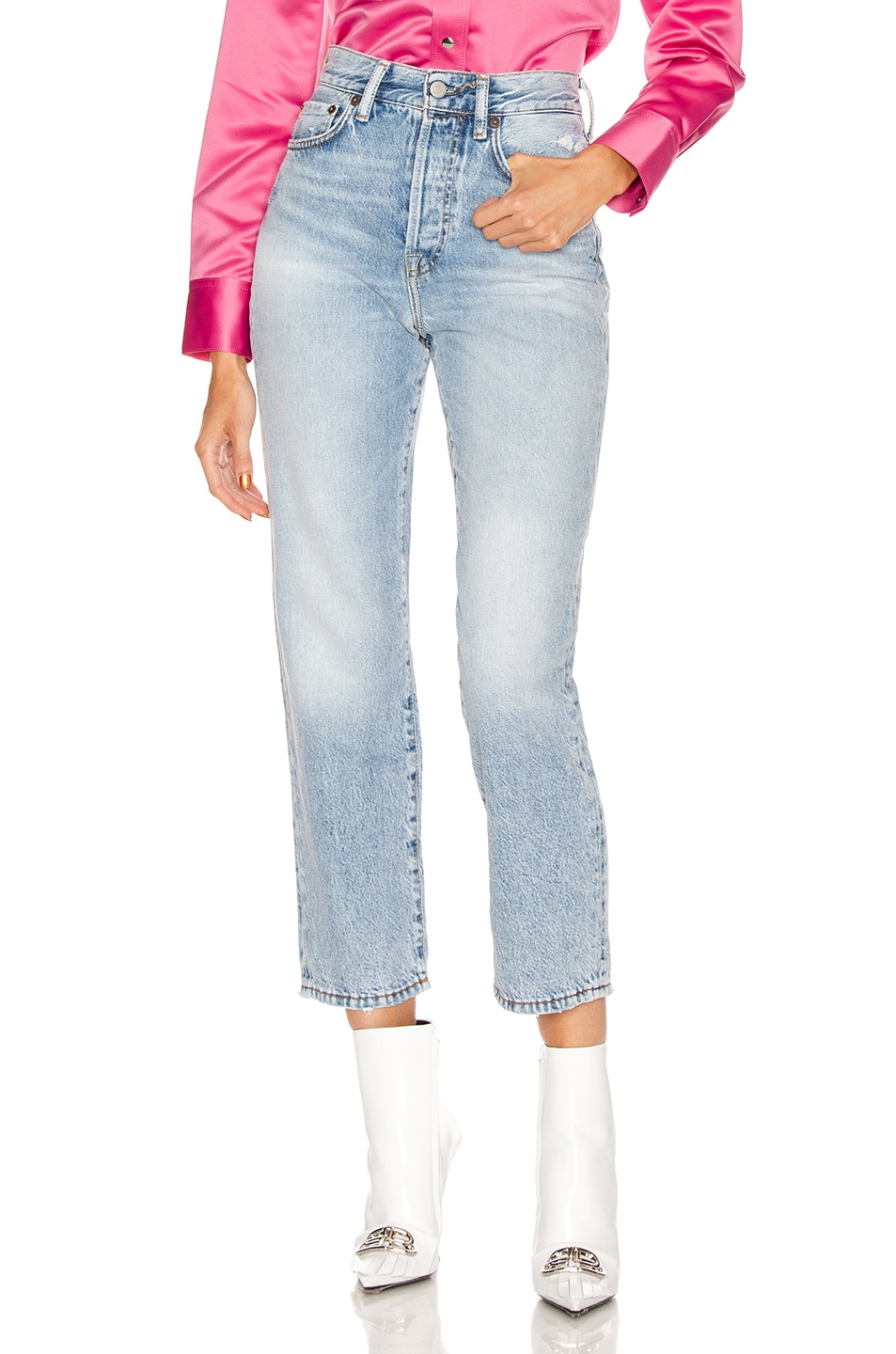 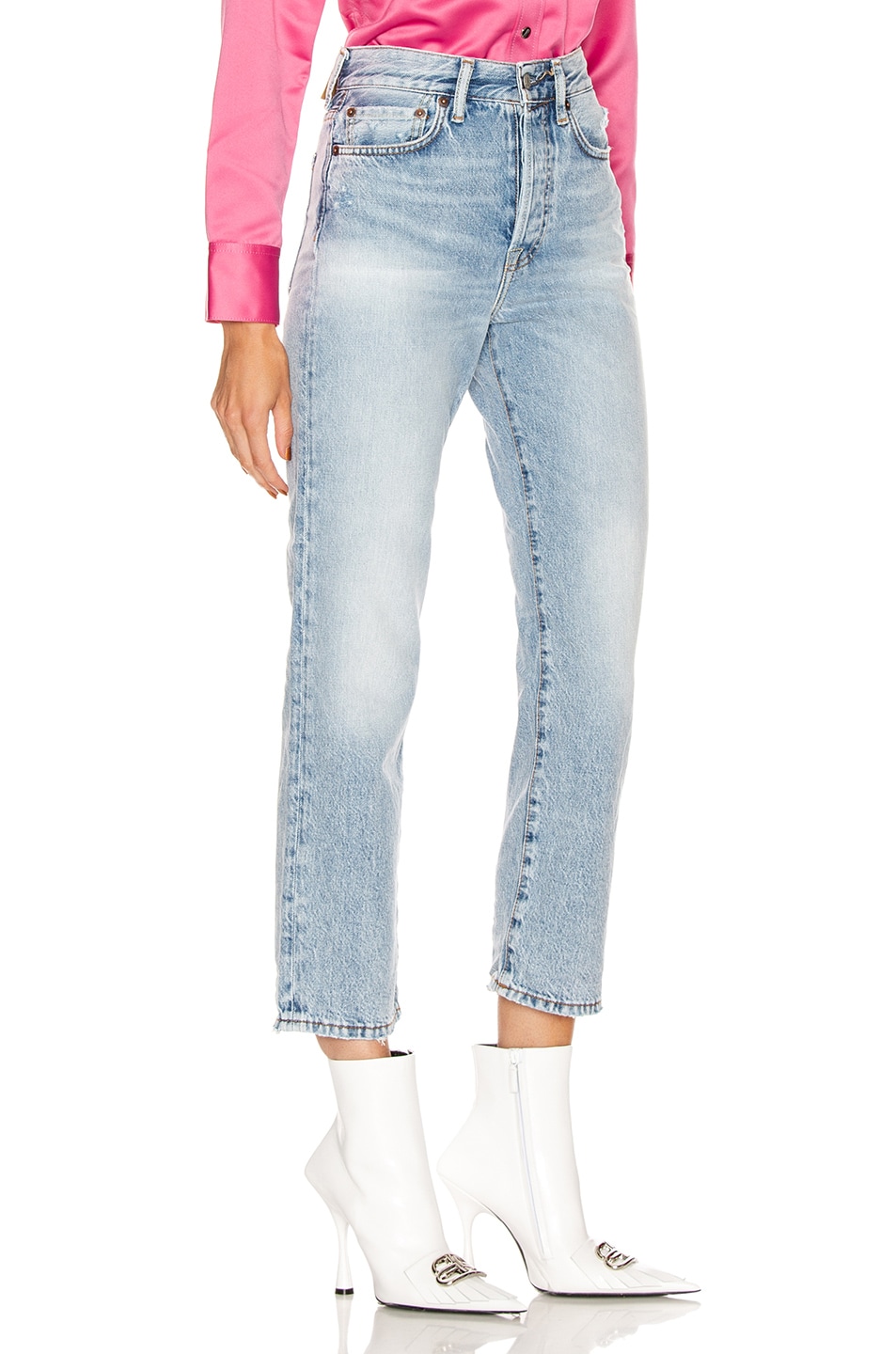 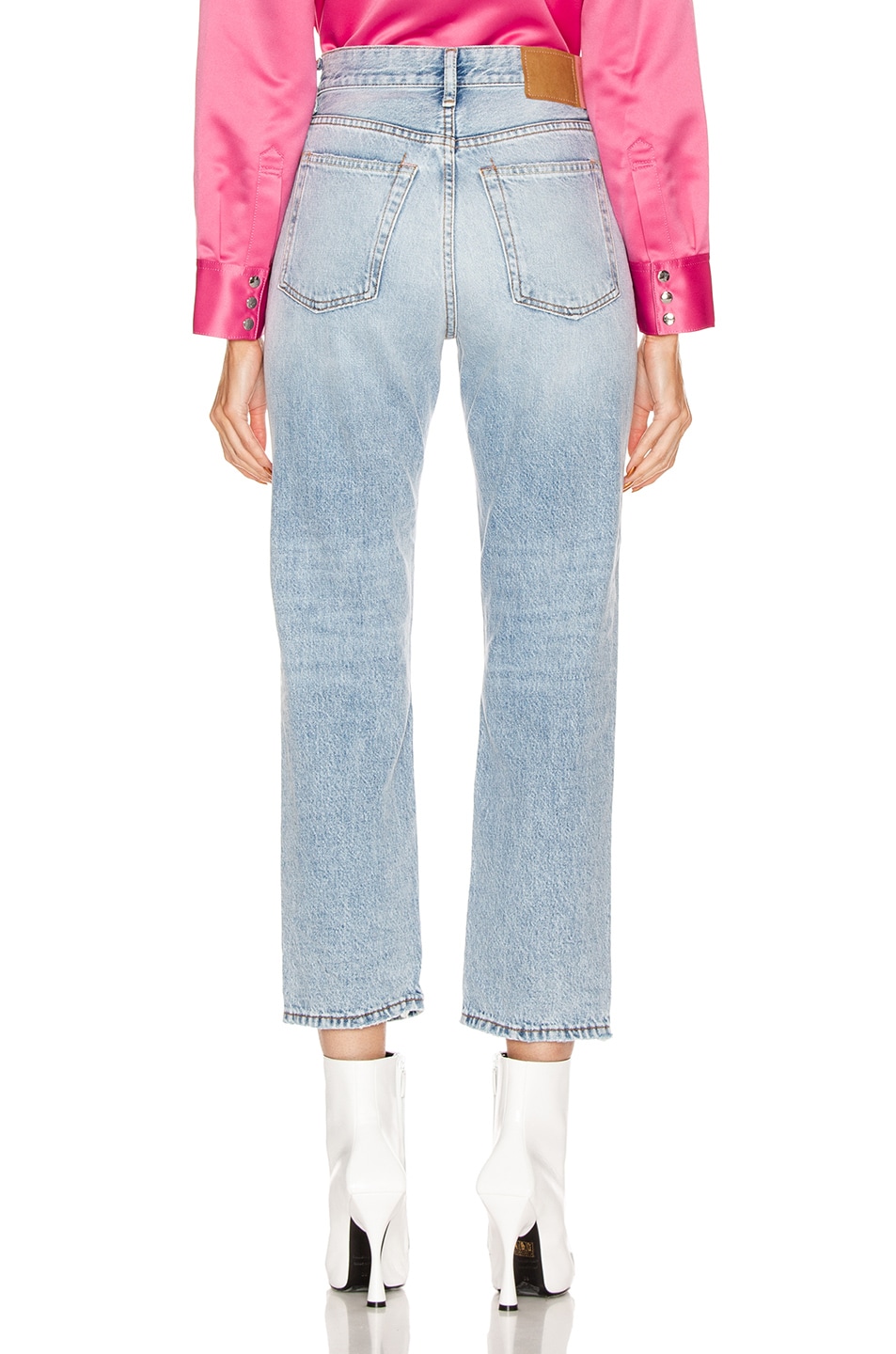 100% cotton. Made in Italy. Machine wash. Button fly. Whiskering and fading detail along front. 5-pocket design. Our Style No. ACNE-WJ121. Manufacturer Style No. A00041.