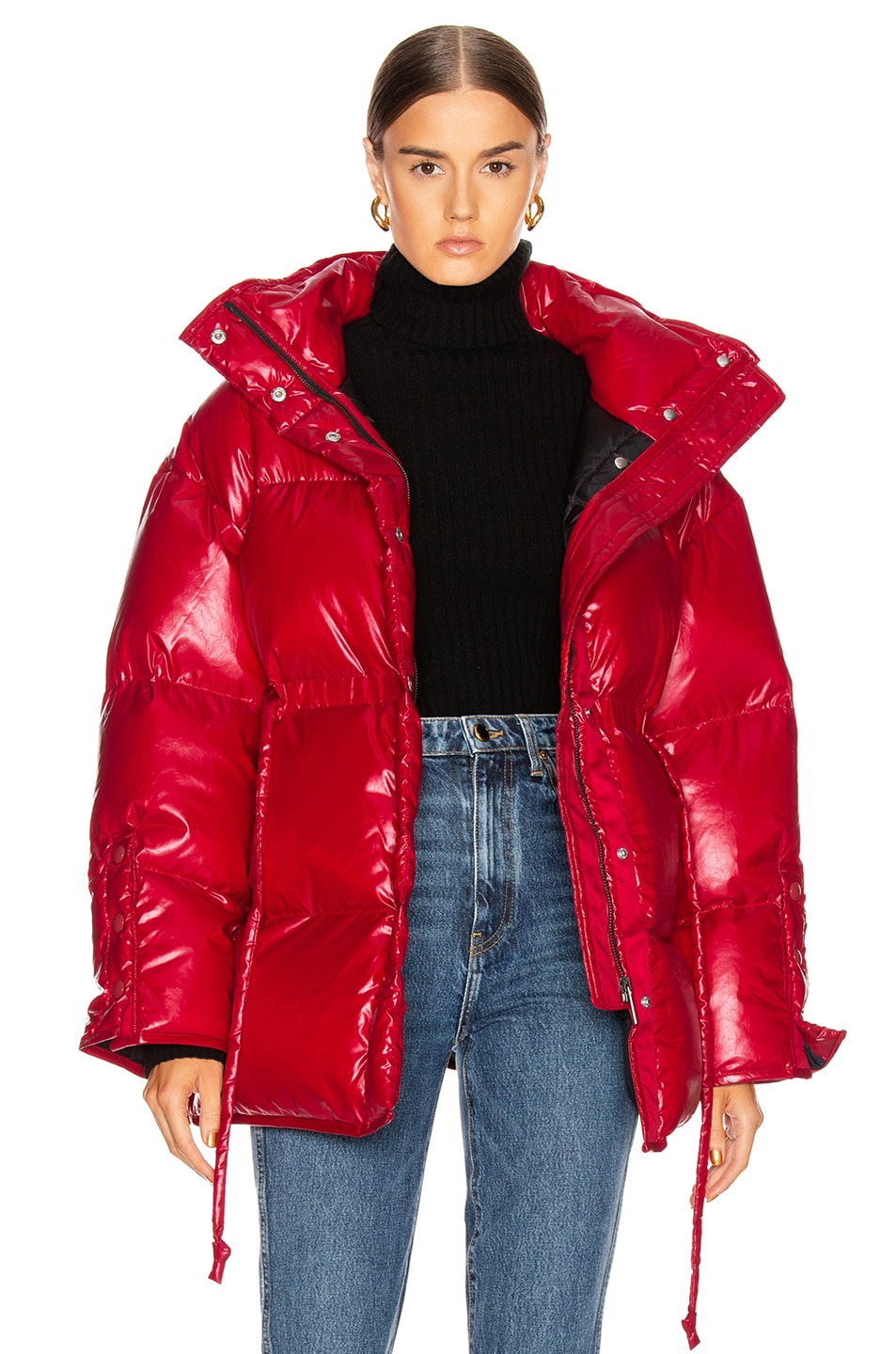 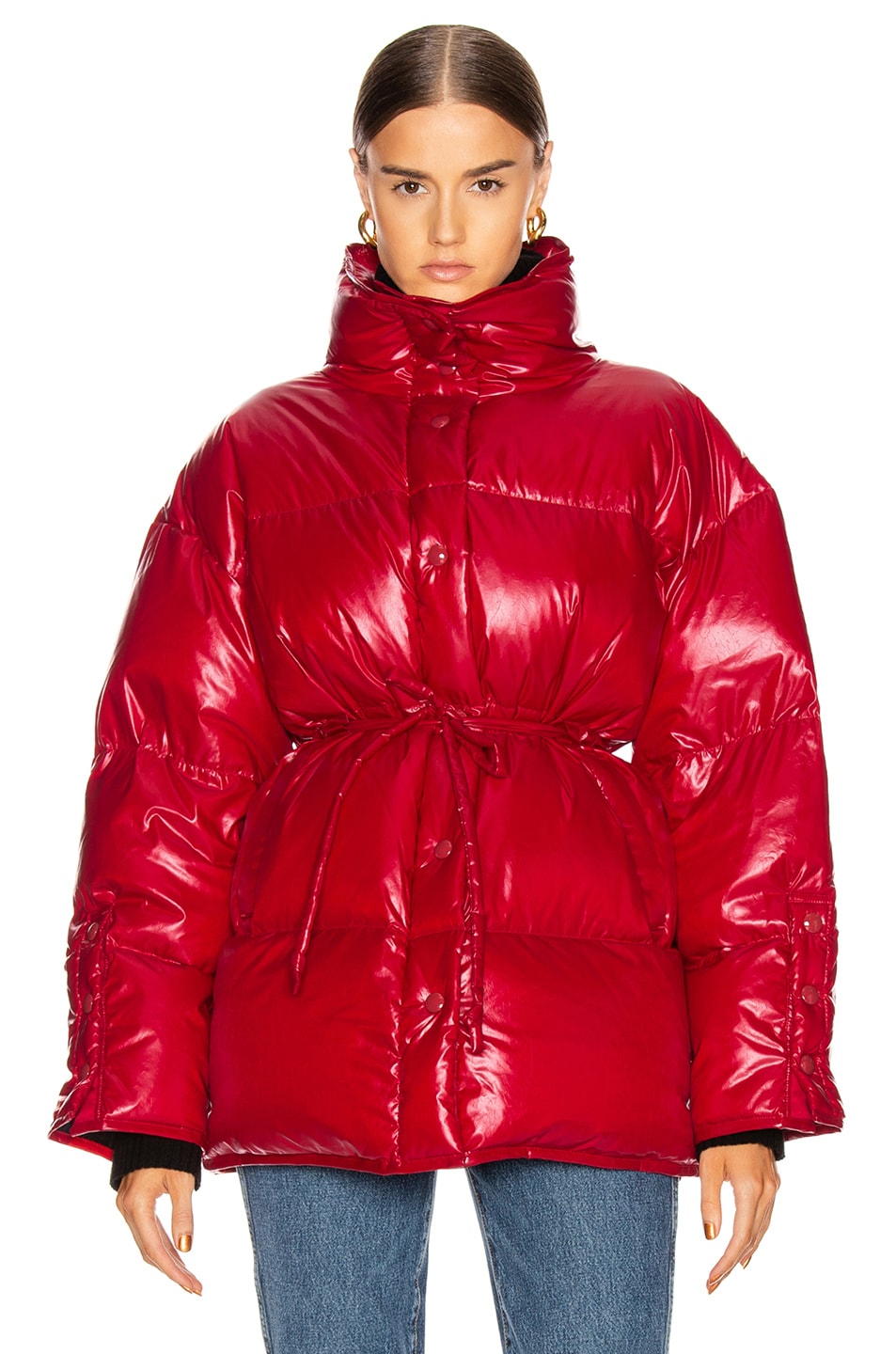 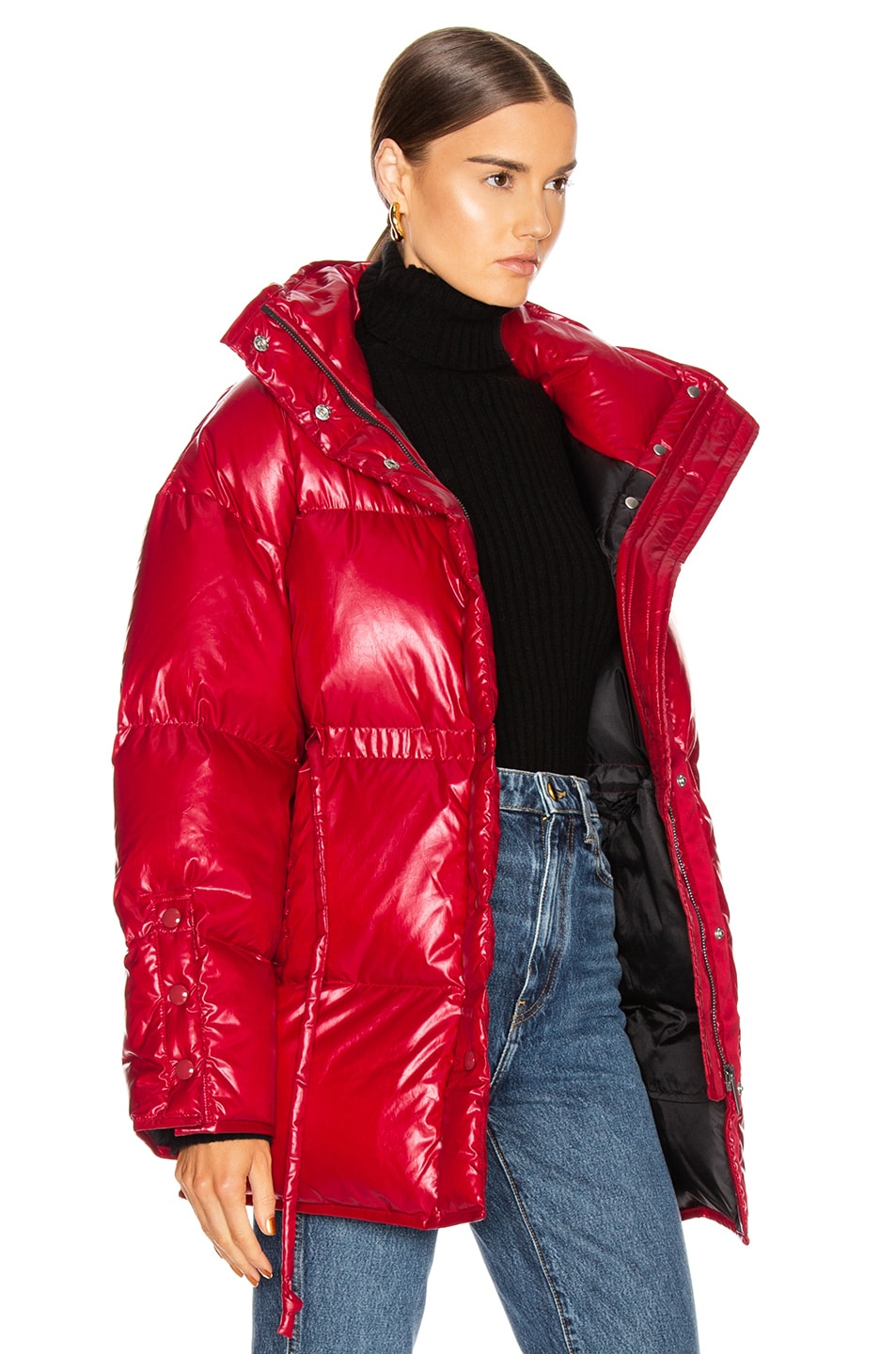 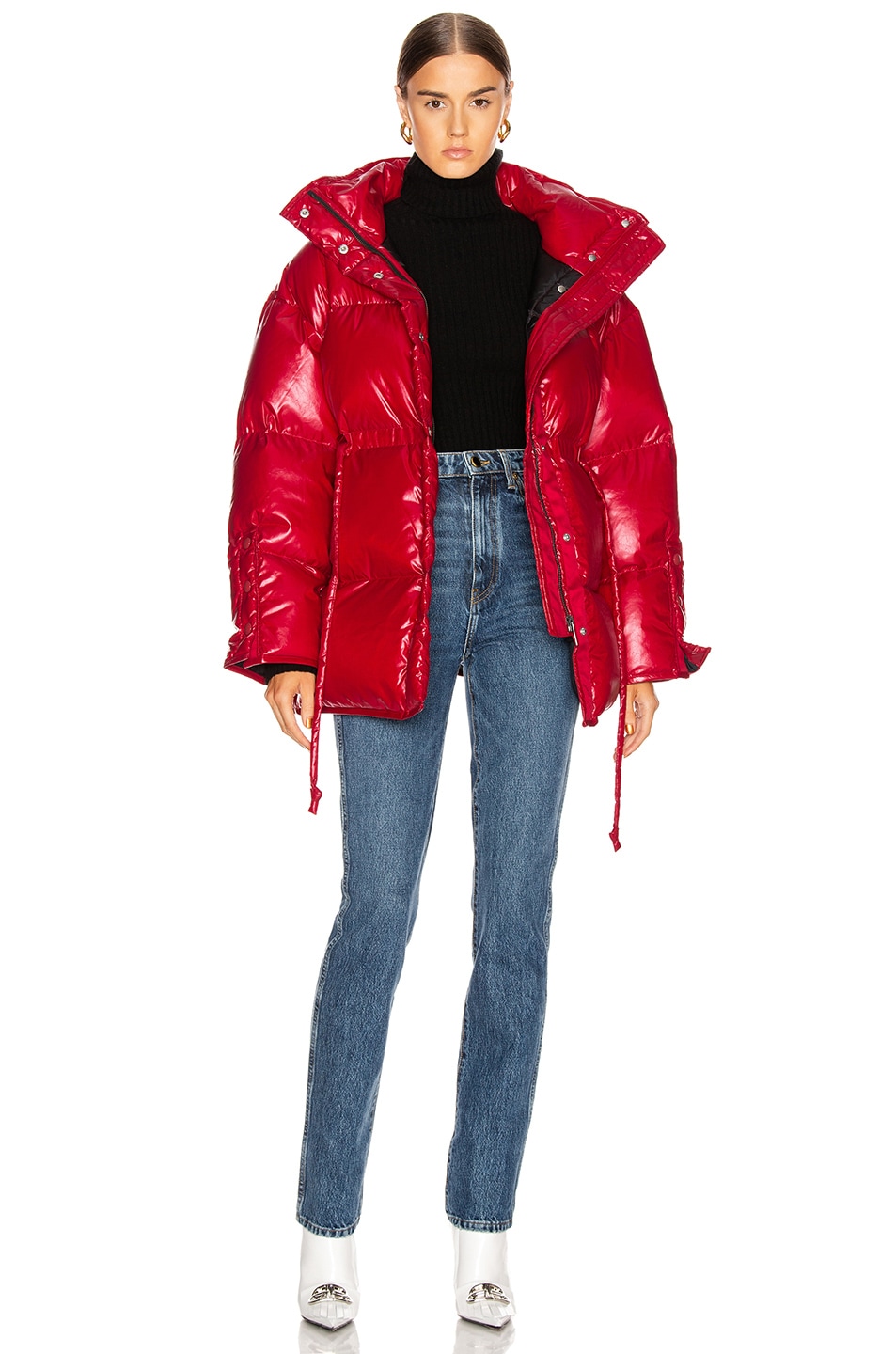 Self & Lining: 100% nylon. Filling: 90% down 10% feathers. Made in China. Dry clean only. Dual zip and snap button front closures. Side welt pockets. Snap button side closures. Drawstring waist. Our Style No. ACNE-WO239. Manufacturer Style No. A90144.