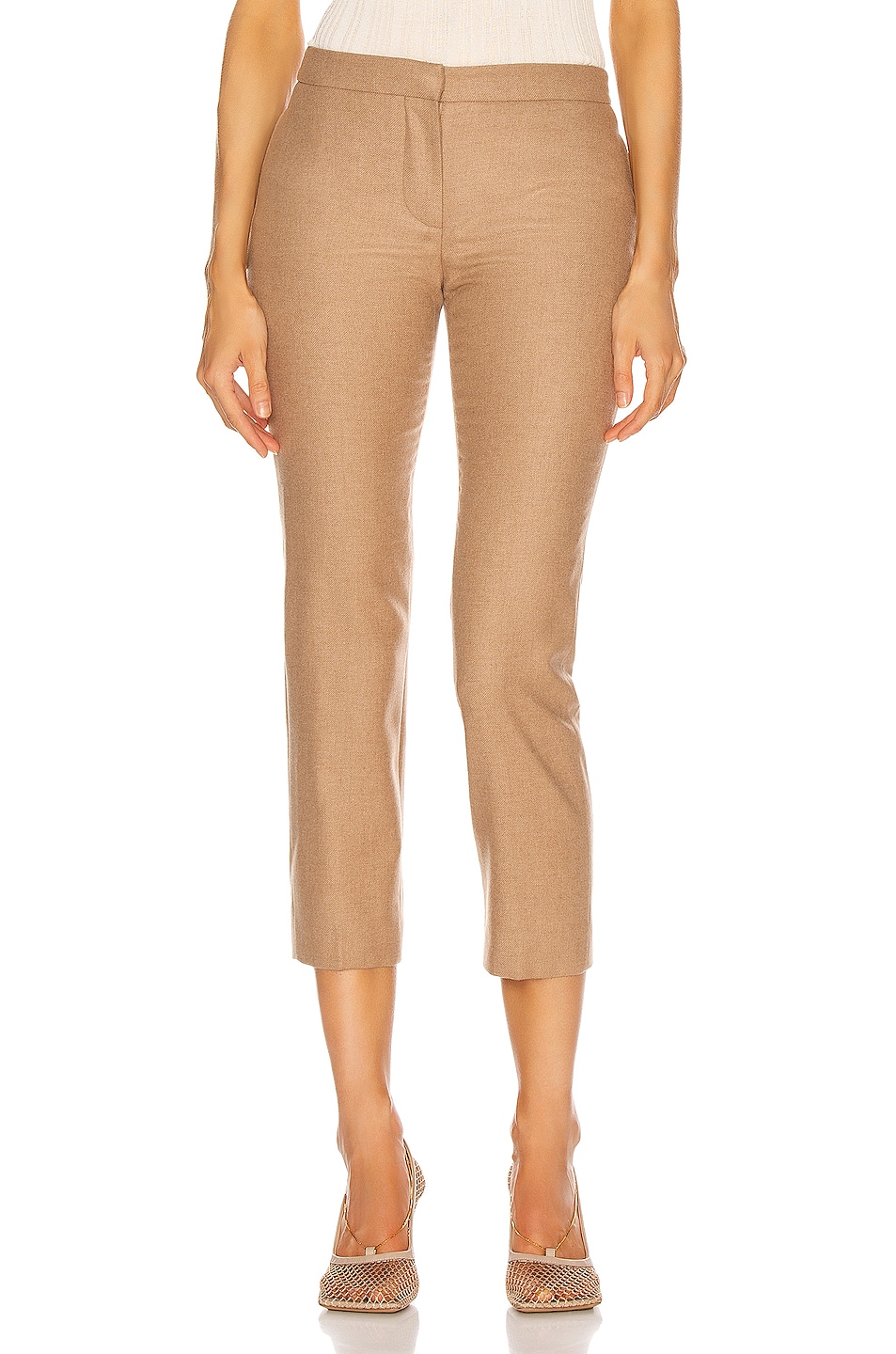 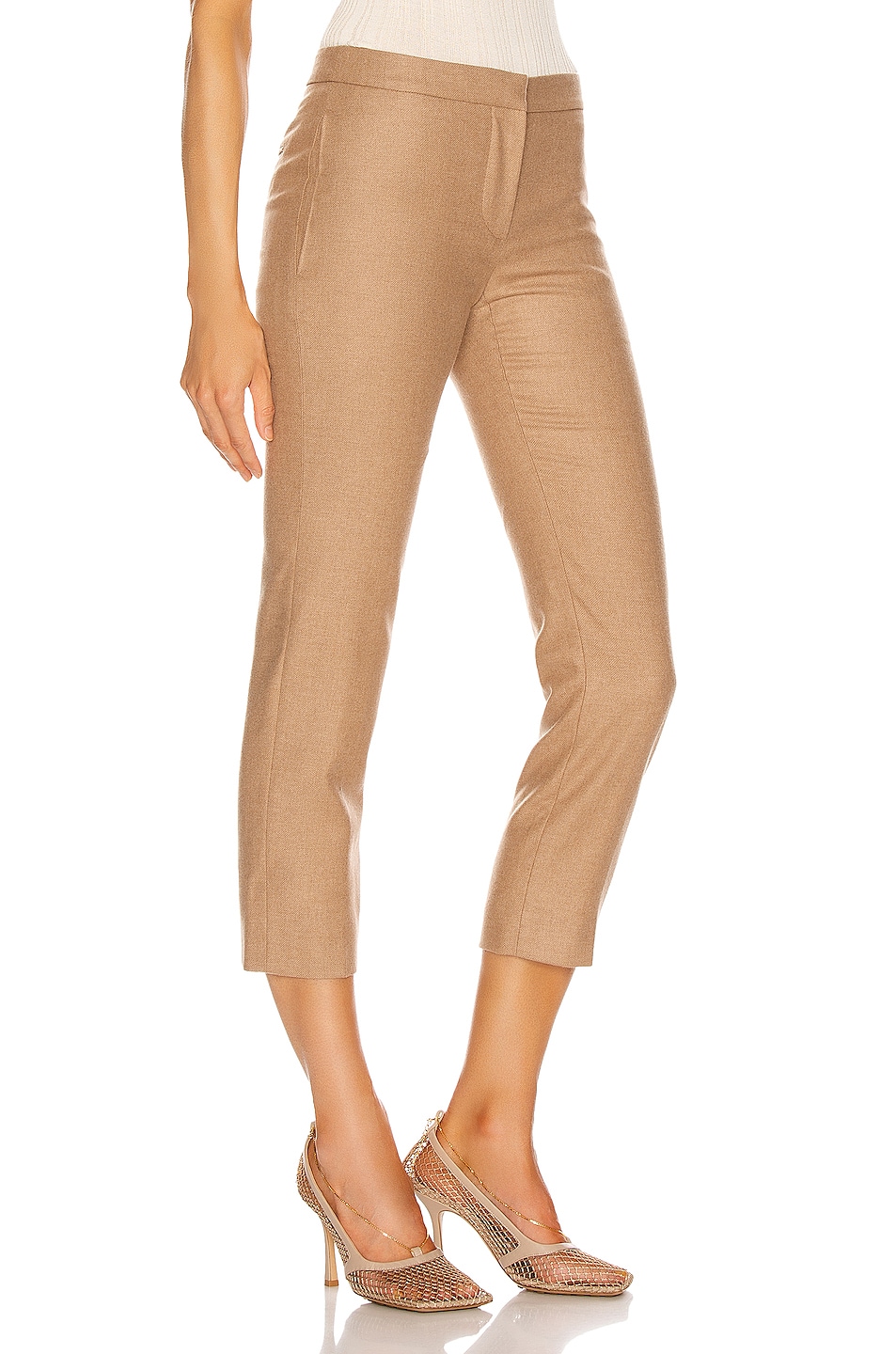 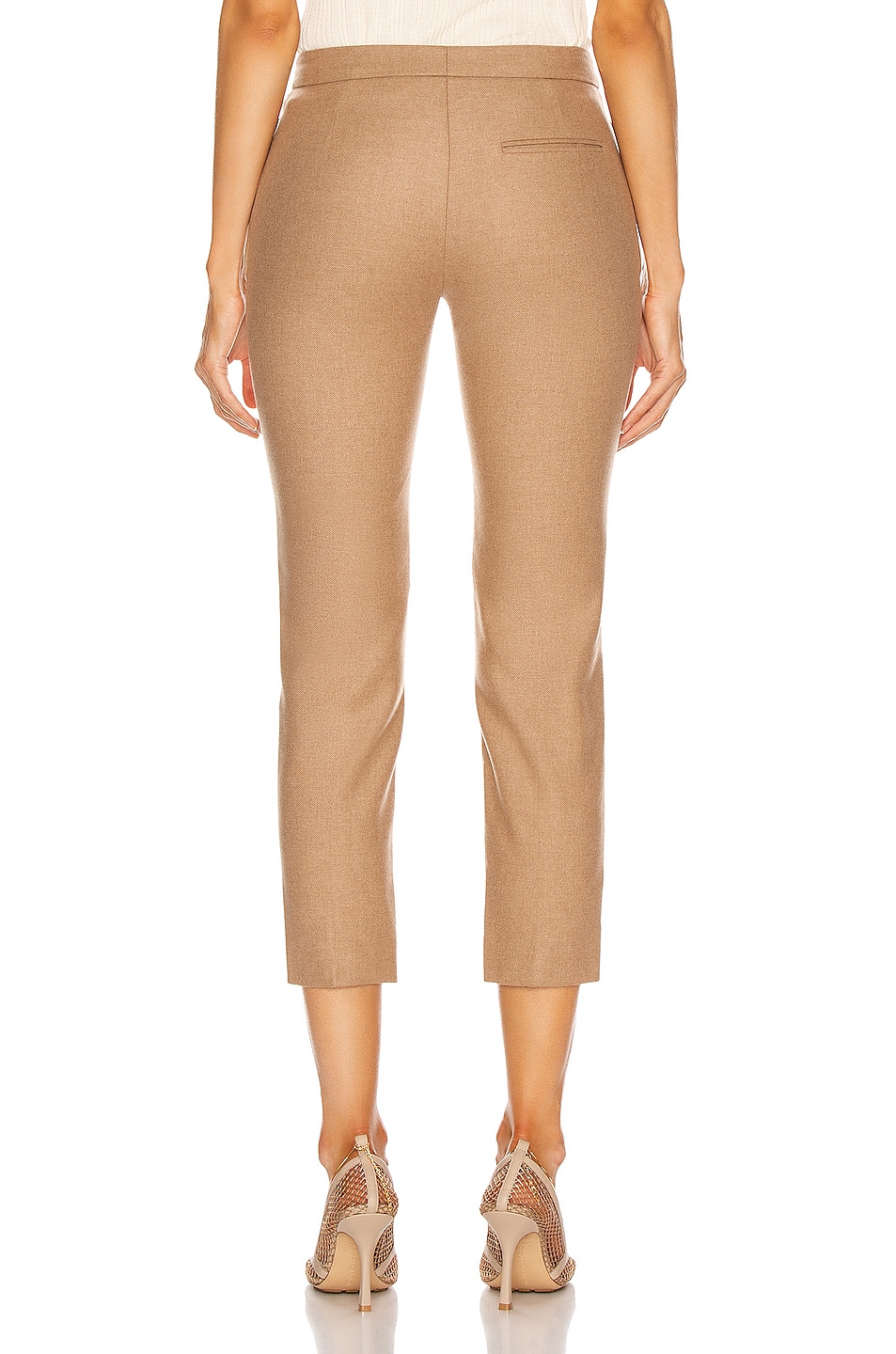 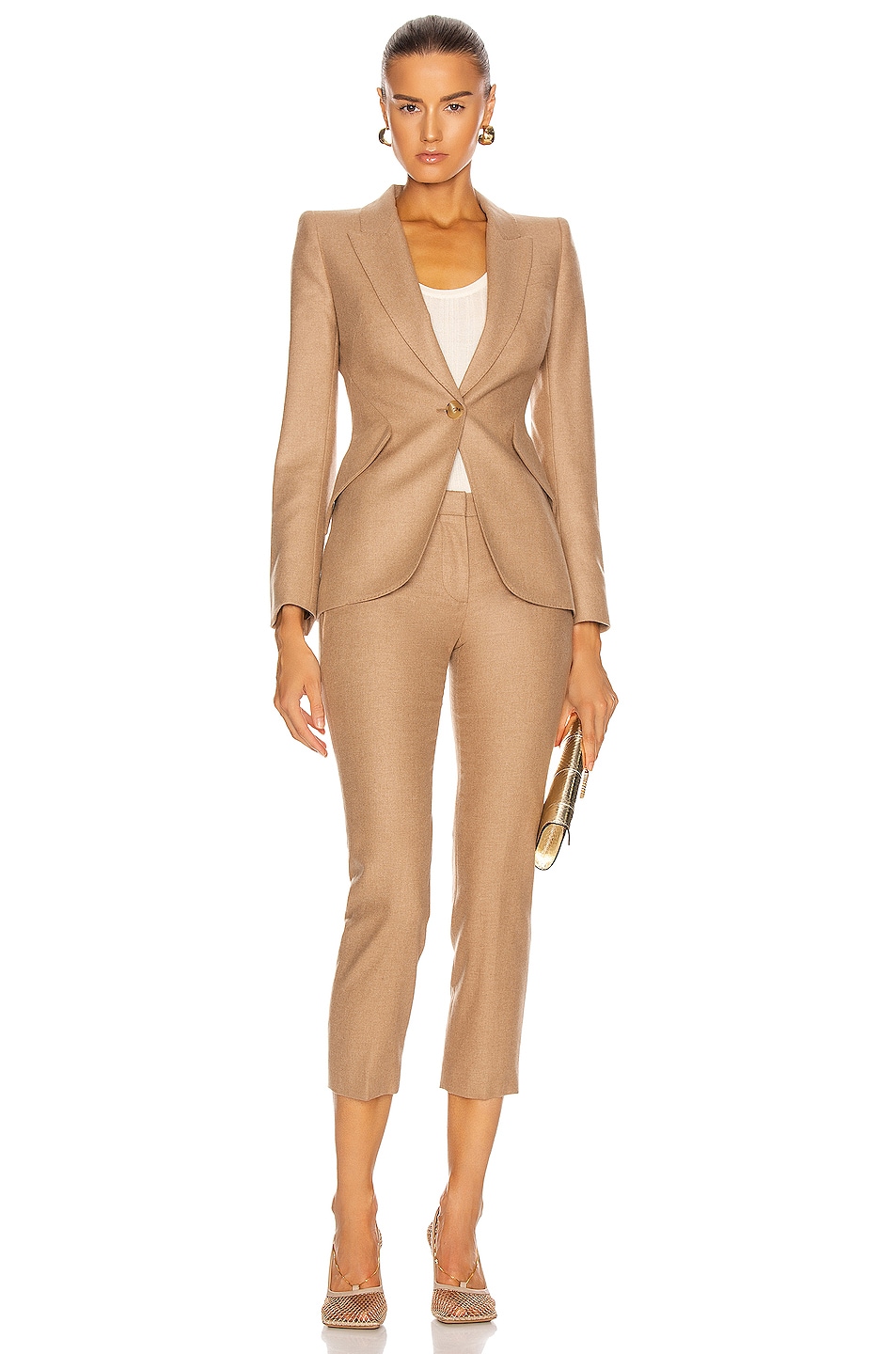 Self: 100% camel hairLining: 100% cupro. Made in Italy. Dry clean only. Zip fly with hook and bar closure. Side slit pockets. Back welt pocket. Our Style No. AMCQ-WP57. Manufacturer Style No. 631818QKAAM.