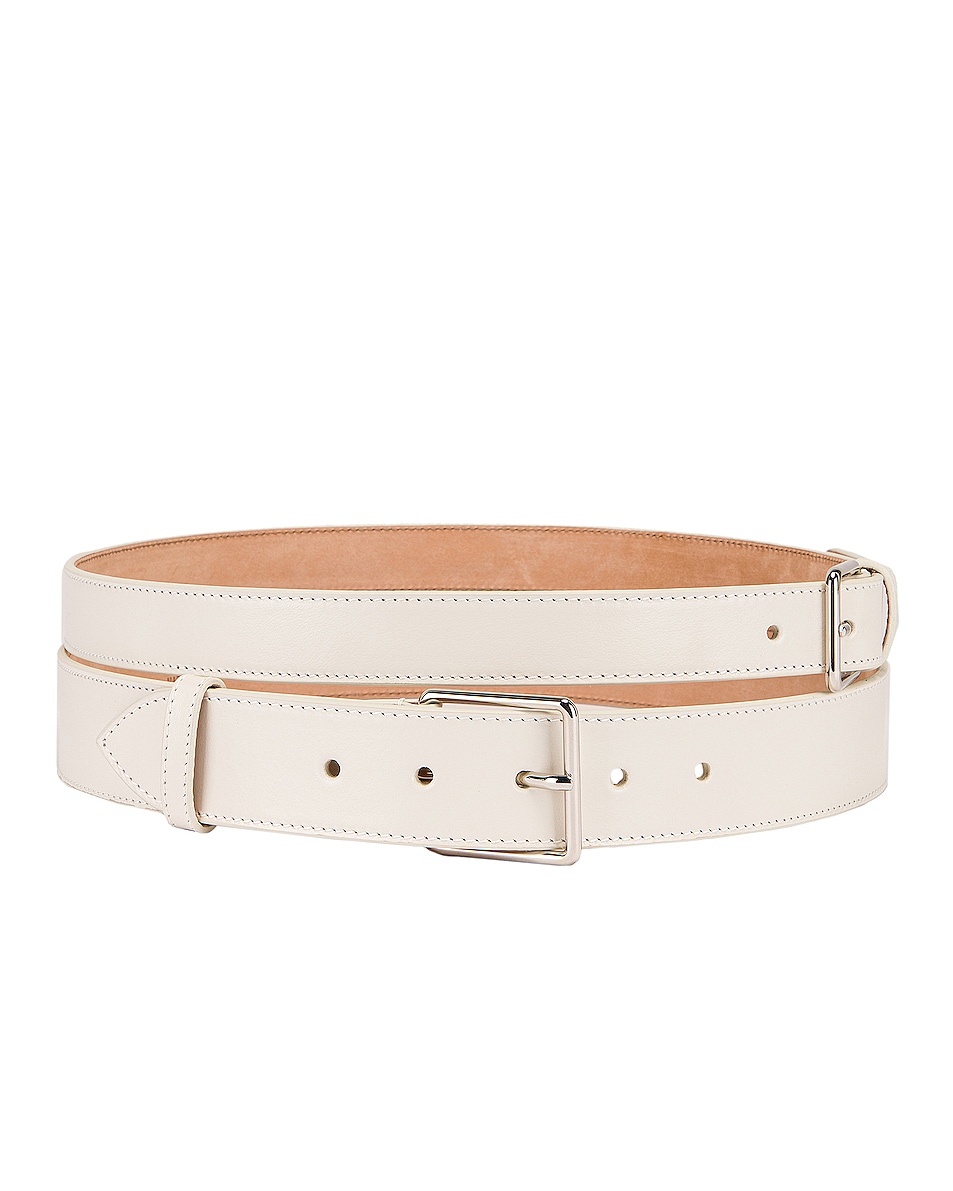 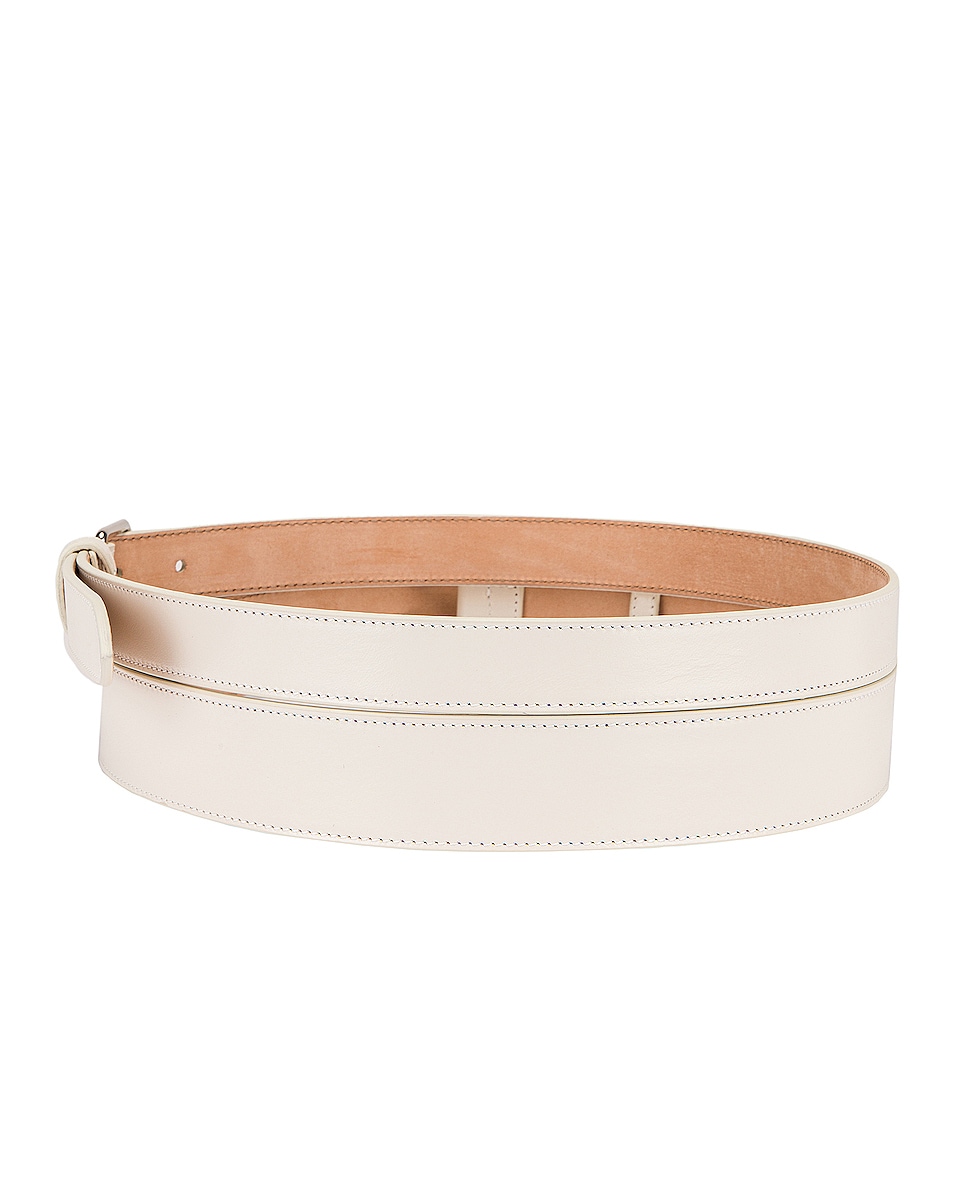 Calfskin leather. Made in Italy. Measures approx 2.25" in height. Silver-tone double-buckle closure. Our Style No. AMCQ-WA44. Manufacturer Style No. 5941881BR0I.