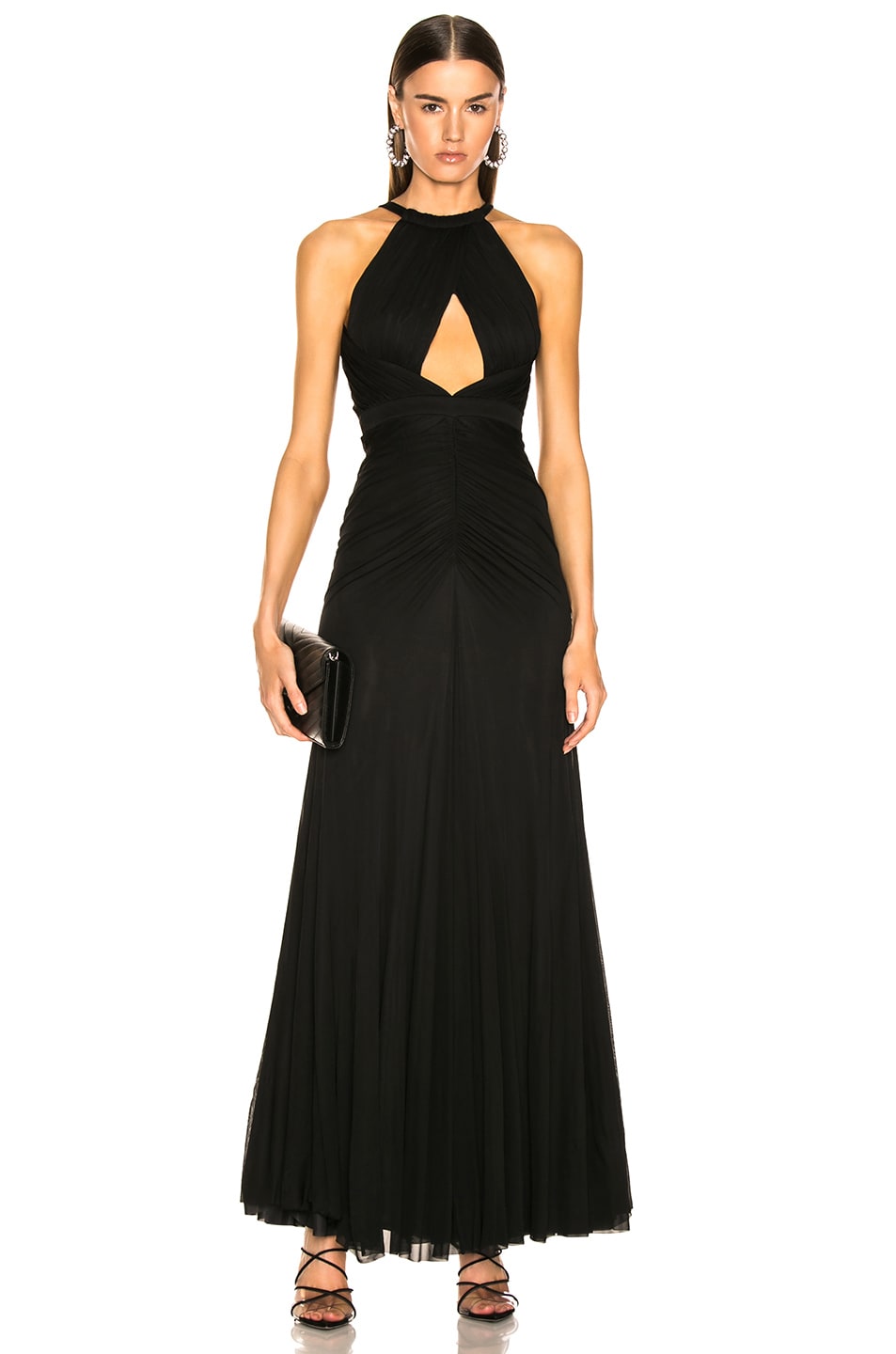 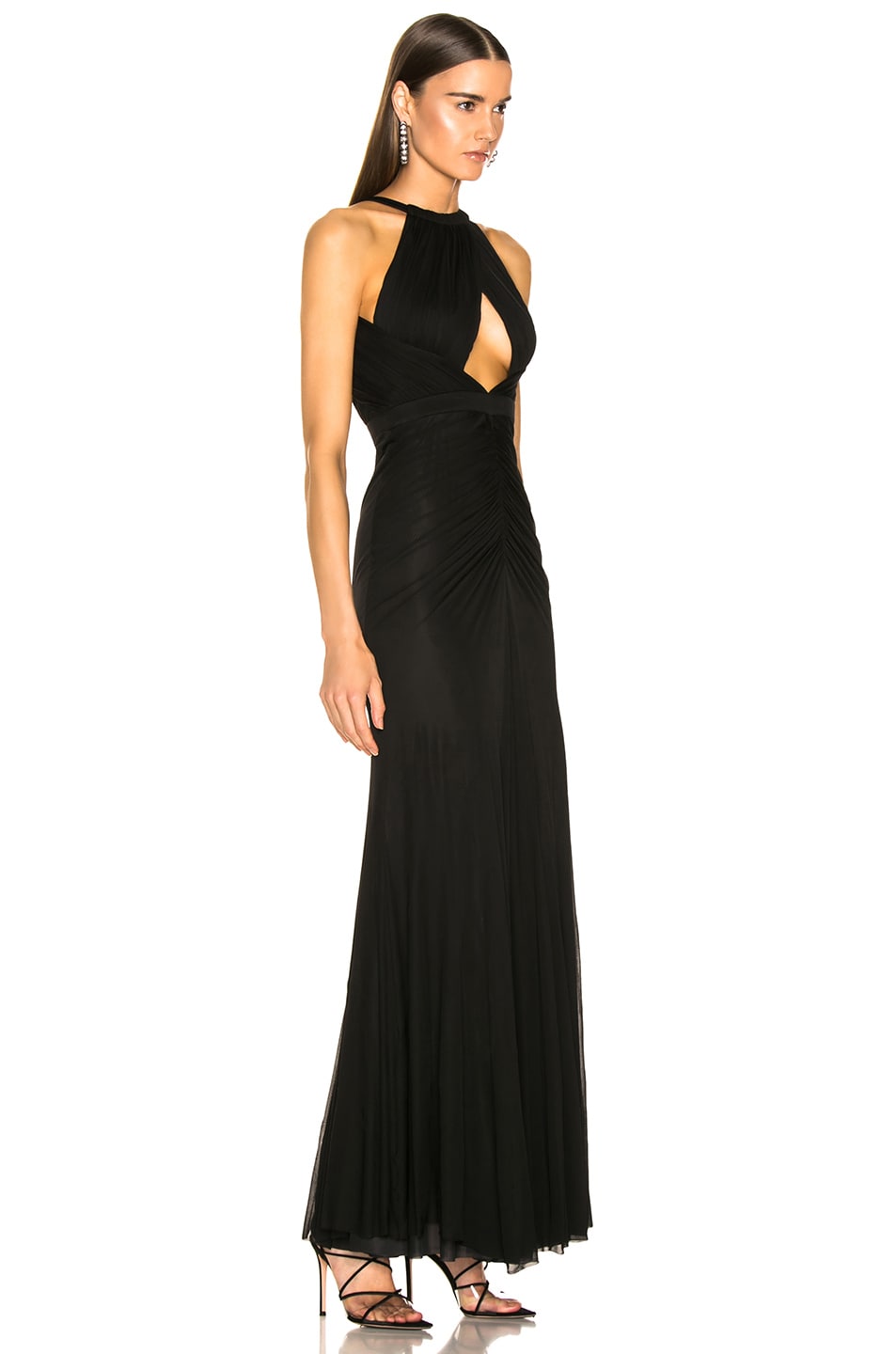 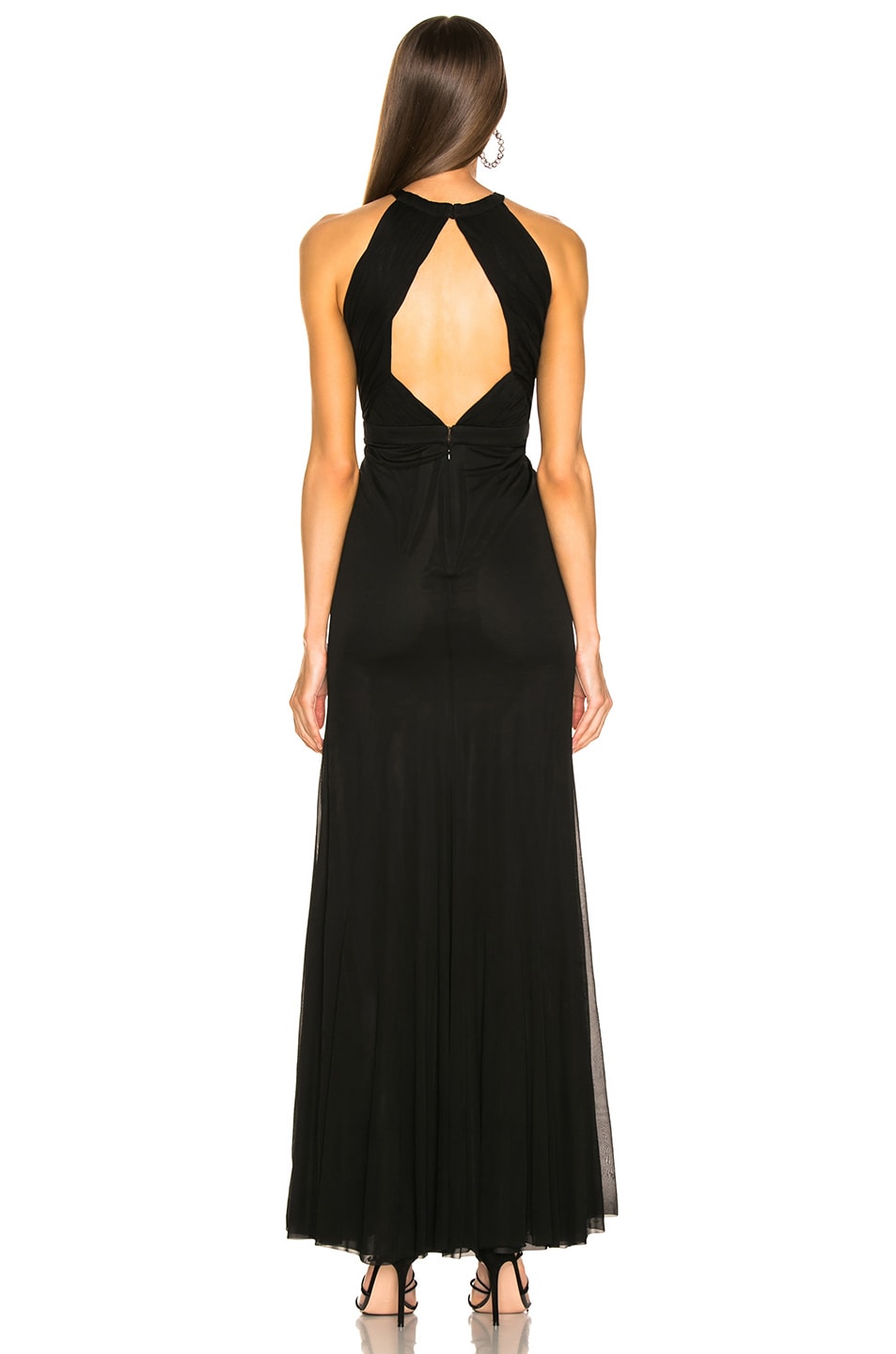 Self: 100% viscose. Lining: 75% polyamide 25% elastan. Made in Italy. Dry clean only. Crossover neckline with cut out detail. Hidden back zip closure. Cut out detail on back with button closure. Micro pleated fabric detail. Our Style No. AMCQ-WD144. Manufacturer Style No. 548320QML02.