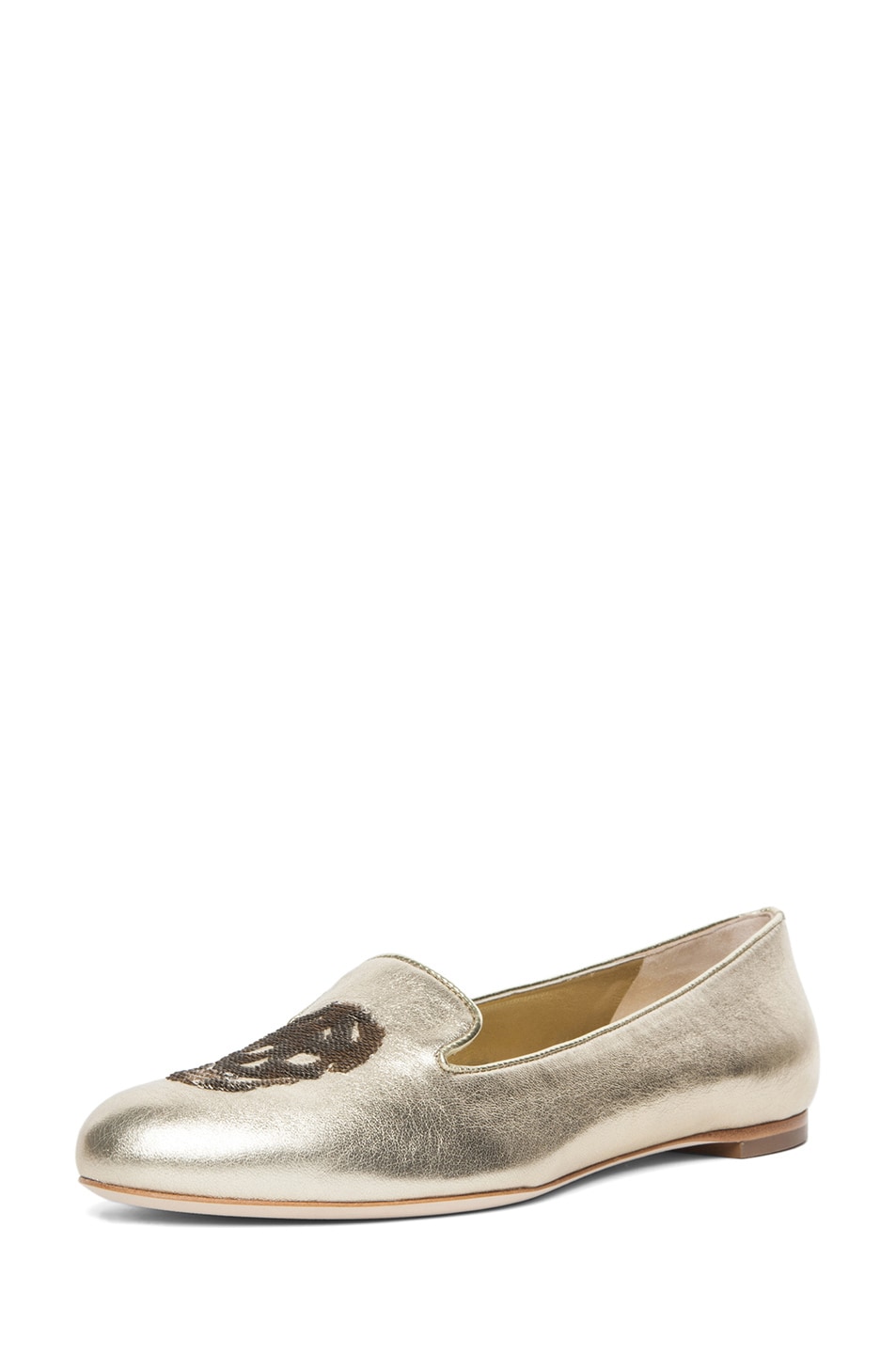 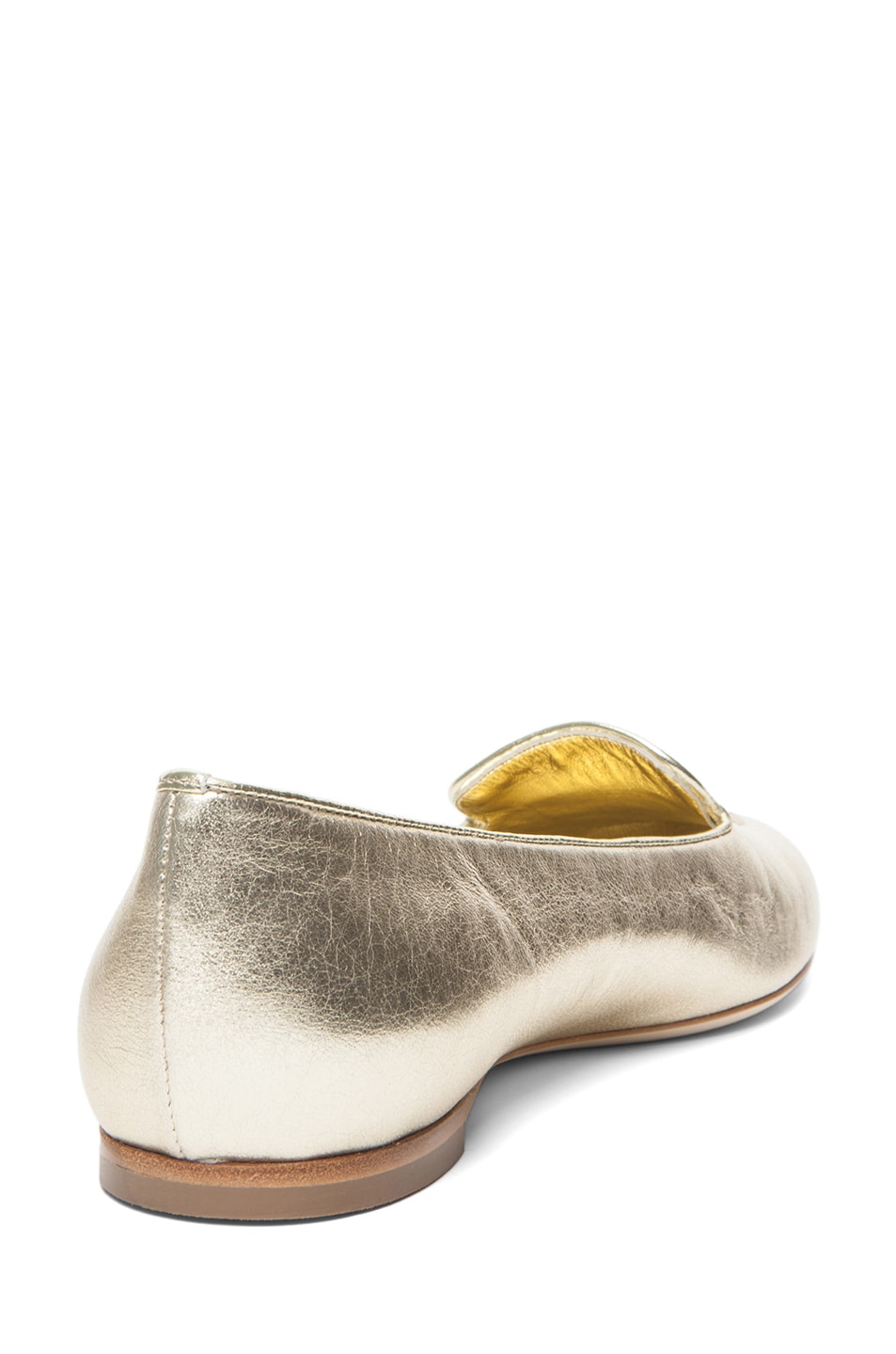 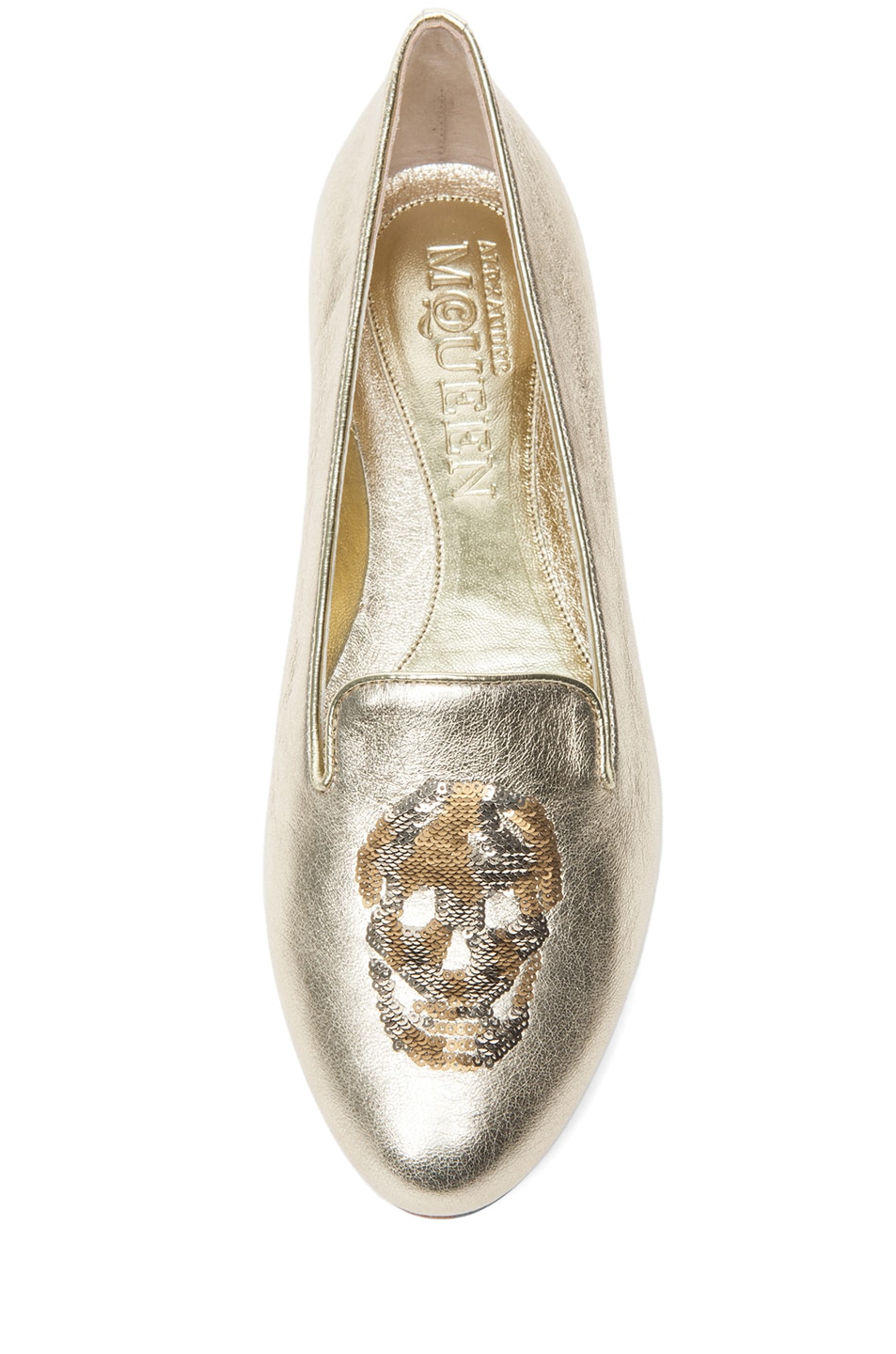 Metallic leather upper with leather sole. Made in Italy. Sequin skull embellishment on toe. Our Style No. AMCQ-WZ25. Manufacturer Style No. 294034 WHAK2.