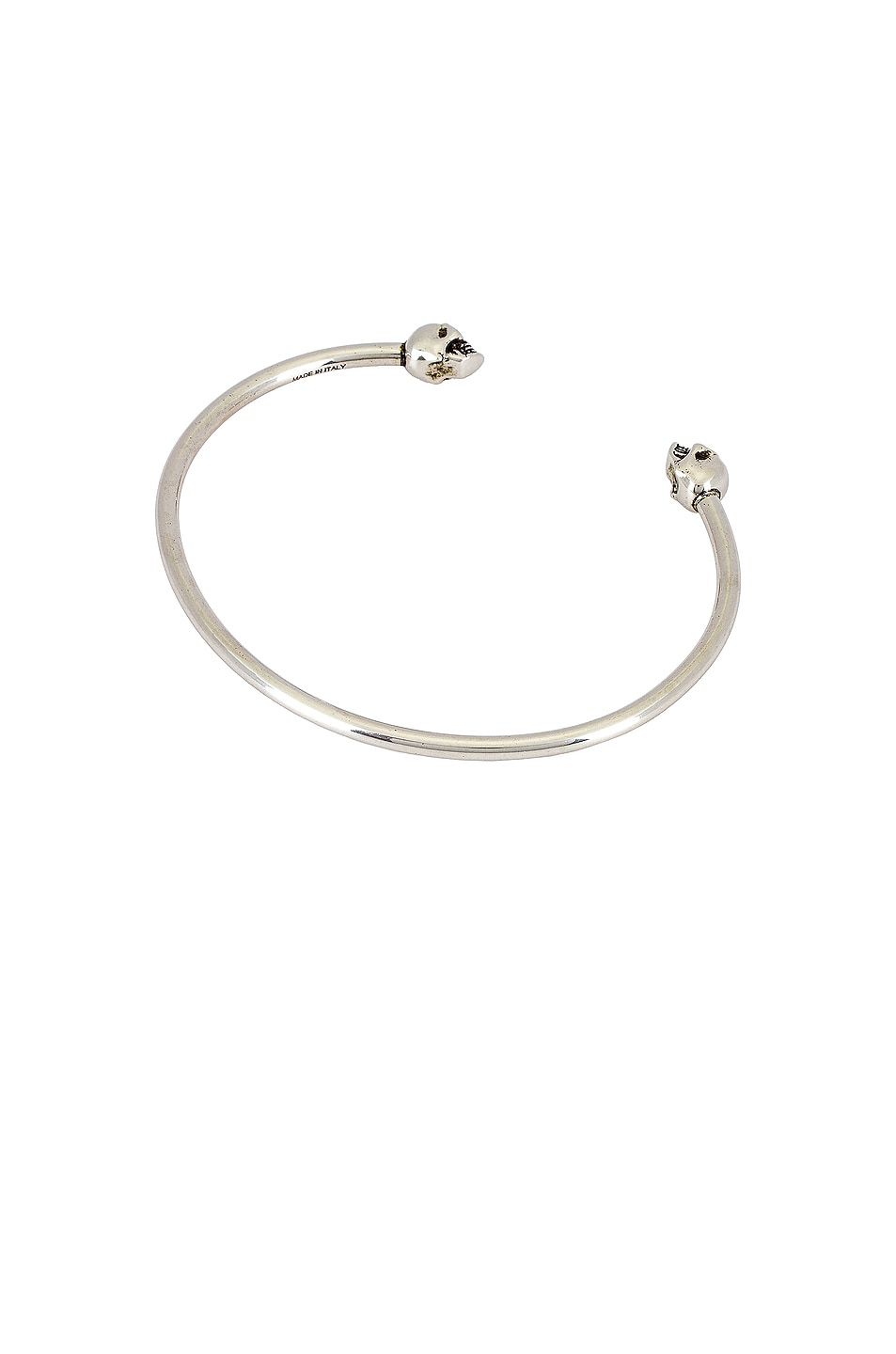 Brass hardware with an antique silver finish. Made in Italy. Twin skull bracelet featuring a 3D textured snake detail. Nickel-free. Alexander McQueen signature engraved on the inside part.. Our Style No. AMCQ-ML19. Manufacturer Style No. 554479J160Y.