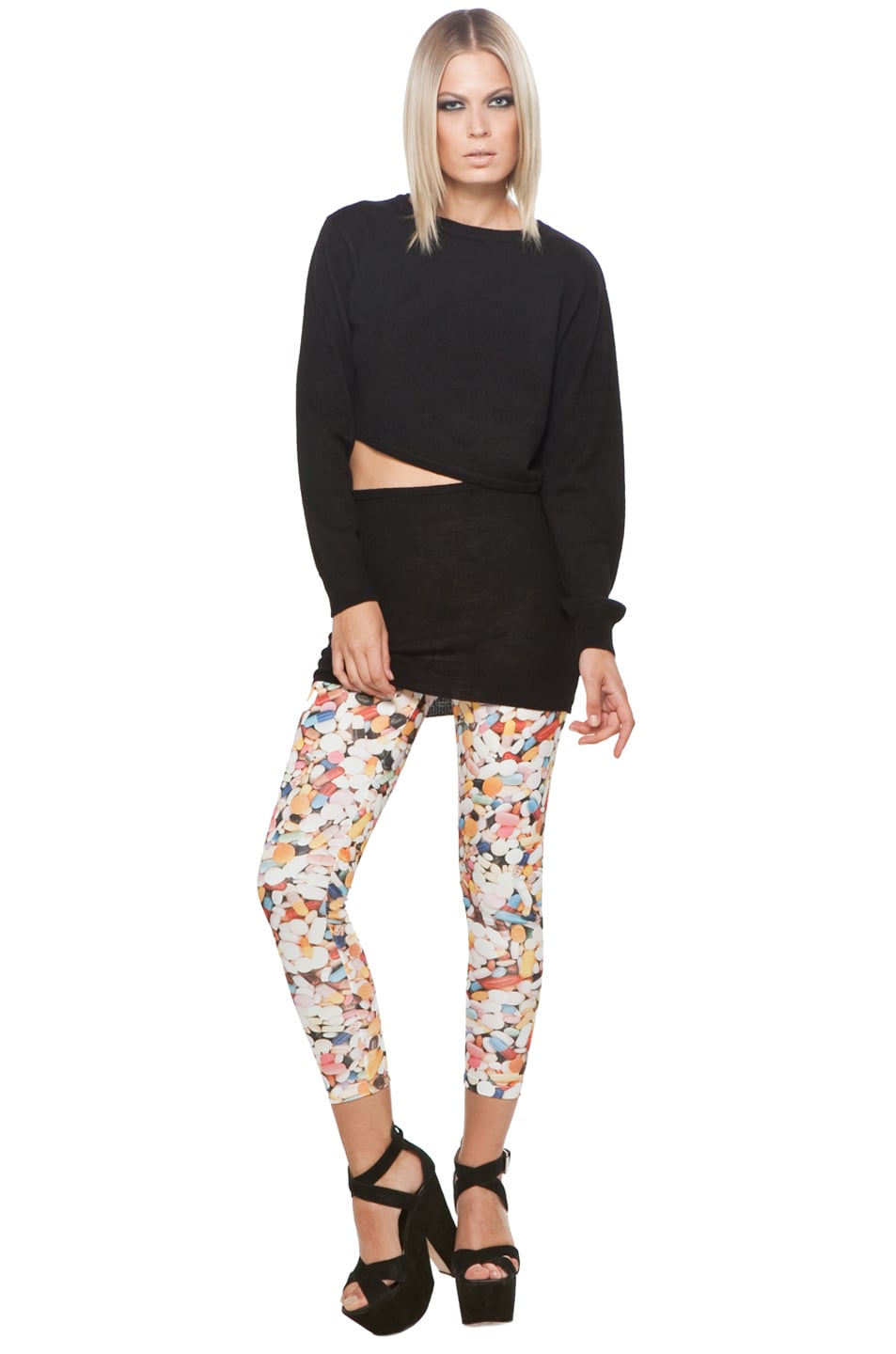 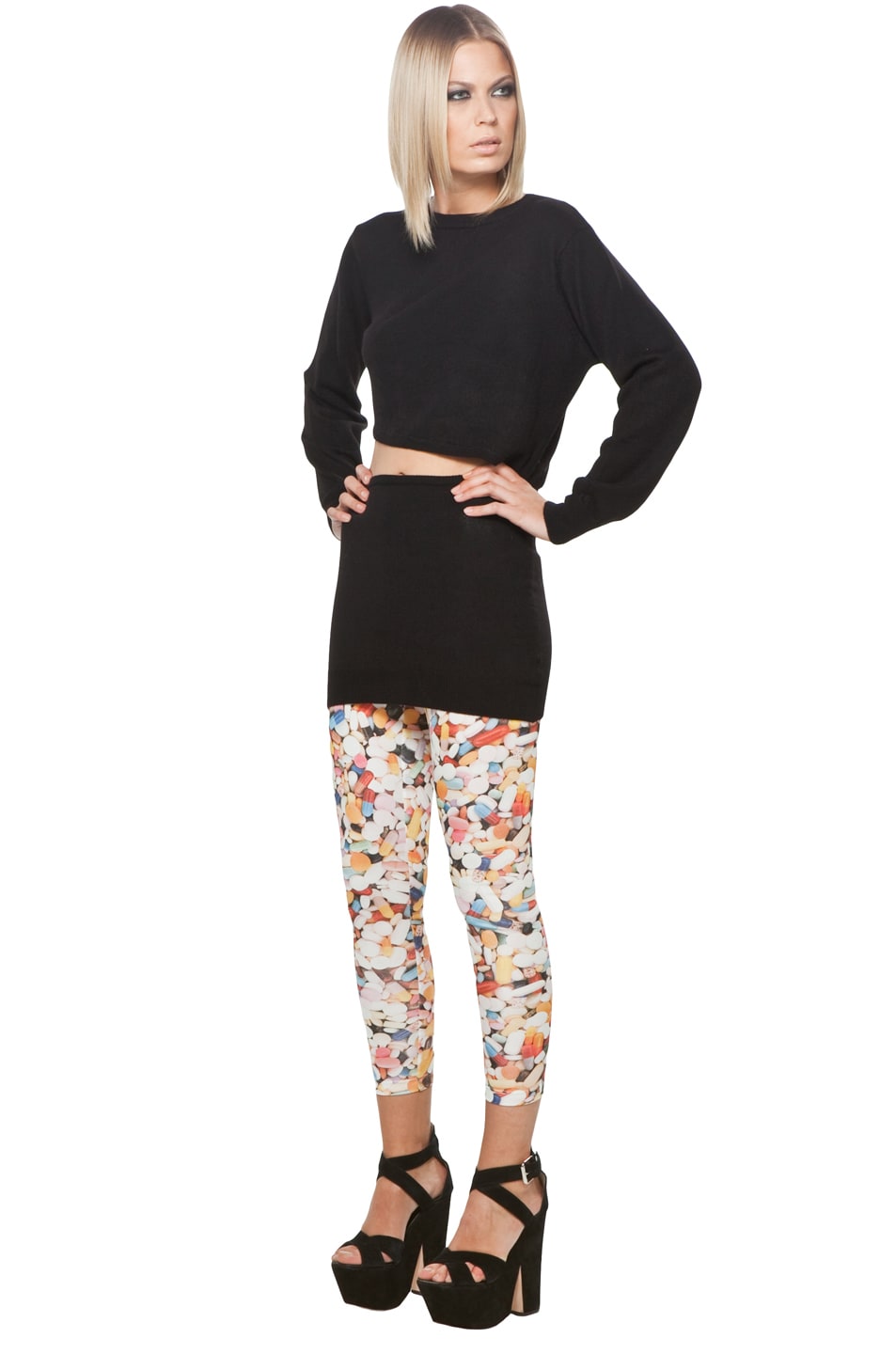 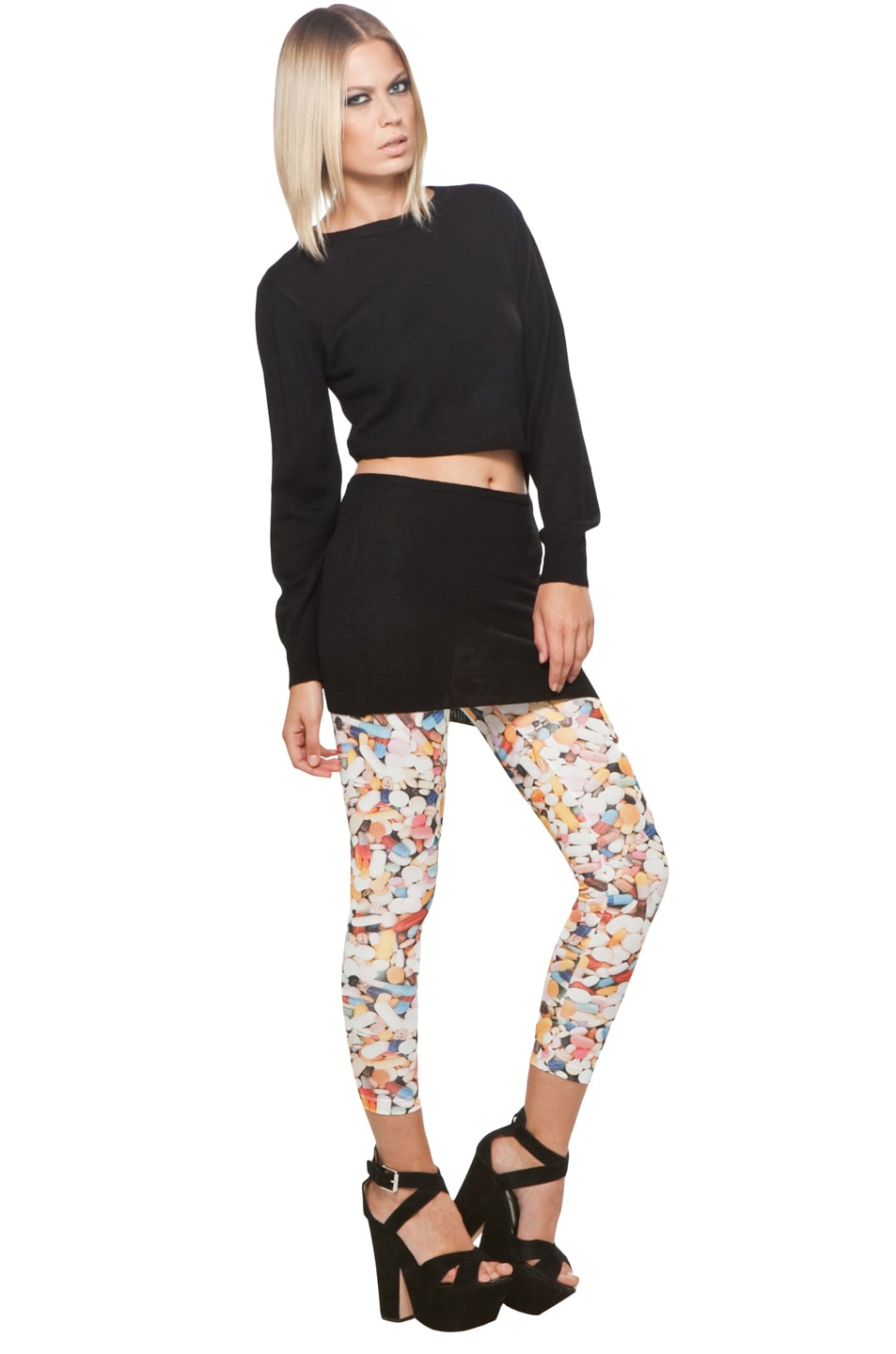 100% wool. Made in USA. Unlined. Knitted fabric. Asymmetrical cut out at waist. Our Style No. JSCT-WD19. Manufacturer Style No. KD09.

Jeremy Scott has been an influential force in the fashion industry for over ten years. After attending New York's Pratt Institute, Scott headed to Paris in 1997 to debut his first runway collection. He quickly achieved international recognition and his quirky, avant-garde, and controversial designs catapulted him to icon status and cult favorite. In 1996 and 1997, he won the Venus de la Mode Award for Best Designer of the Year, and in 1999 the CFDA nominated him for Best Young Designer. An artist at heart, Scott has collaborated on a range of projects with musicians like Bjork and Madonna; styled films; worked behind the camera for i-D, Dazed and Confused, Flaunt, and Paper; and even published a photography book in 2006. Scott has also teamed up with high-profile companies like Swarovski, Christian Louboutin, Stephen Jones, and Adidas.