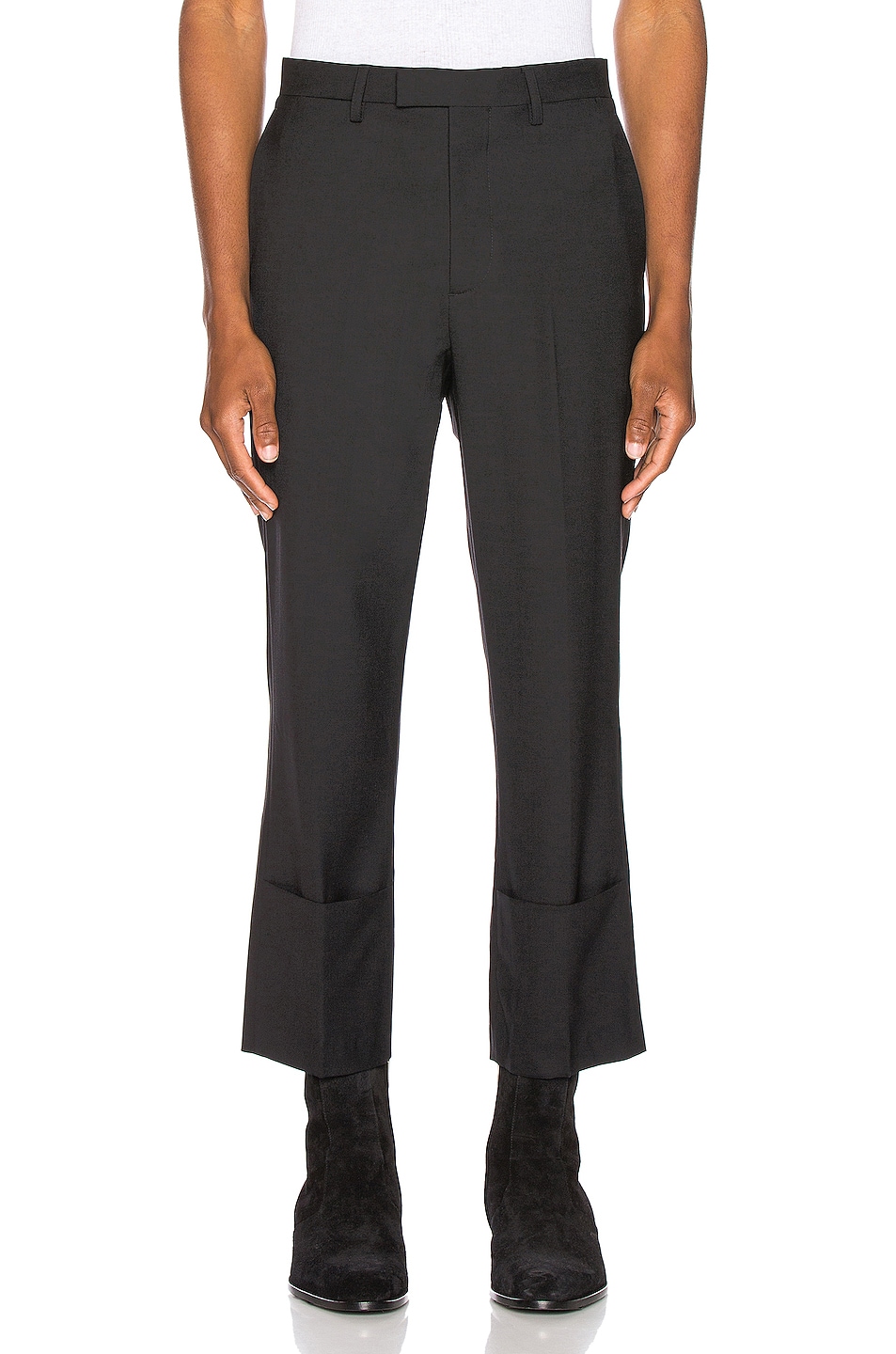 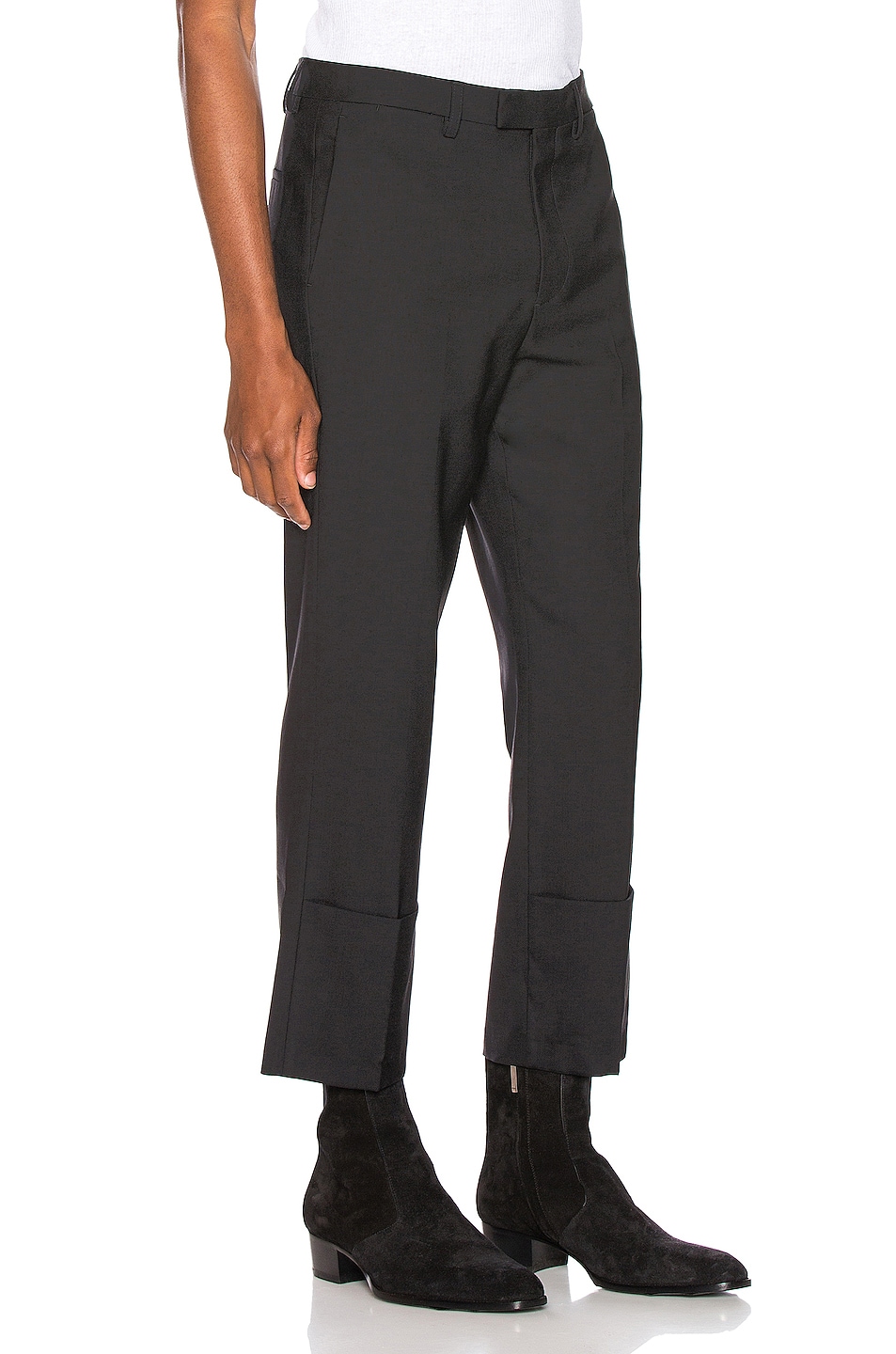 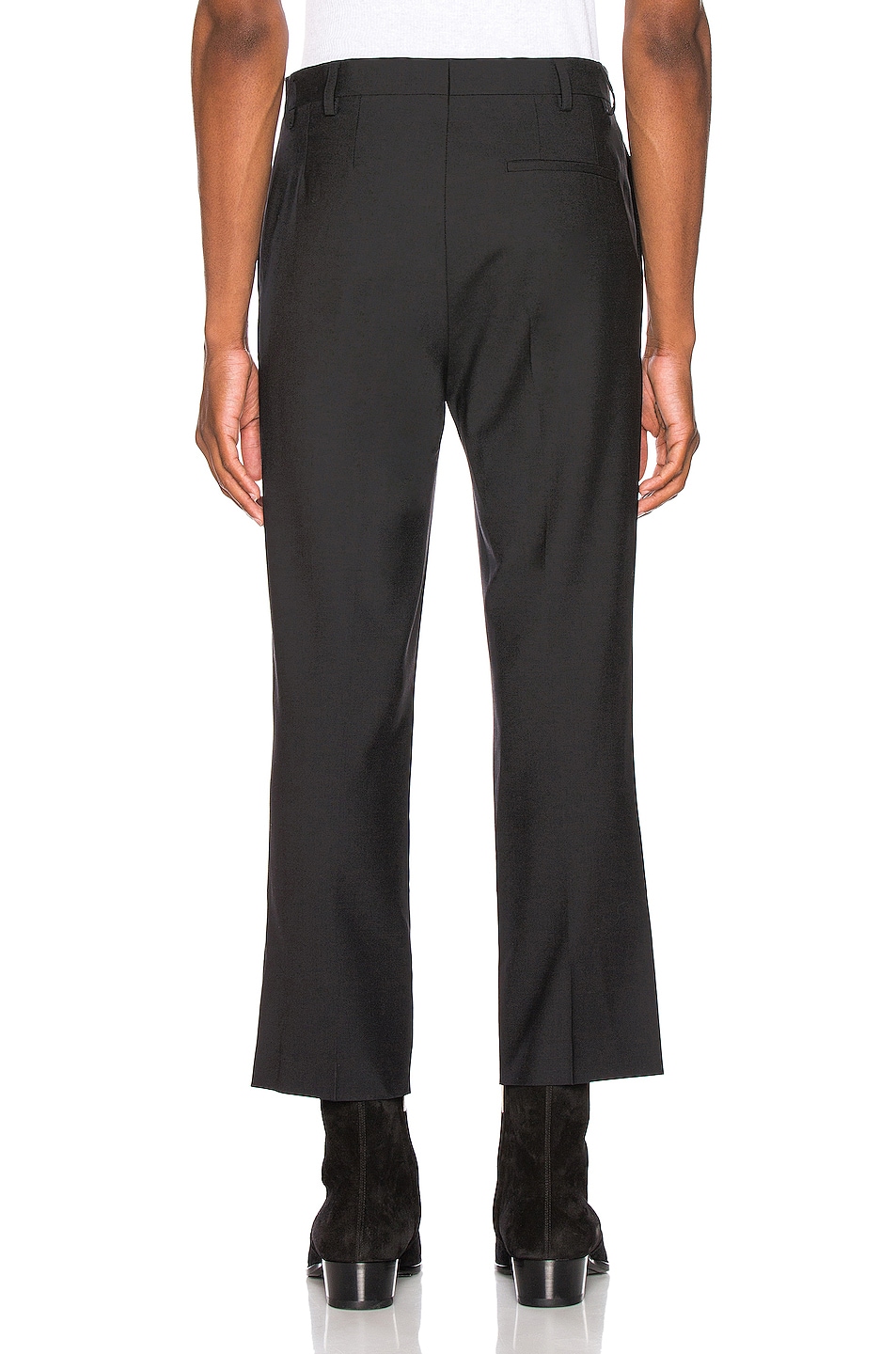 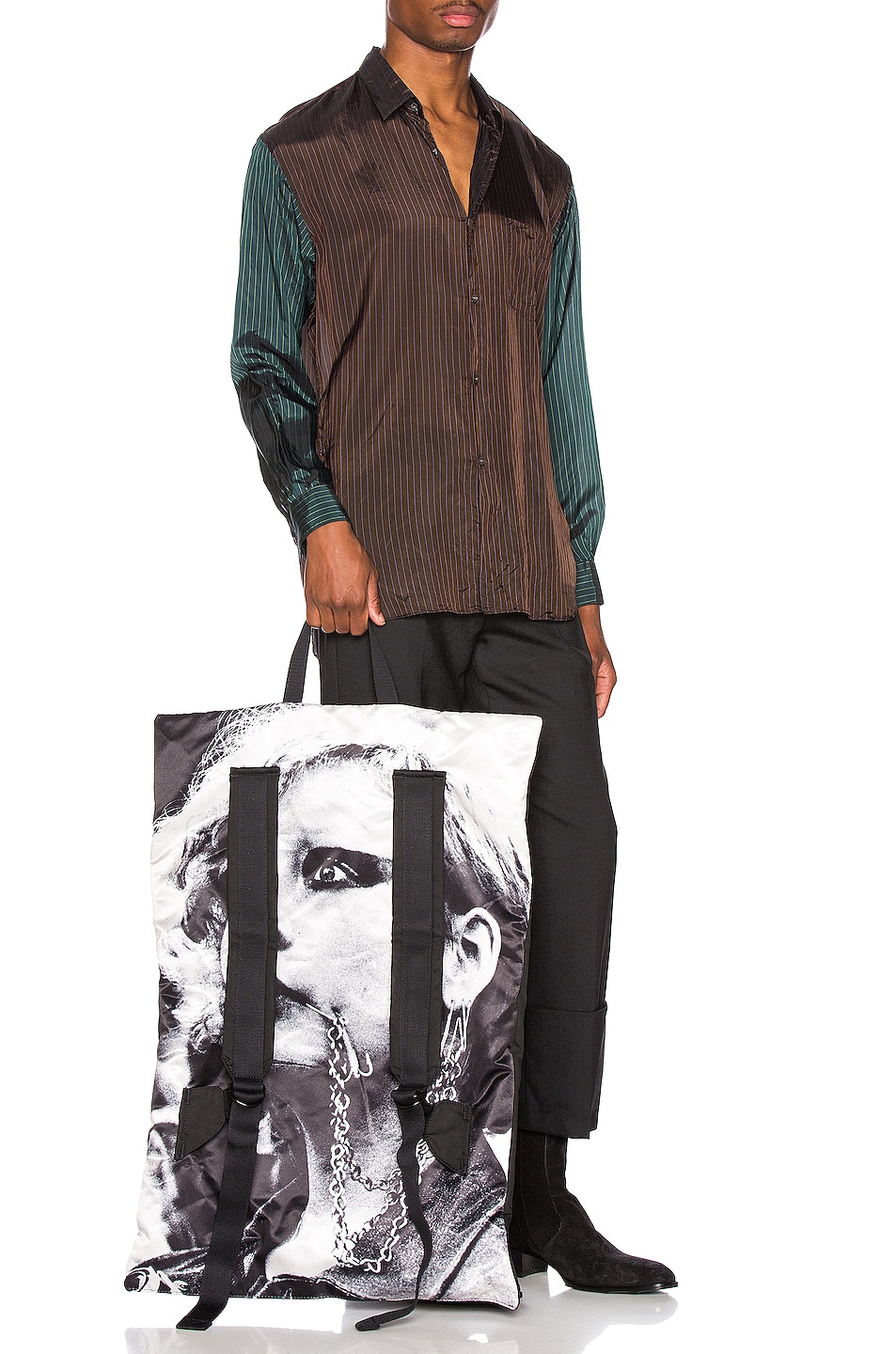 95% virgin wool, 5% elastan. Made in Italy. Dry clean only. Zip fly with hook and bar closure. Side slit pockets. Back welt pockets with button closures. Our Style No. RSIM-MP9. Manufacturer Style No. 191-336. 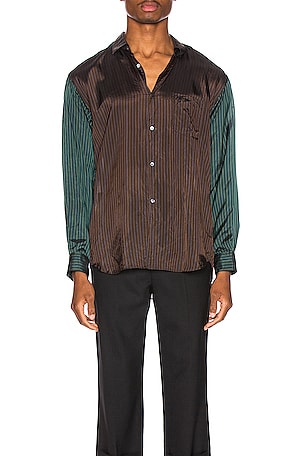 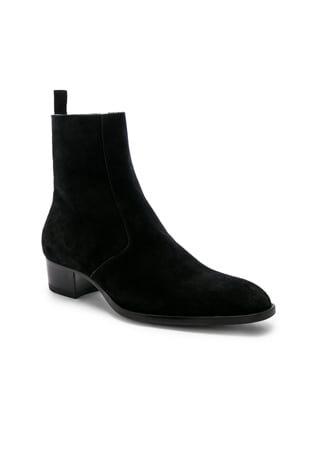 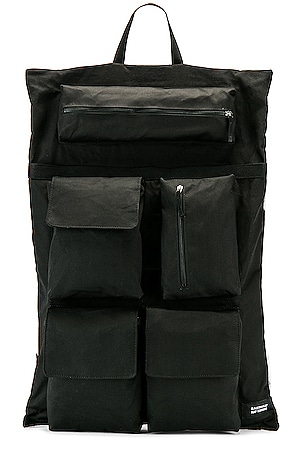 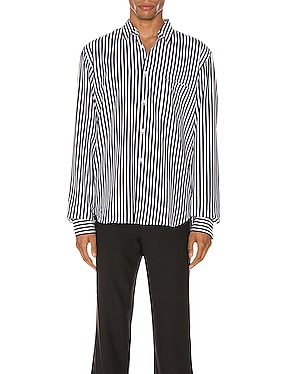 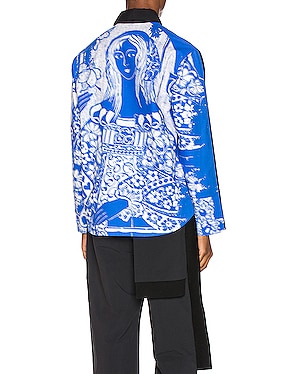 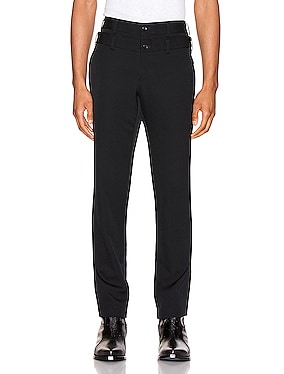 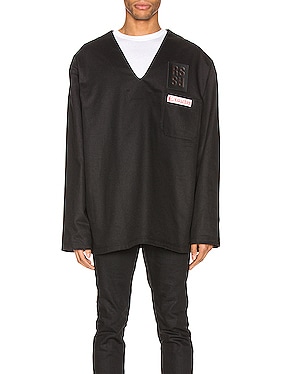 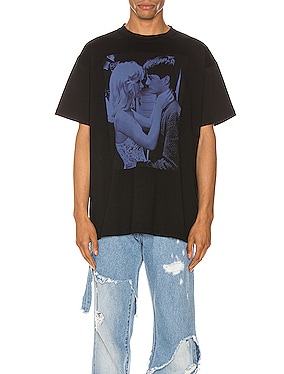 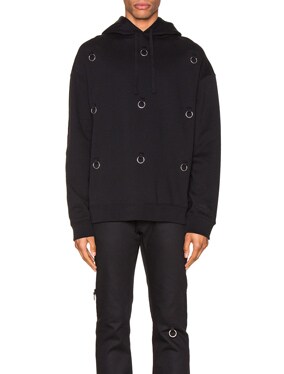 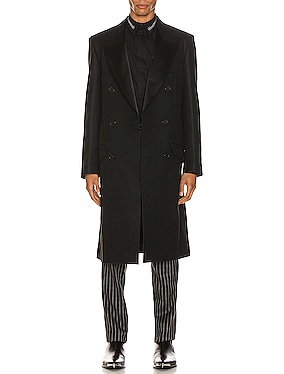