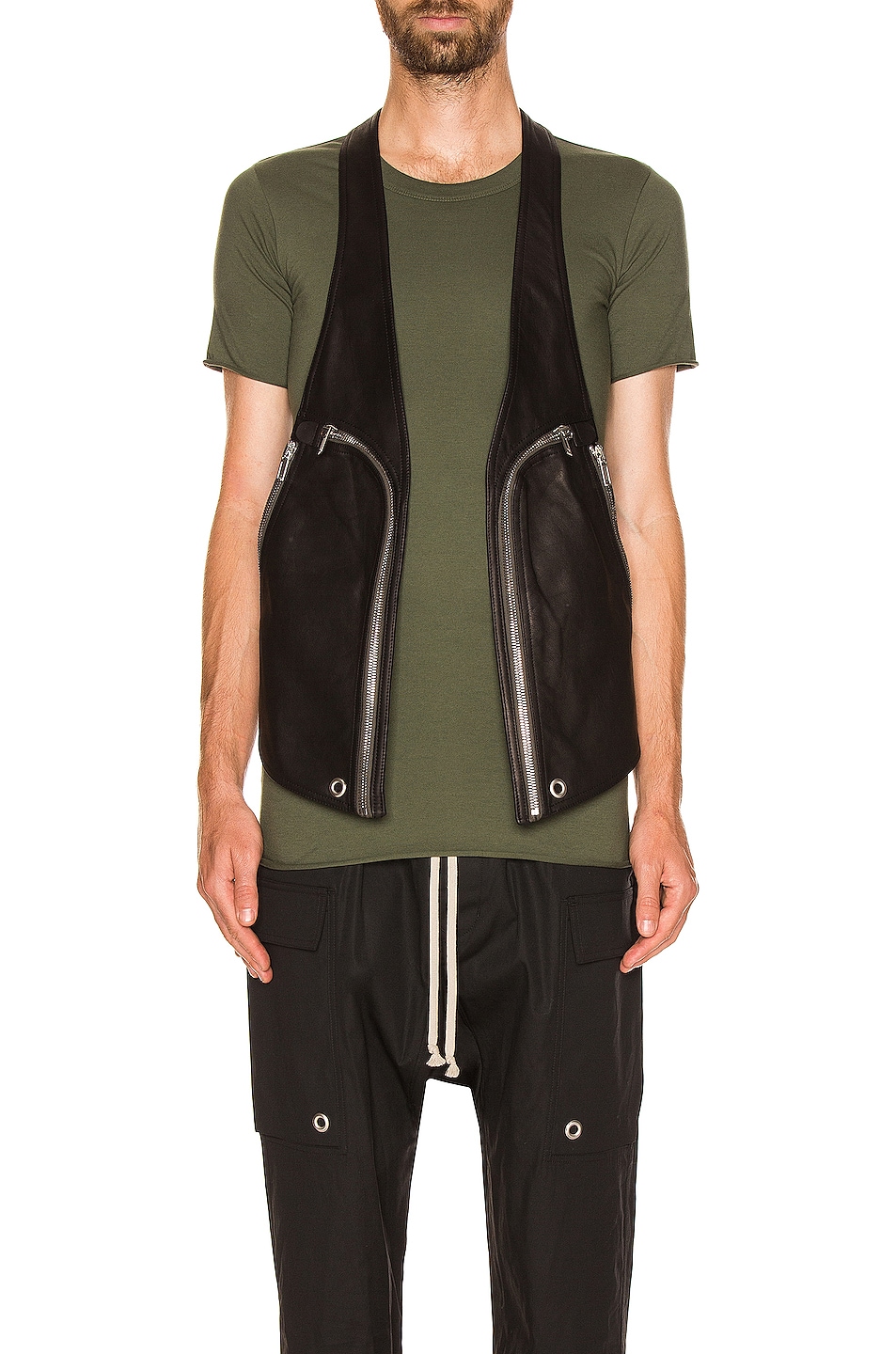 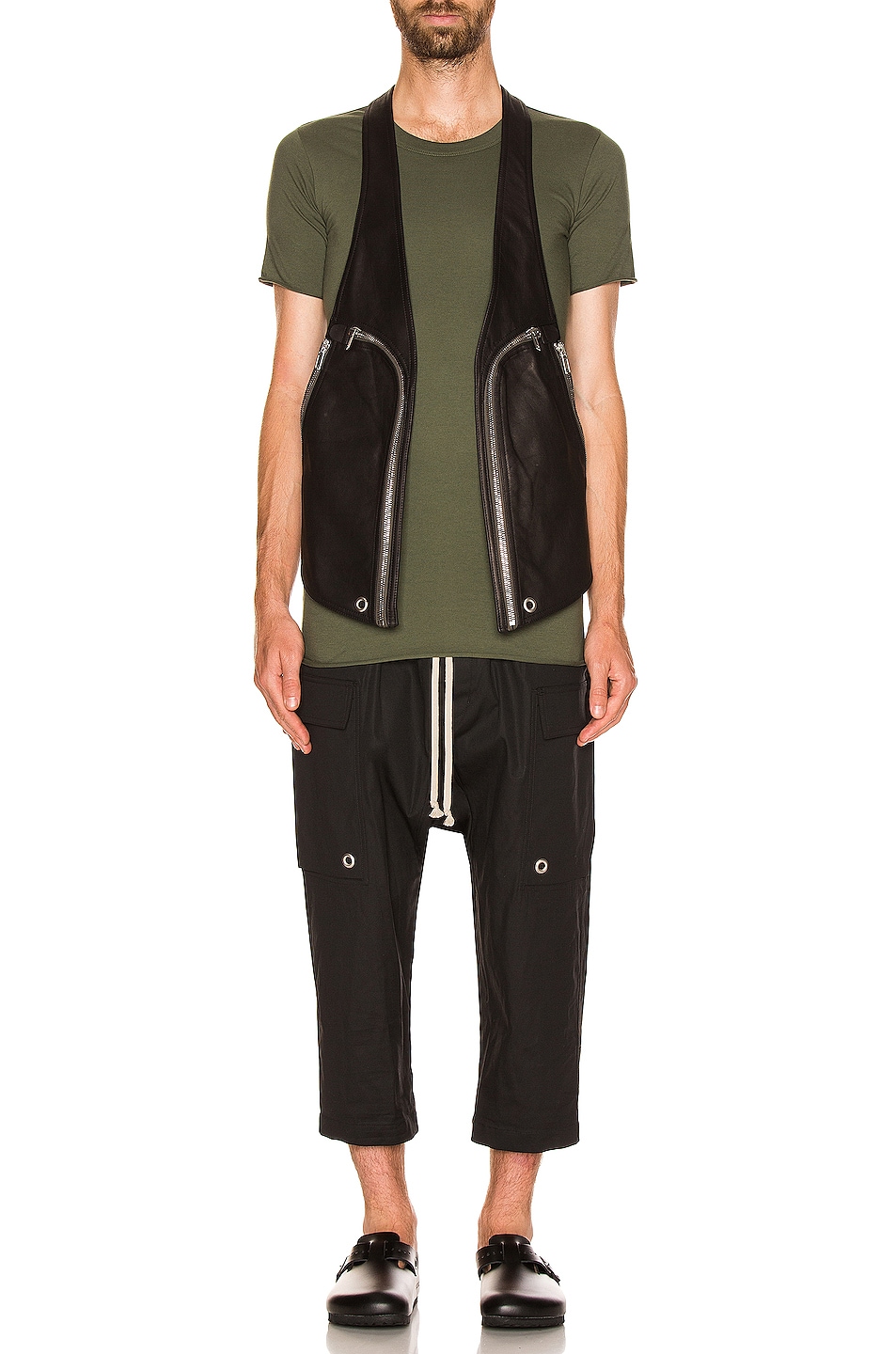 Self: 100% calf leatherSide Pocket Lining: 100% polyamideFront Pocket Lining: 100% cottonBack Lining: 97% cotton, 3% elastane. Made in Moldova. Professional leather clean only. Open front with grommet detail. Front and side zip pockets. Cotton webbing between the shoulder blades. This item is not available for international export. Our Style No. RICK-MO147. Manufacturer Style No. RU02A5451.