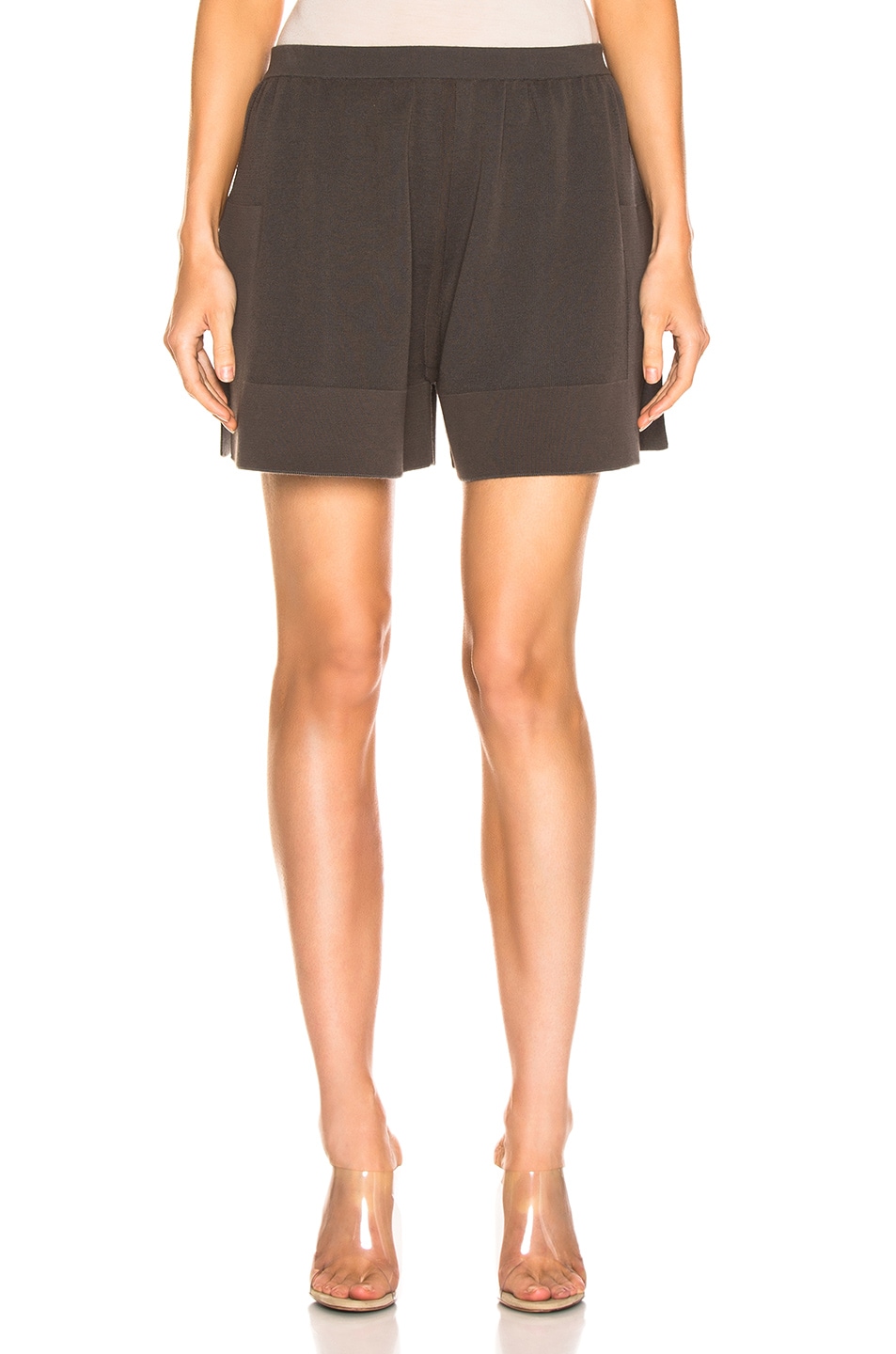 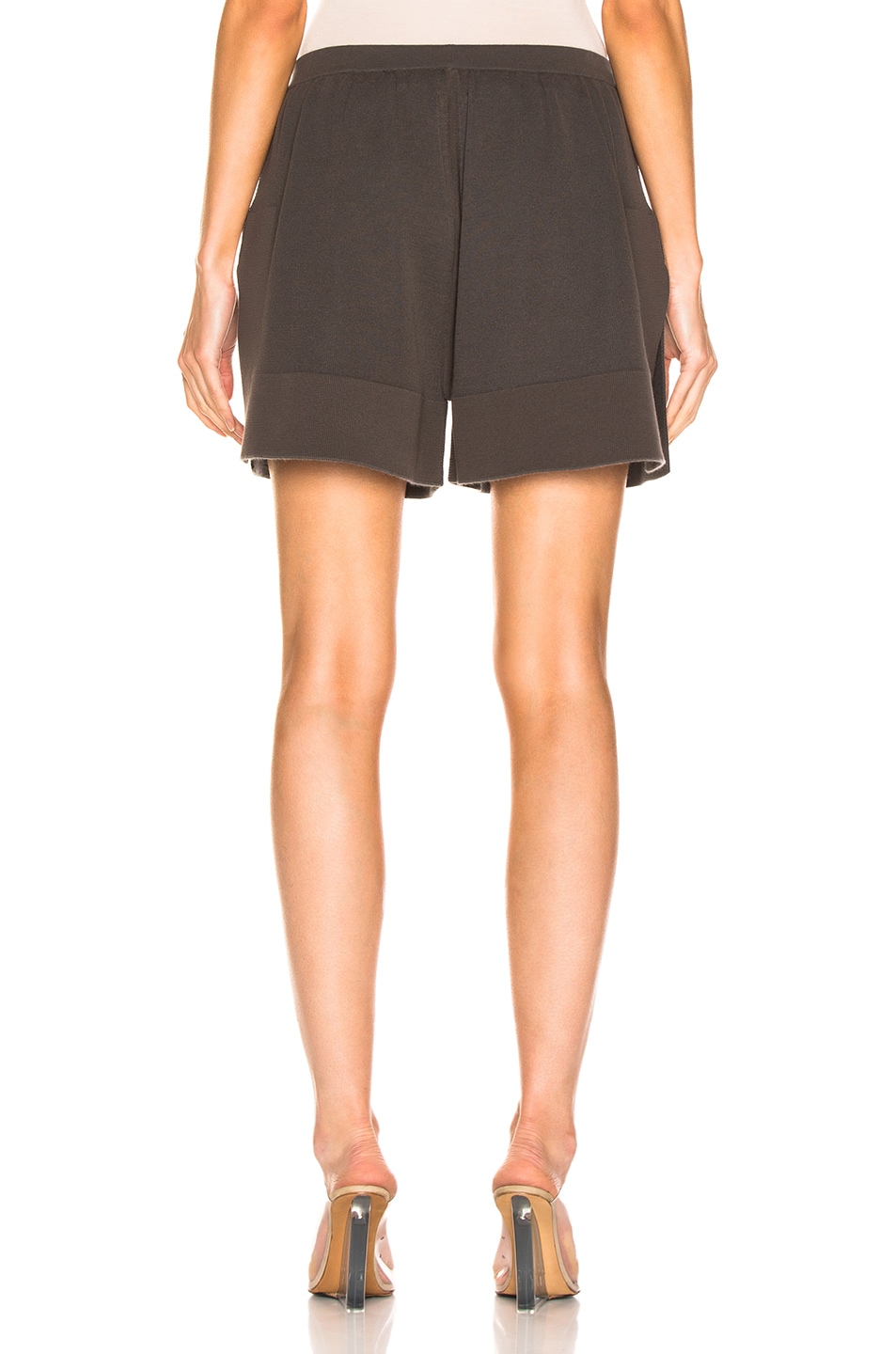 Self: 97% cotton, 2% polyamide, 1% elastan. Lining: 97% cashmere 2% polyamide 1% elastan. Made in Italy. Dry clean only. Elastic waist. Knit fabric. Side slits at hem. Stretch fit. This item is not available for international export. Our Style No. RICK-WF24. Manufacturer Style No. RO18F4677 CHCG.