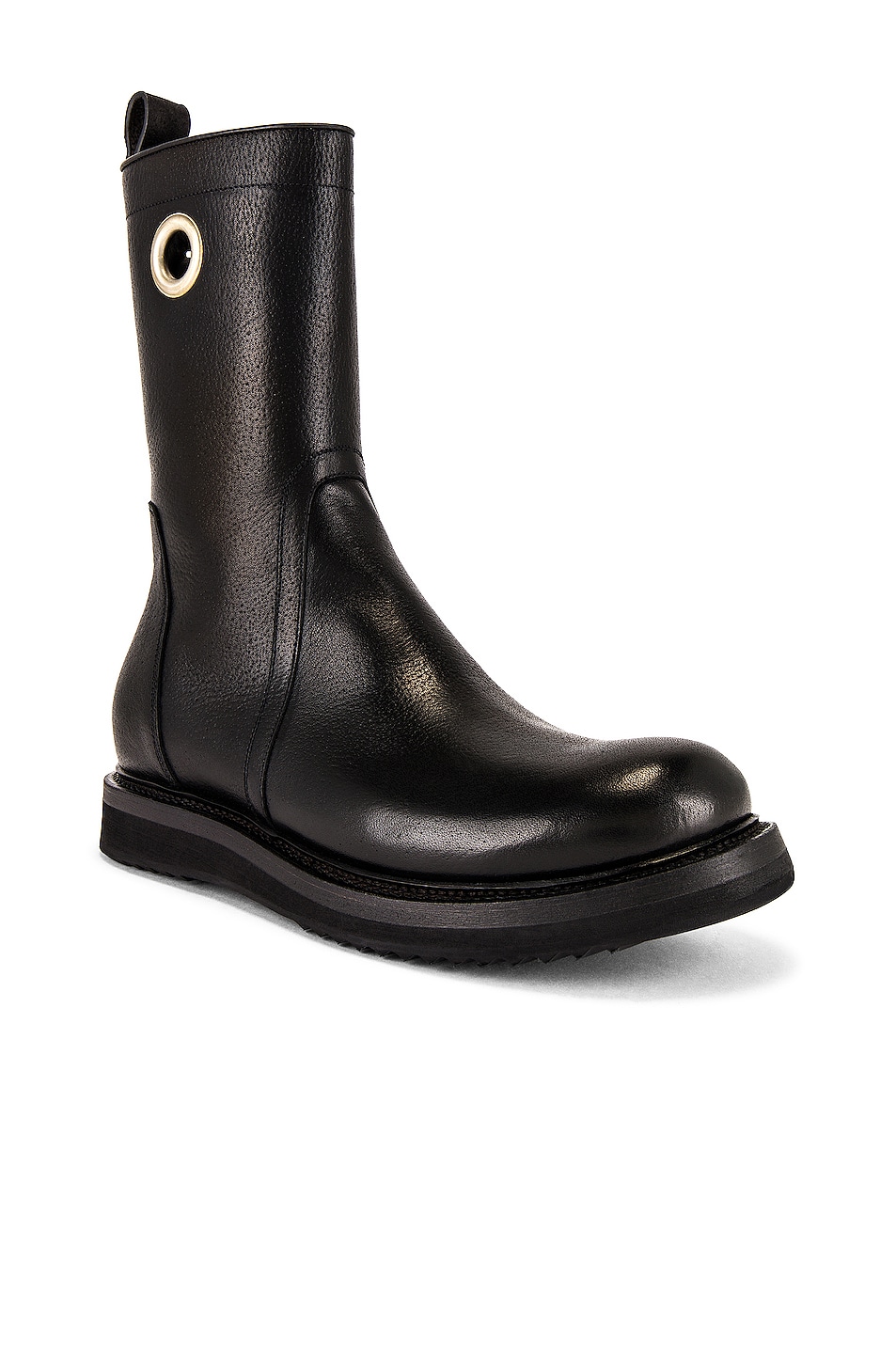 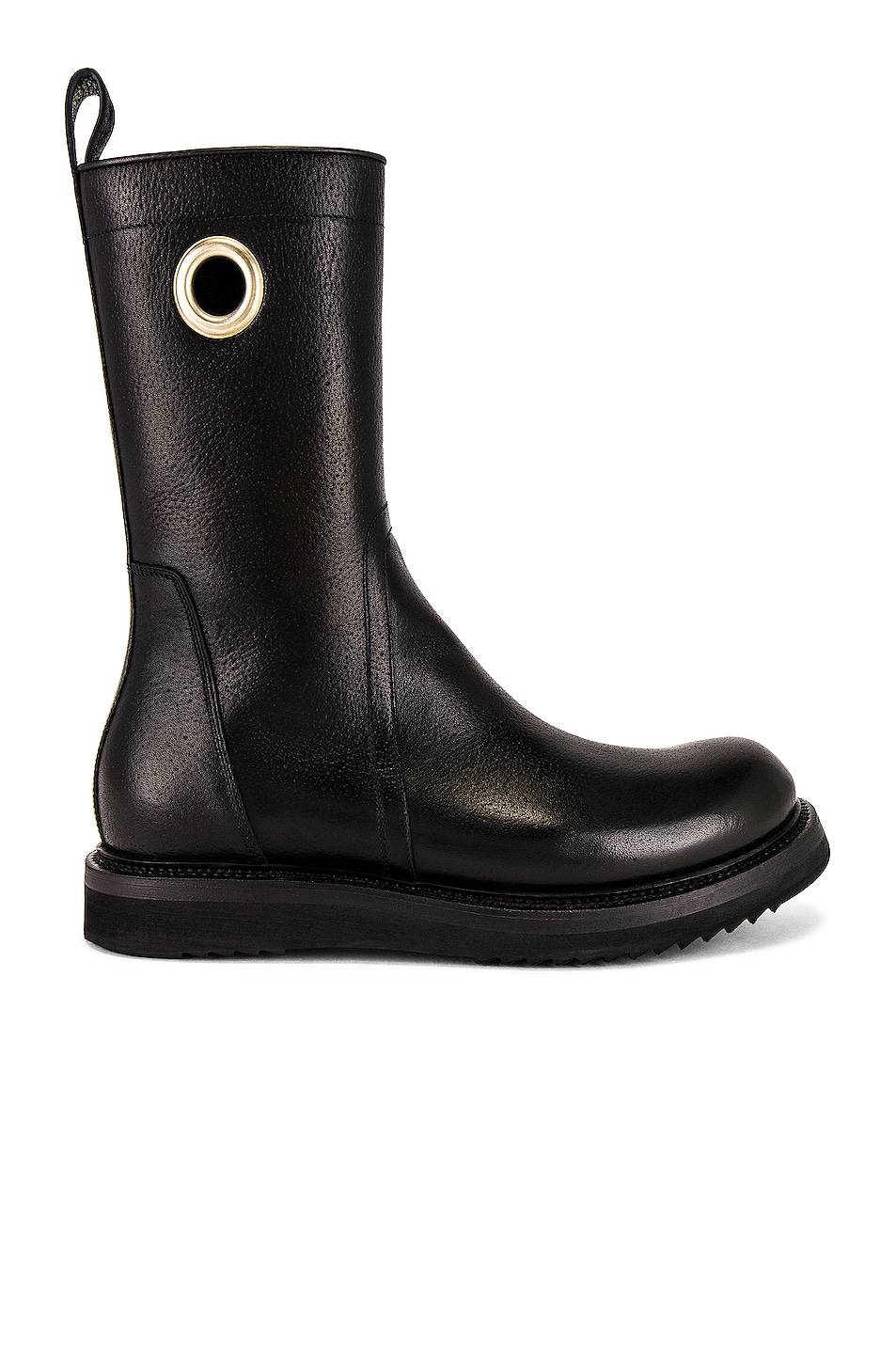 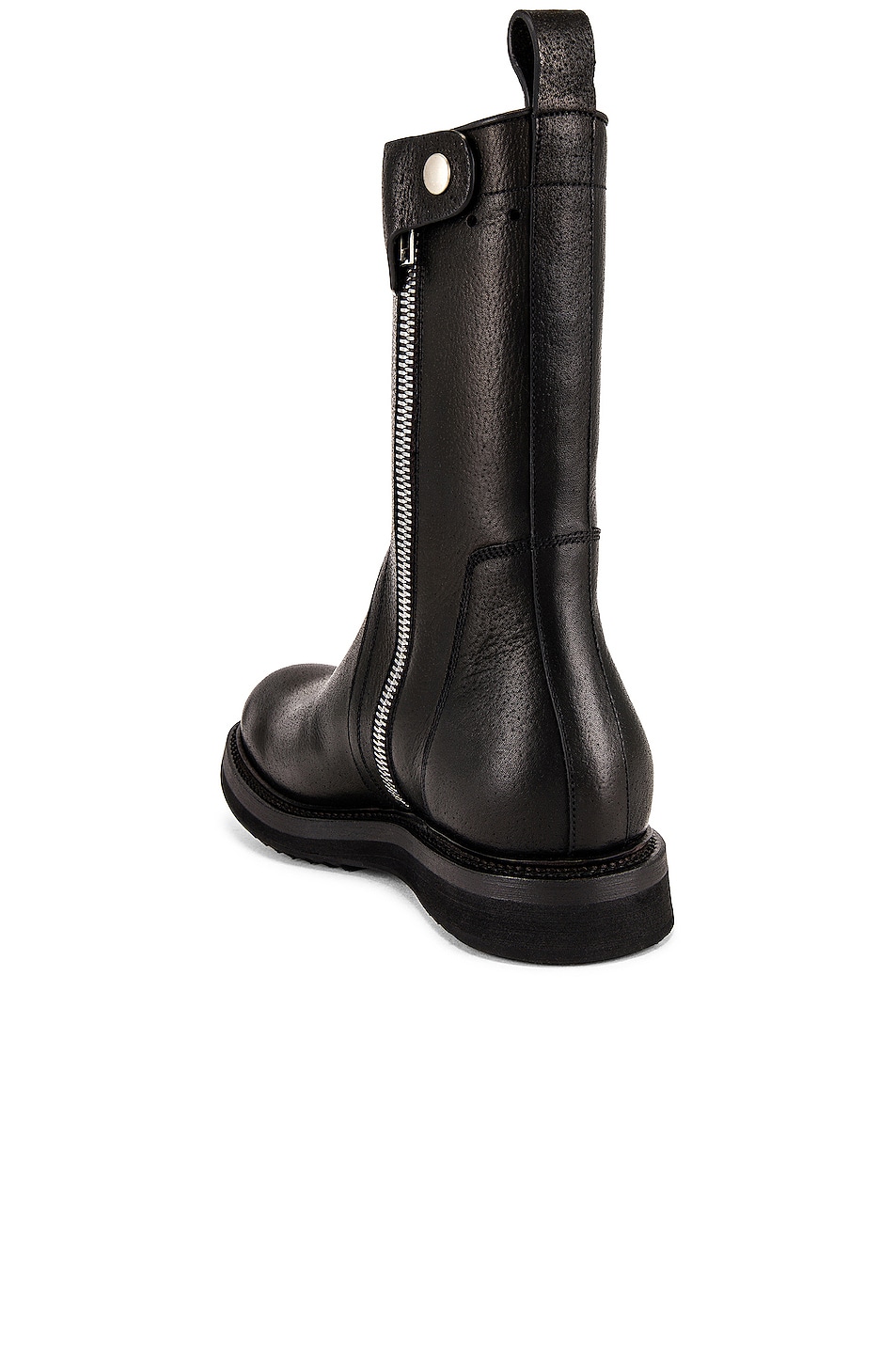 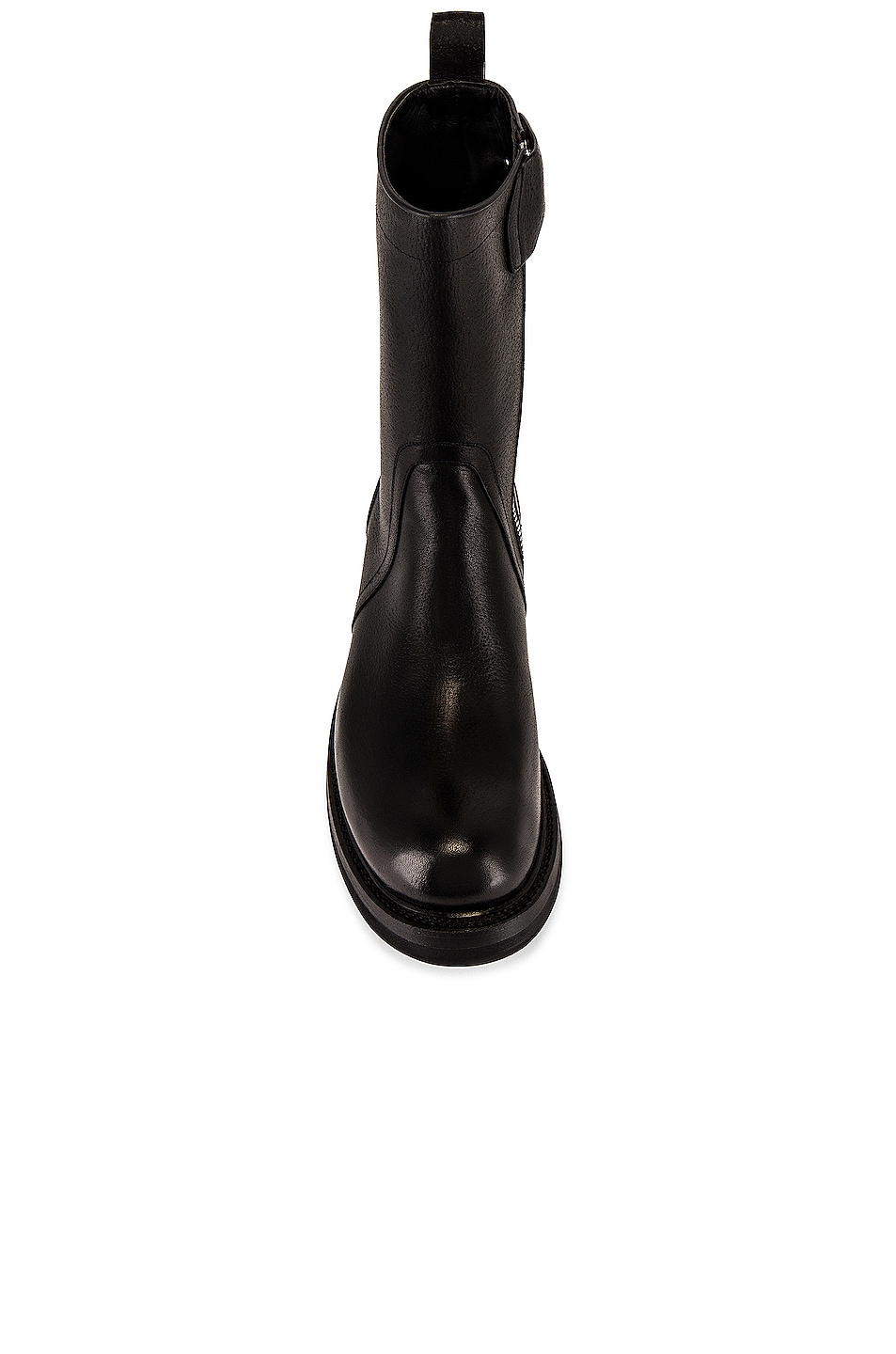 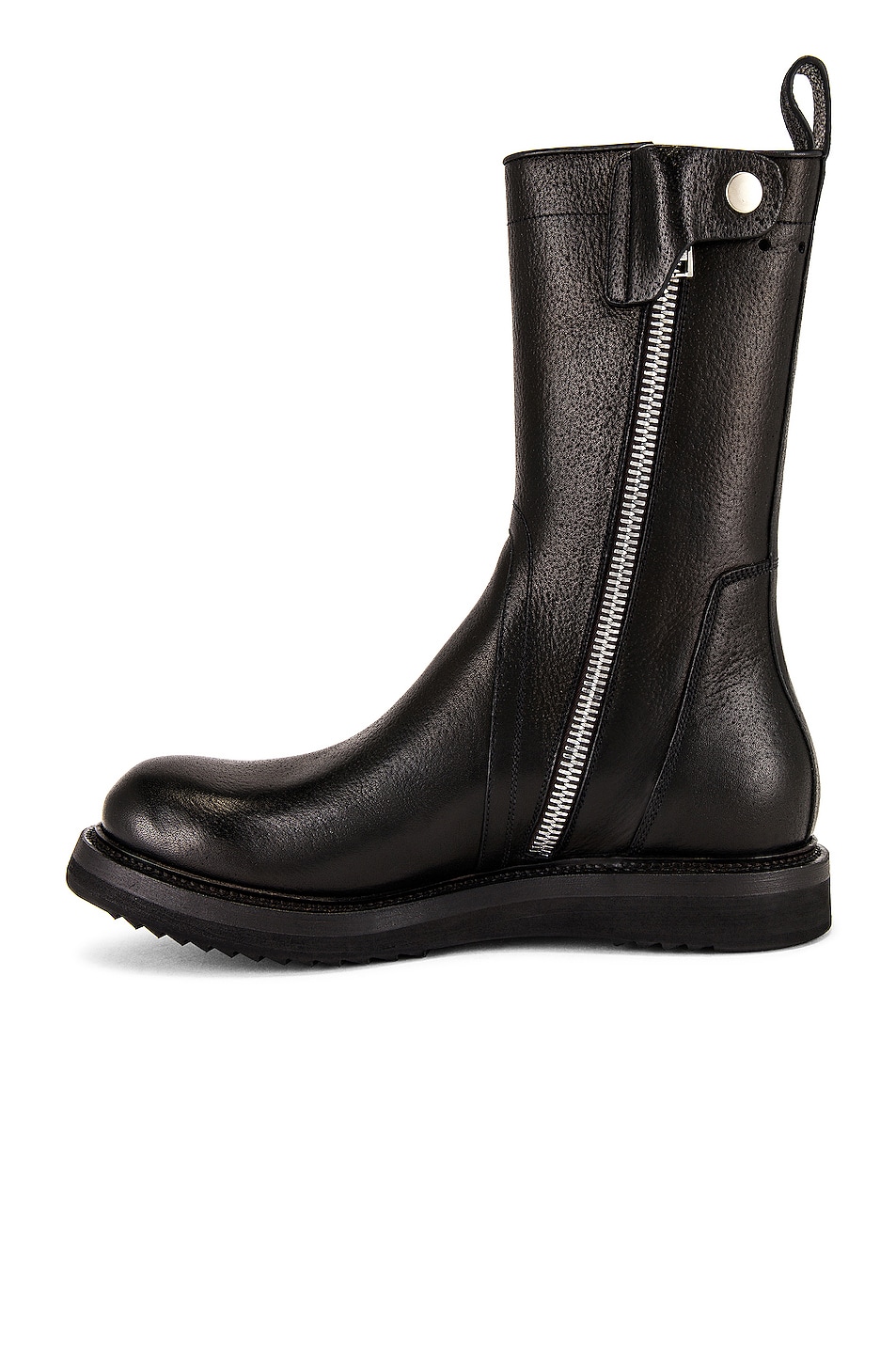 Leather upper with rubber sole. Made in Italy. Approx 25mm/ 1 inch platform. Side zip closure fastened with snap button tab. Back pull-on tab. Silver-tone eyelet detail at side. This item is not available for international export. Our Style No. RICK-MZ133. Manufacturer Style No. RU20F3851.