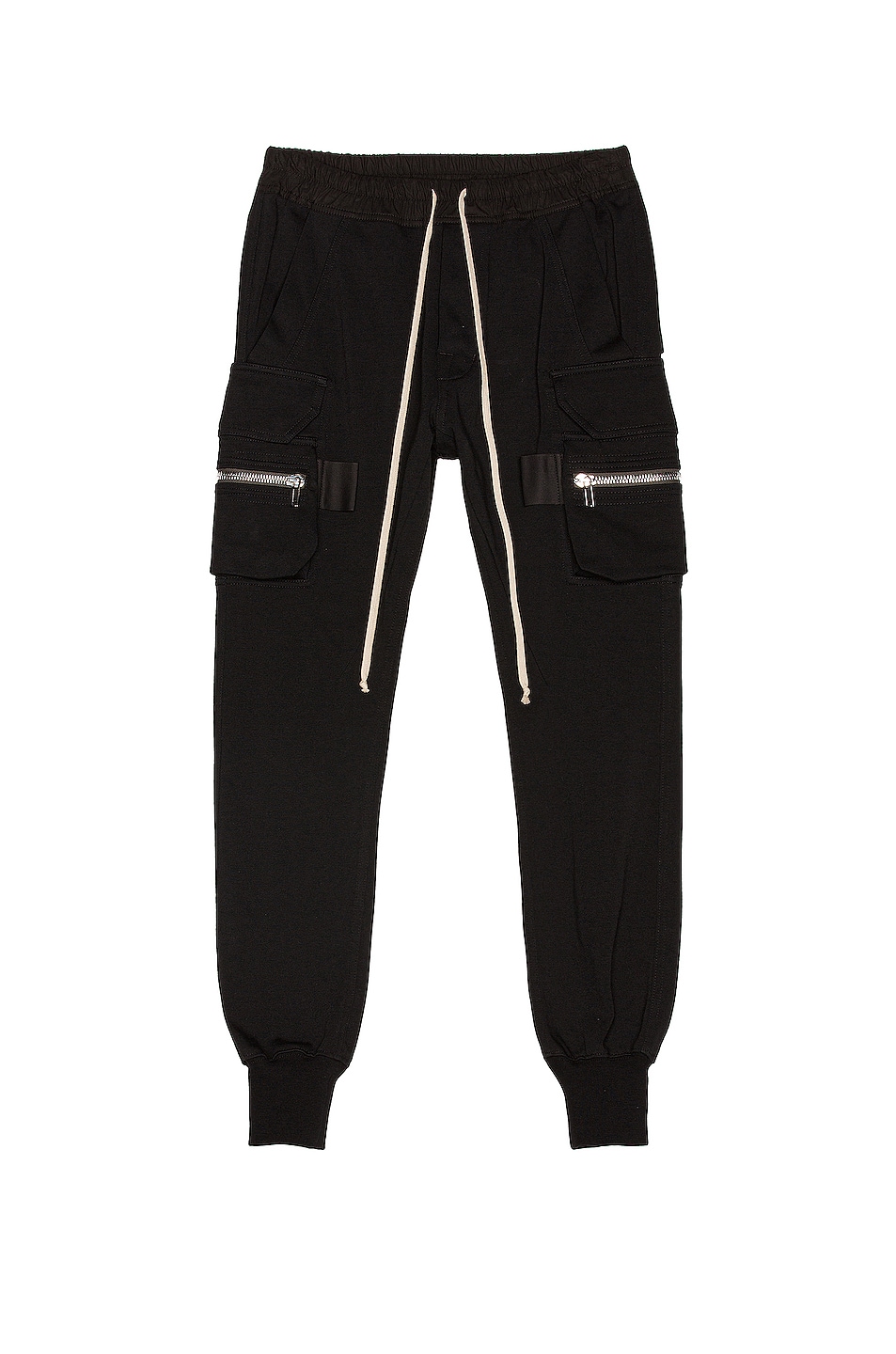 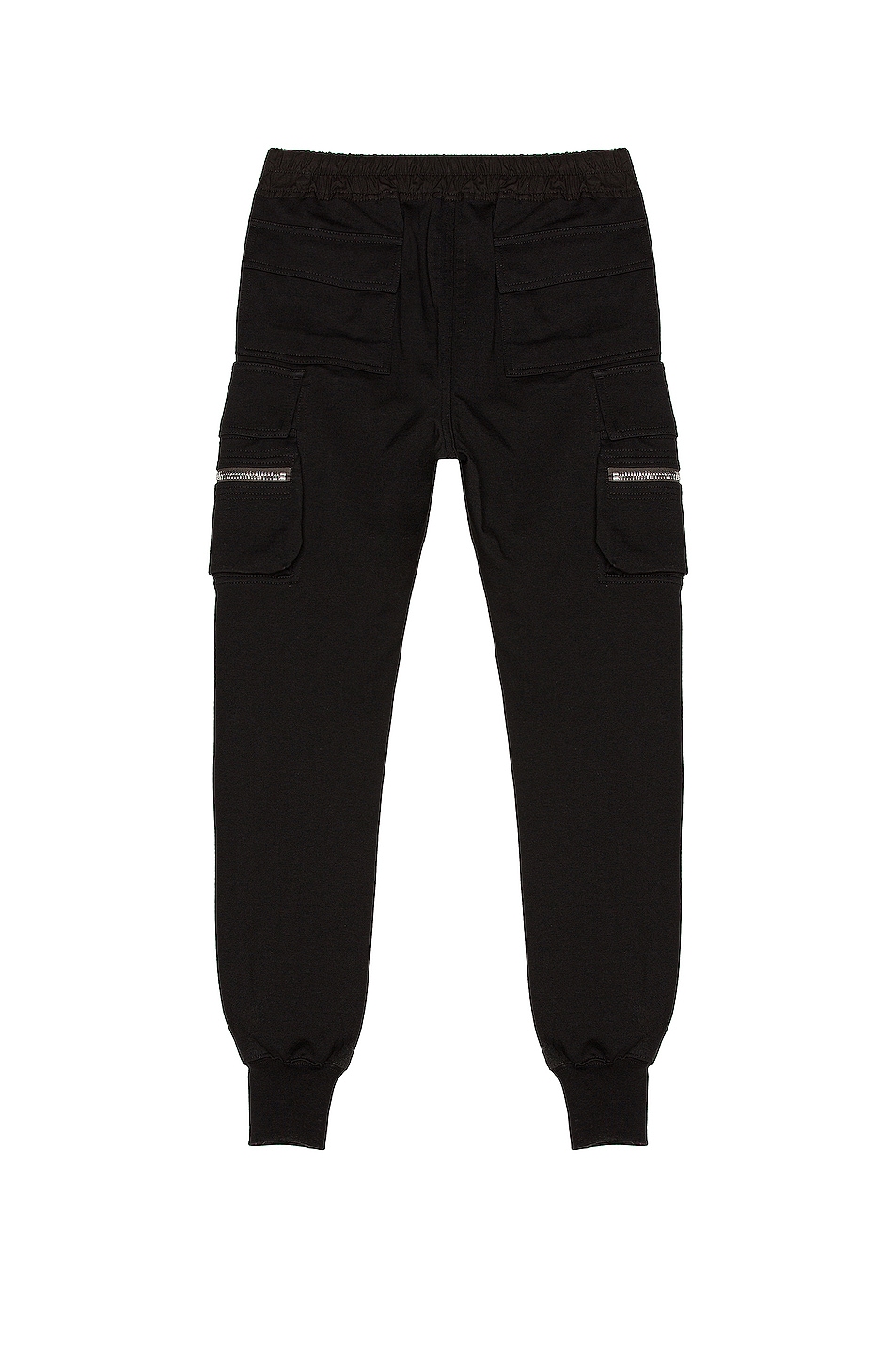 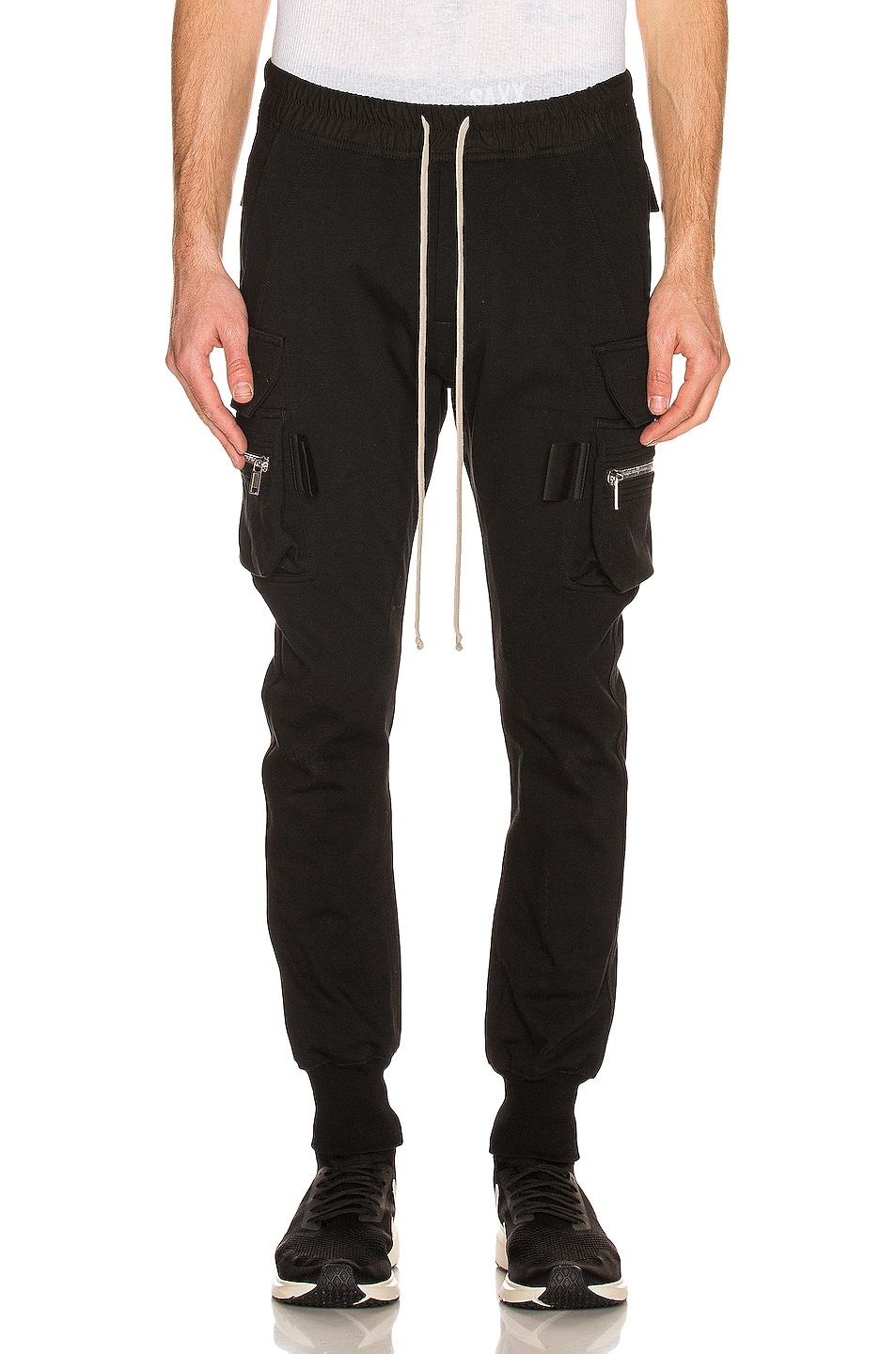 , 100% cotton. Made in Italy. Hand wash. Drawstring elastic waist. Side slant pocketsZip front pockets. Flap pockets with snap button closures at front and back. Heavyweight jersey fabric. Banded hem. This item is not available for international export. Our Style No. RICK-MP69. Manufacturer Style No. RU21S6396 BA.