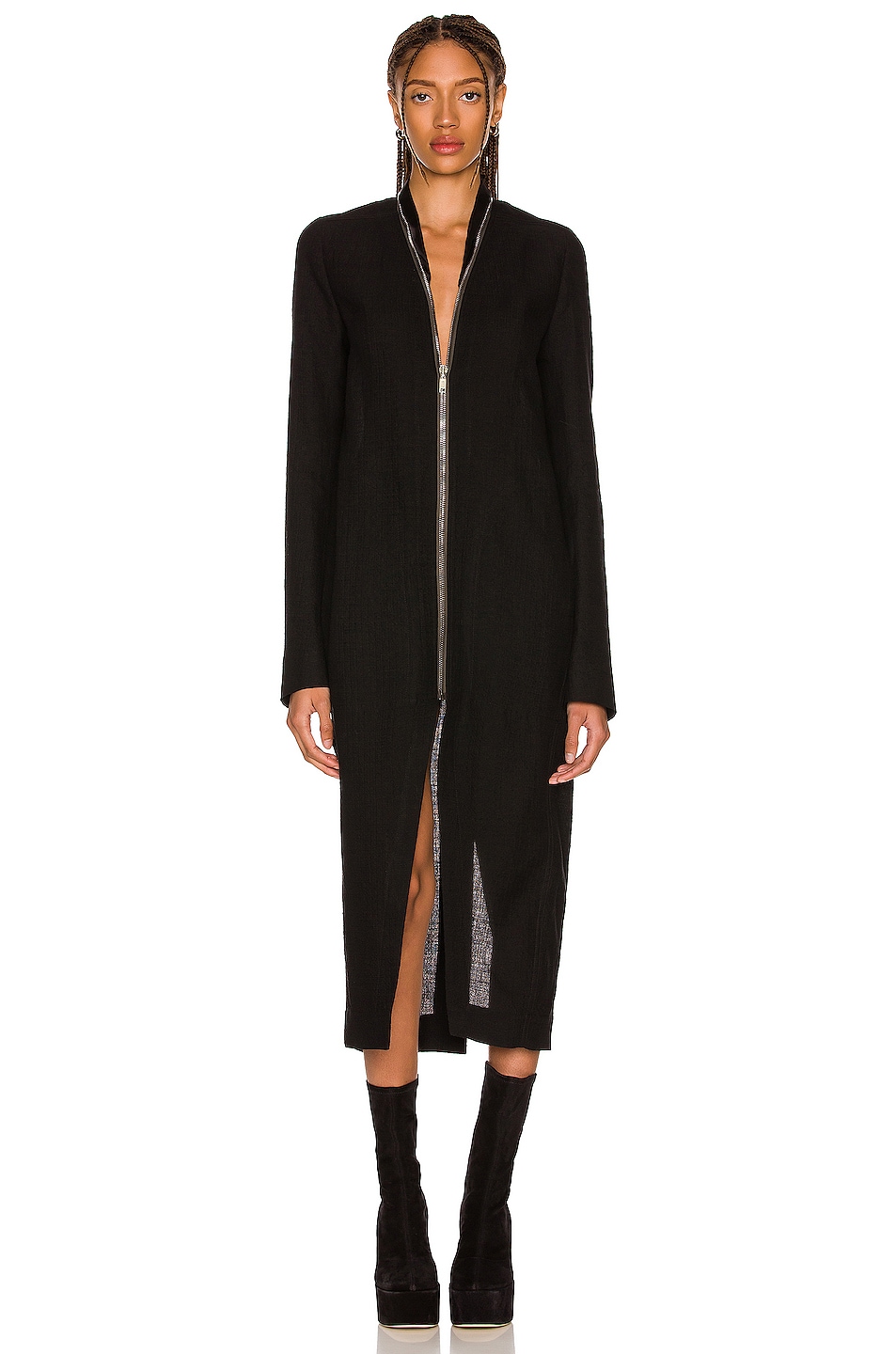 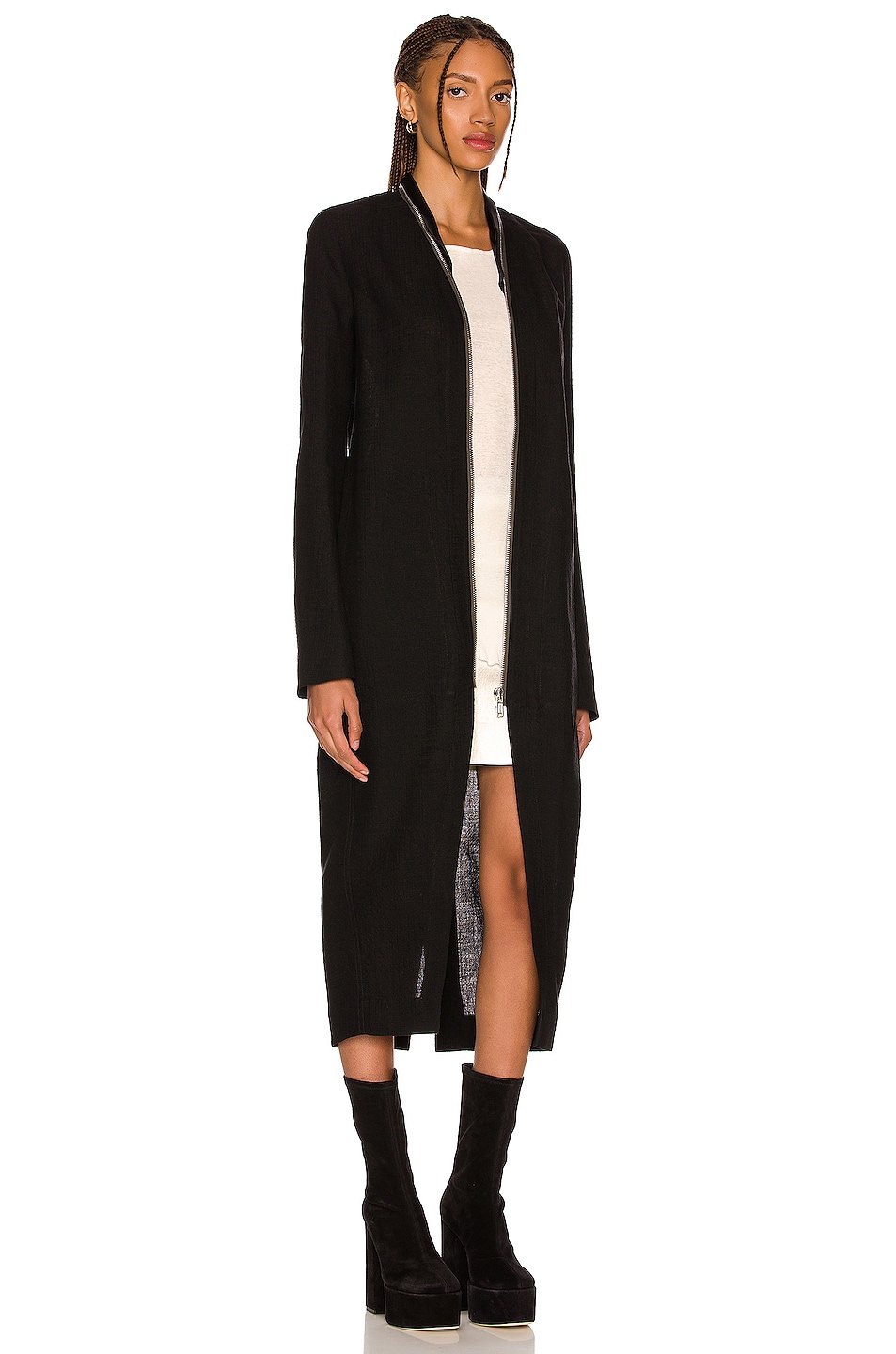 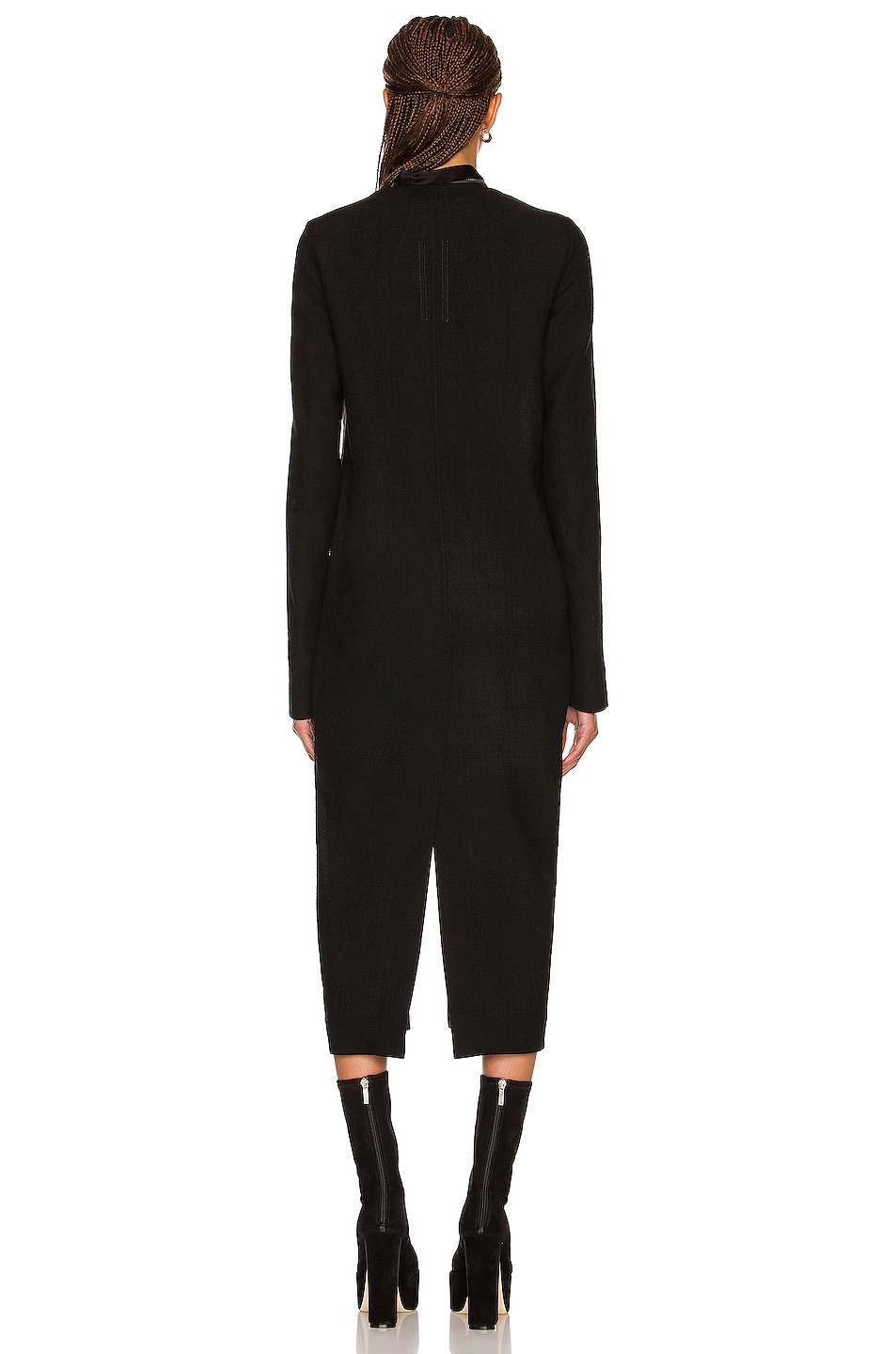 Self: 67% linen, 33% woolLining: 100% cupro. Made in Italy. Dry clean only. Front zip closure. Satin trim at neckline. Side slant pockets. Central vent at front and back hem. Seersucker fabric. This item is not available for international export. Our Style No. RICK-WO193. Manufacturer Style No. RP01B4945 SK.