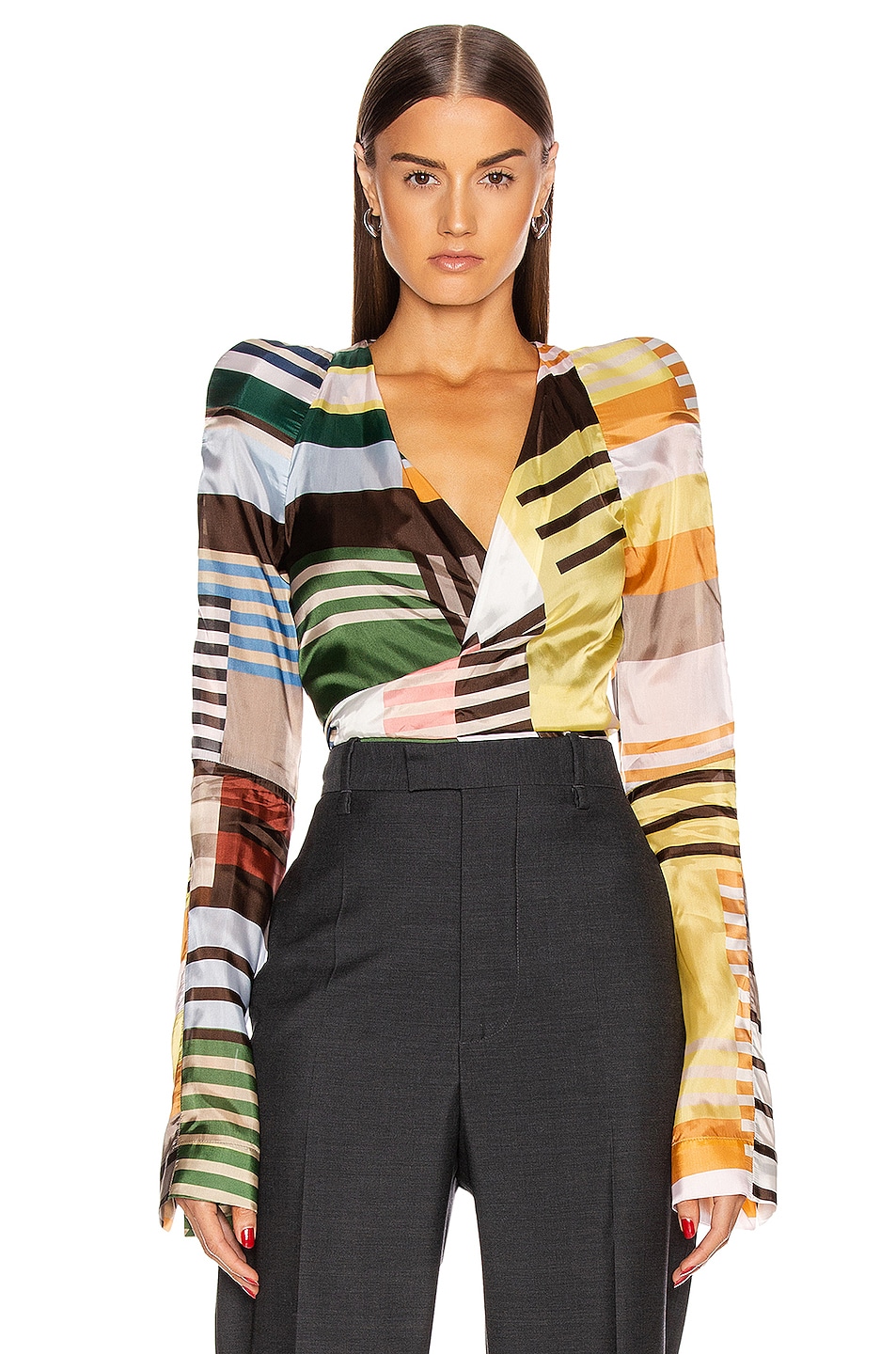 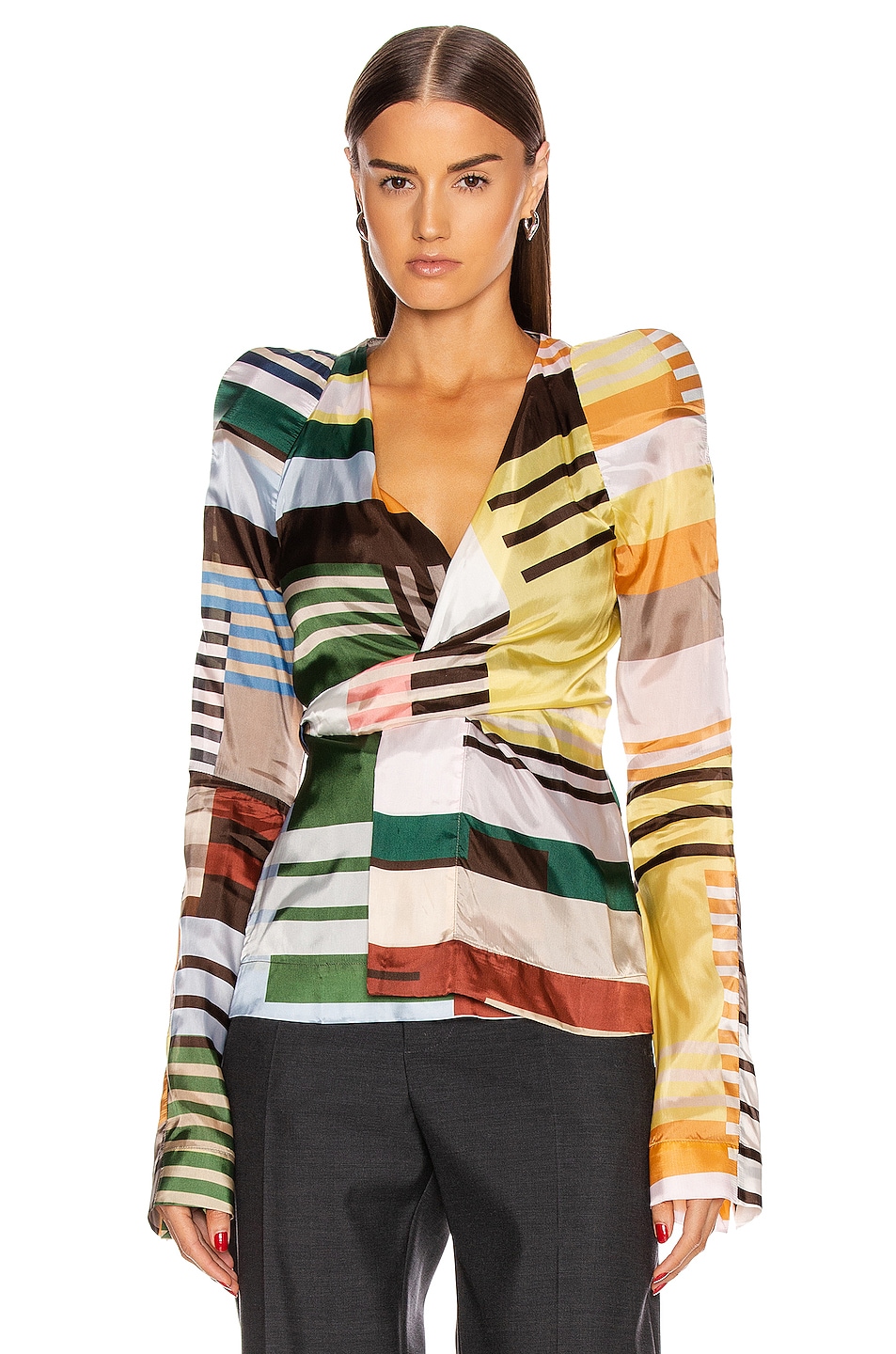 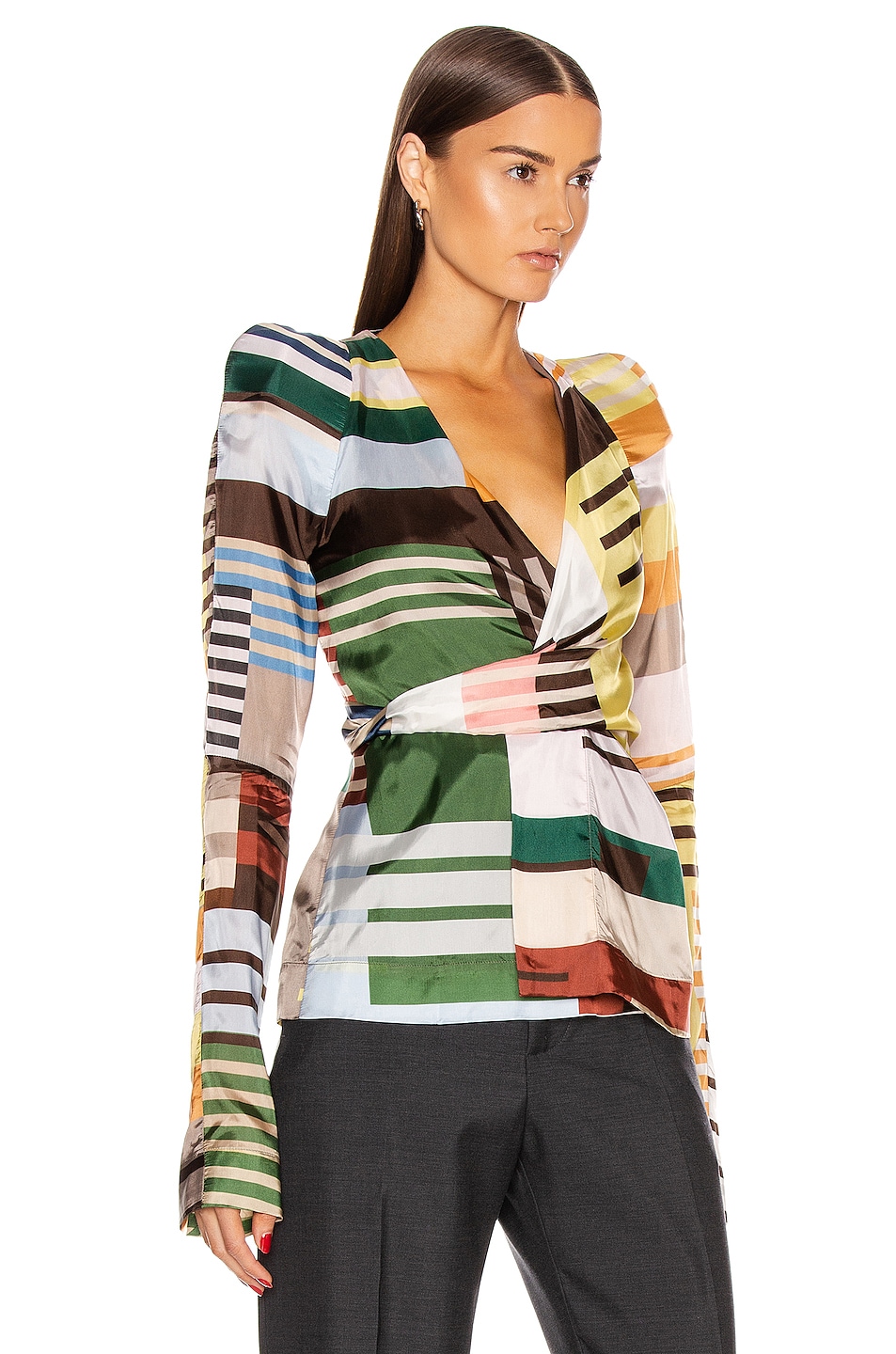 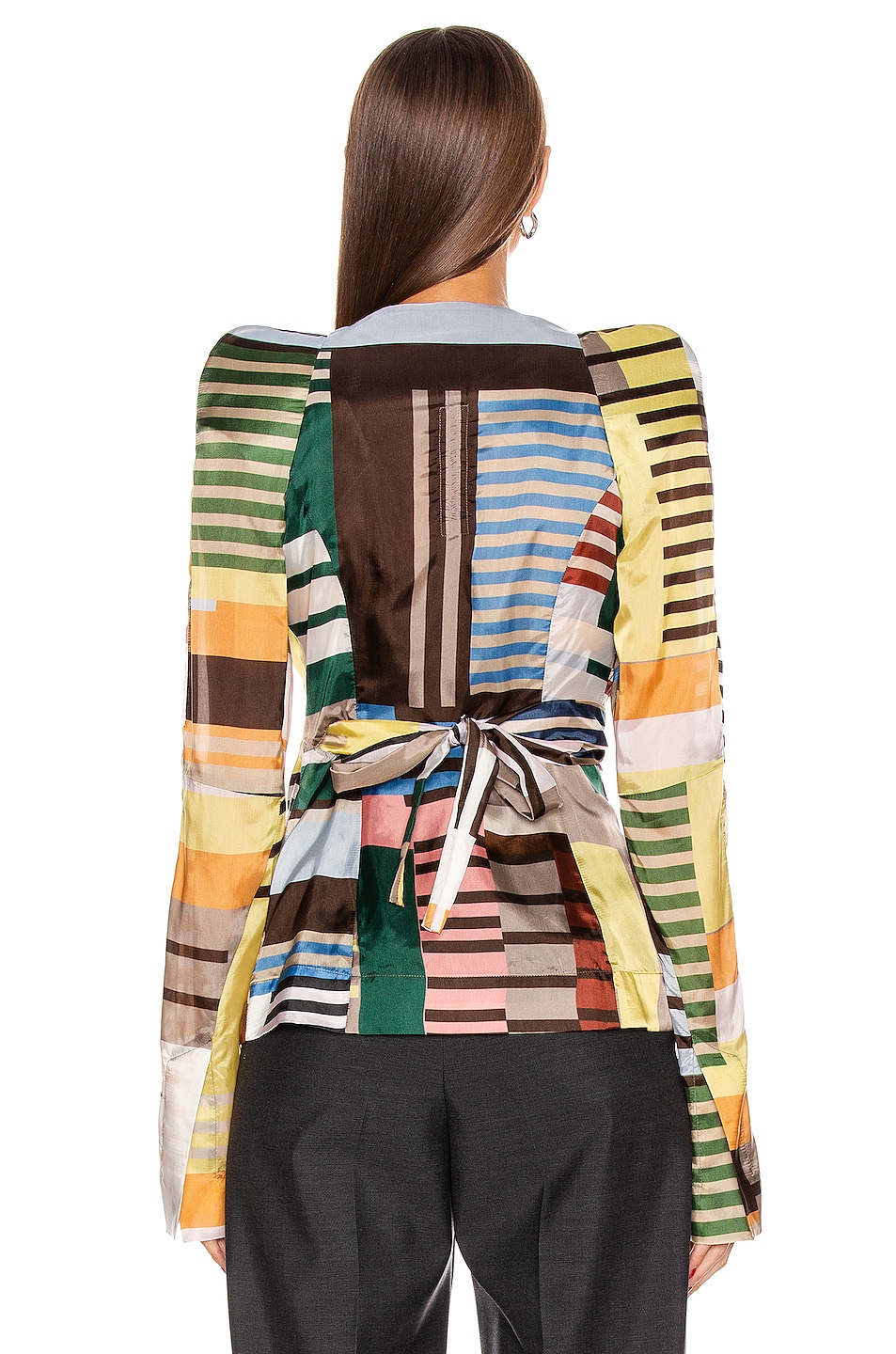 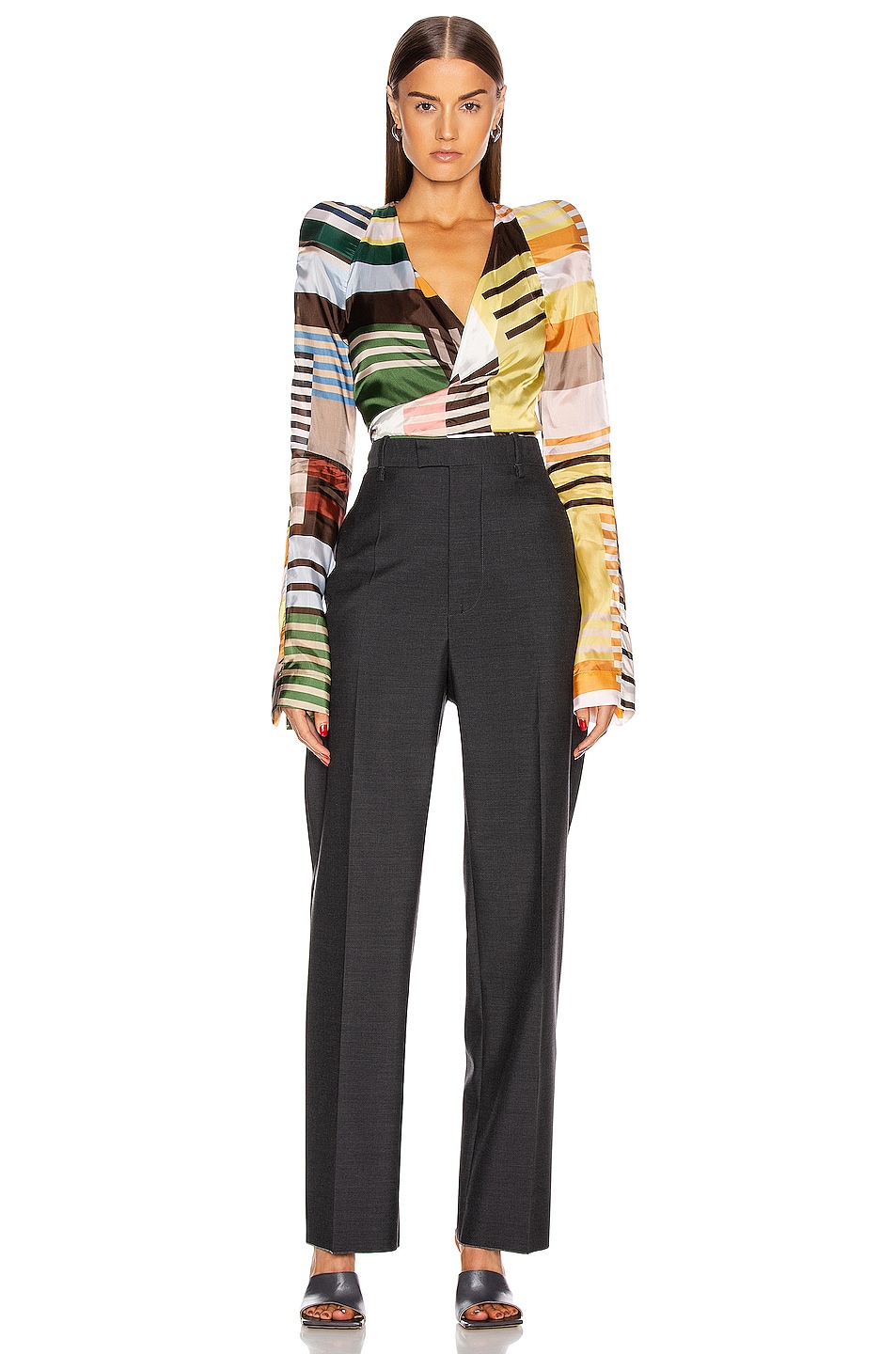 100% cupro. Made in Italy. Dry clean only. Wrap around neckline with tie closure. Padded shoulders. Slit detail at cuffs. Semi sheer. This item is not available for international export. Our Style No. RICK-WO170. Manufacturer Style No. RP20S1762 JP1.