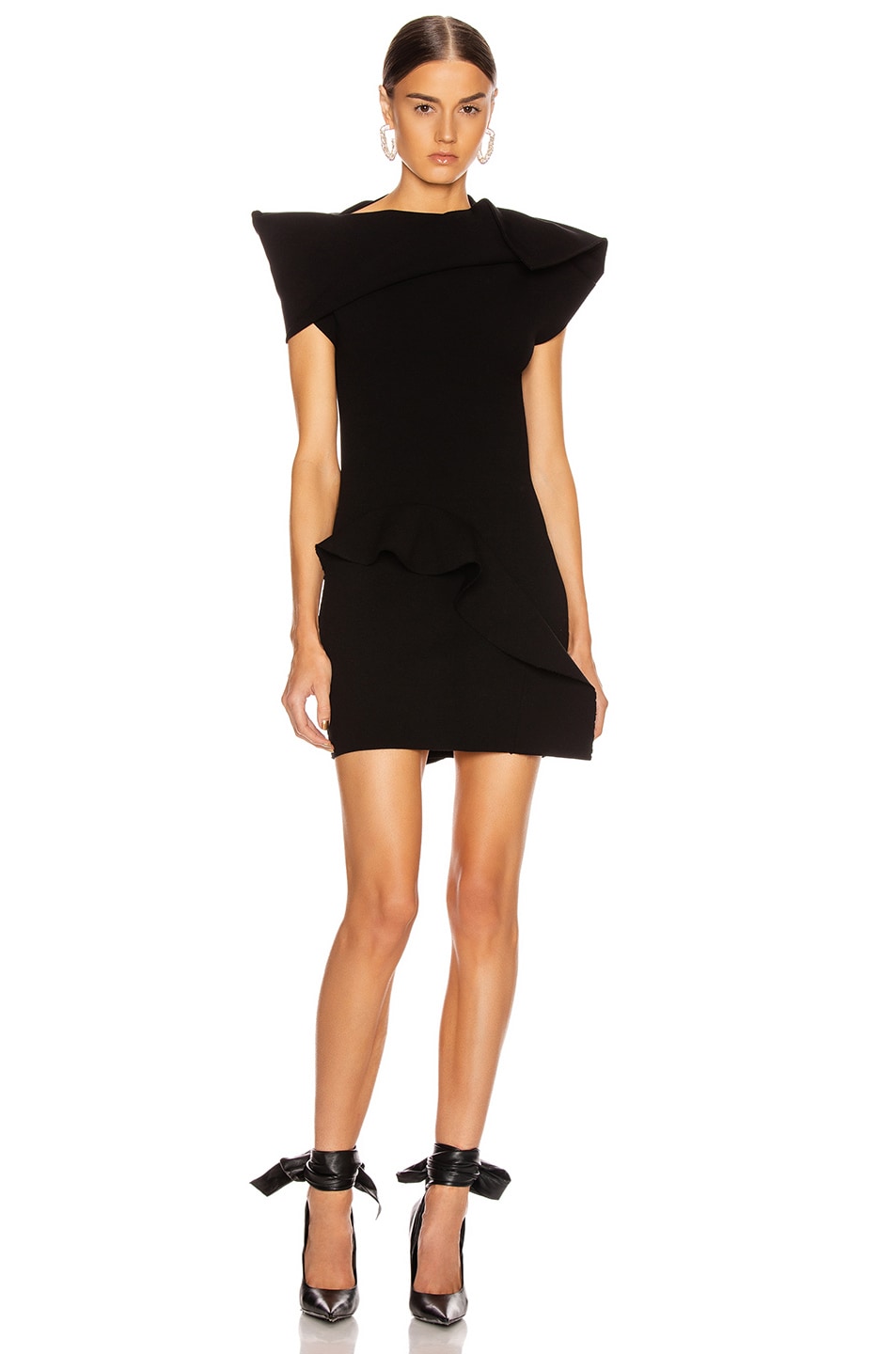 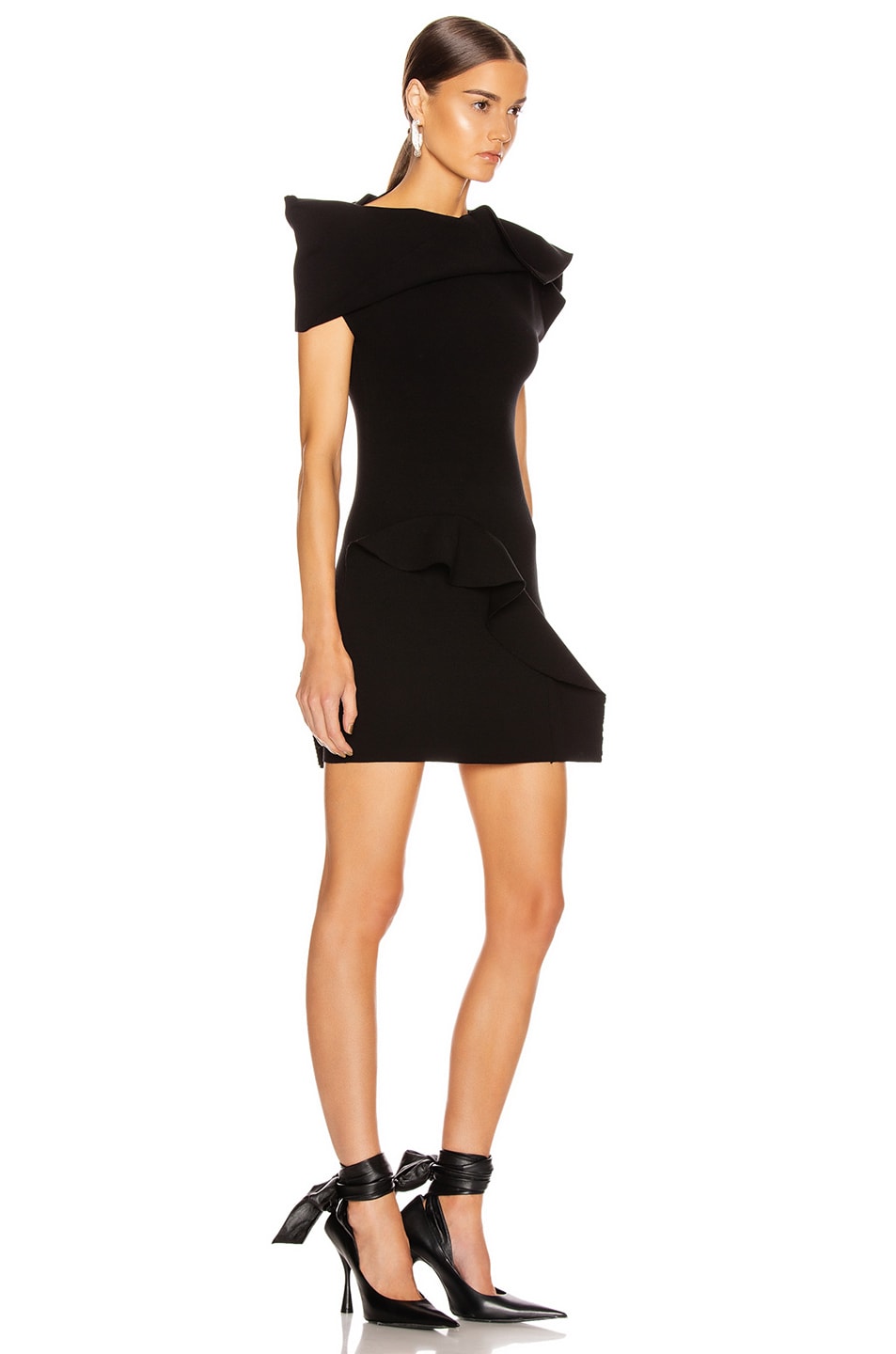 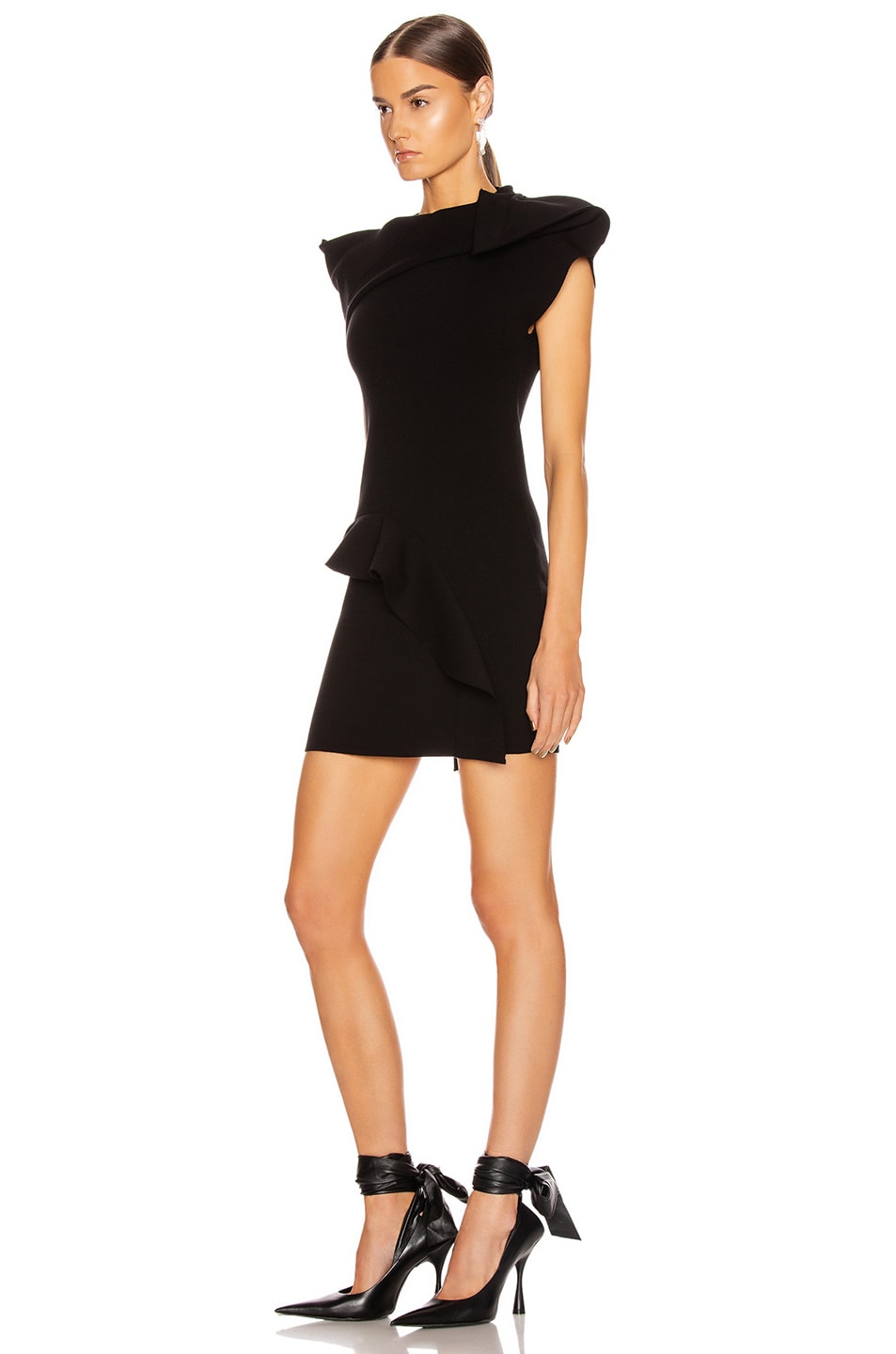 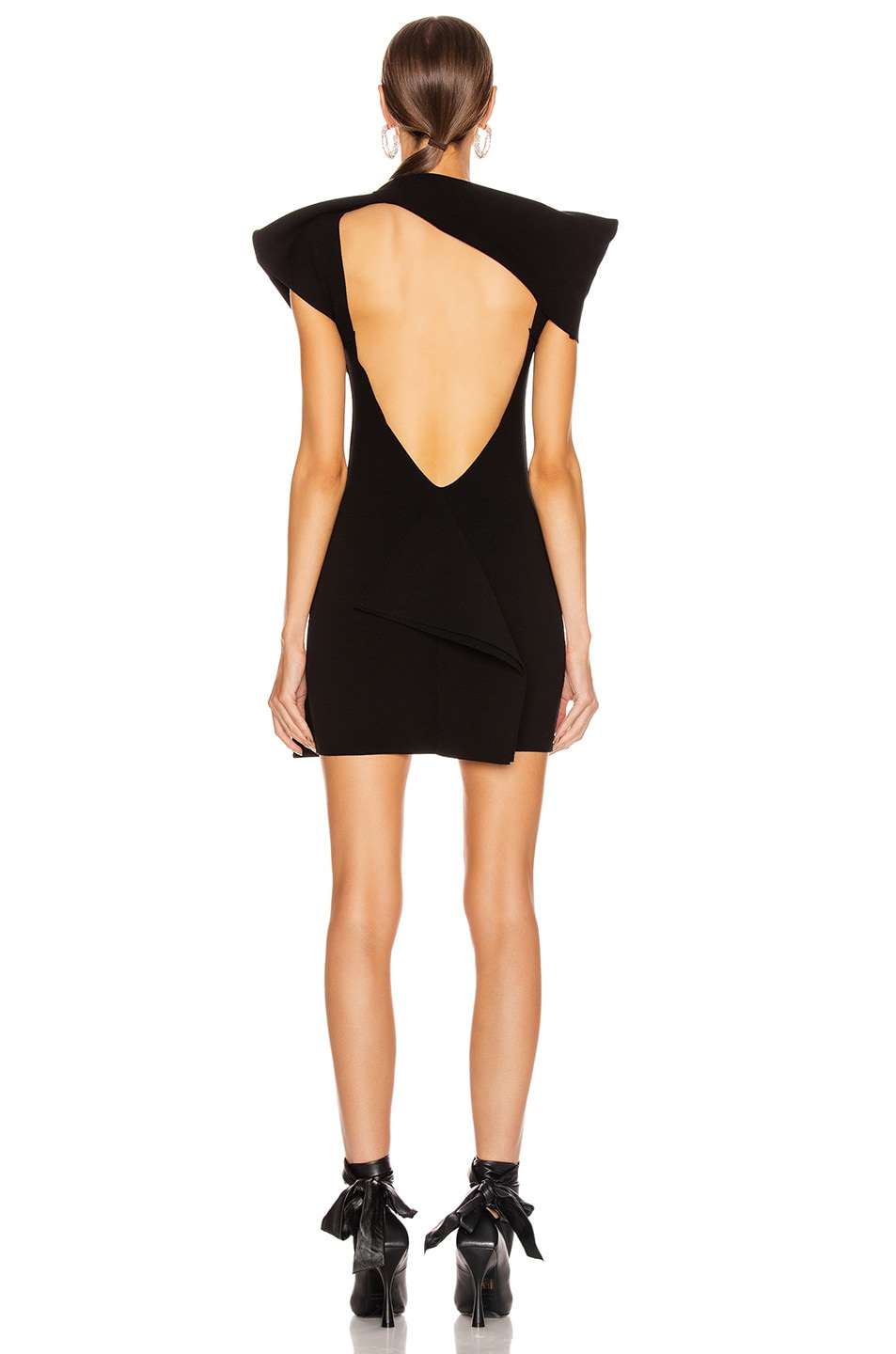 63% viscose, 27% poly, 7% polyamide, 3% elastan. Made in Italy. Dry clean only. Unlined. Mid-weight knit fabric. Sculptural cut out detail on back. Ruffle trim. Stretch fit. This item is not available for international export. Our Style No. RICK-WD124. Manufacturer Style No. RO19F5690 KST.