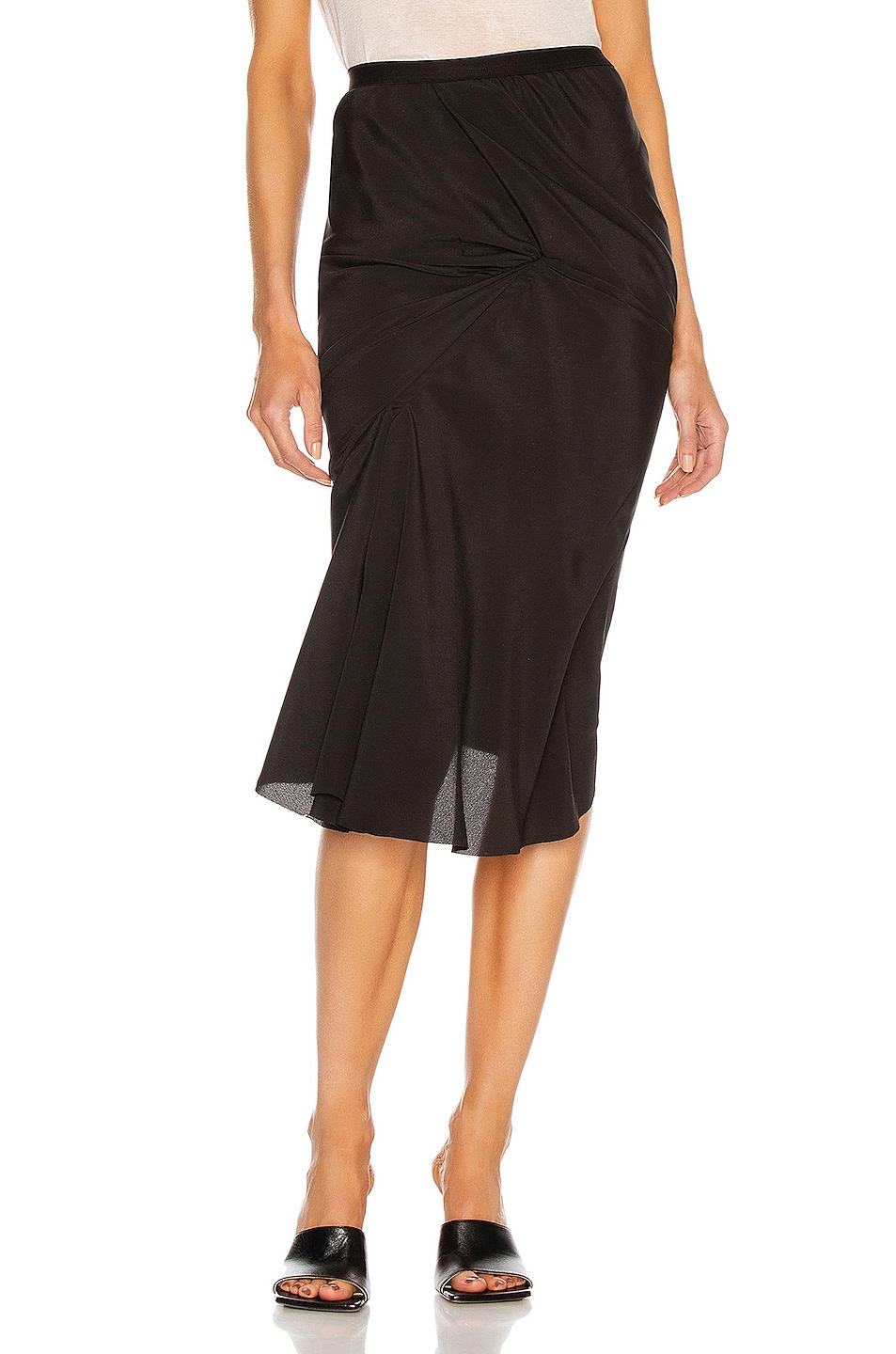 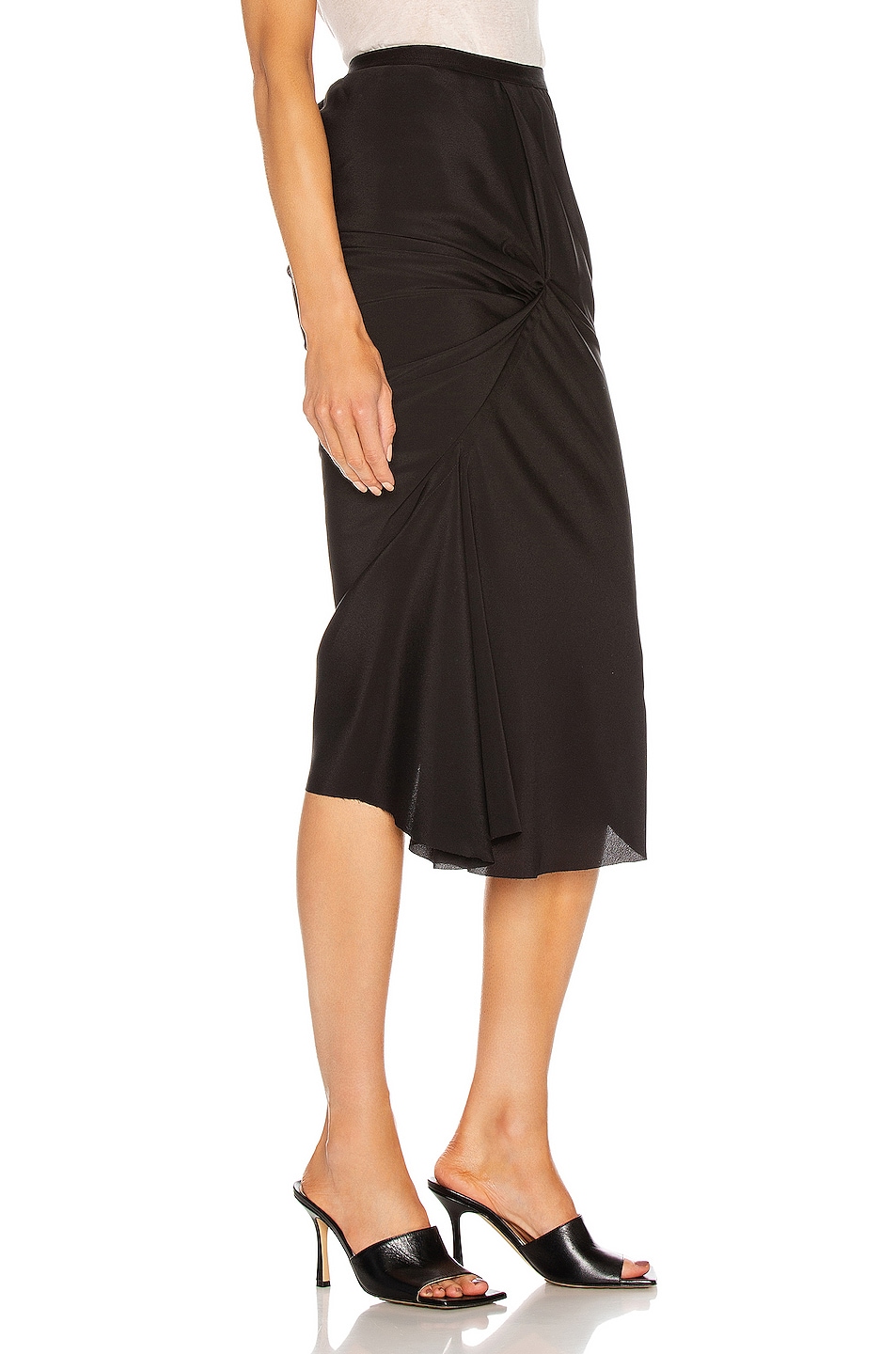 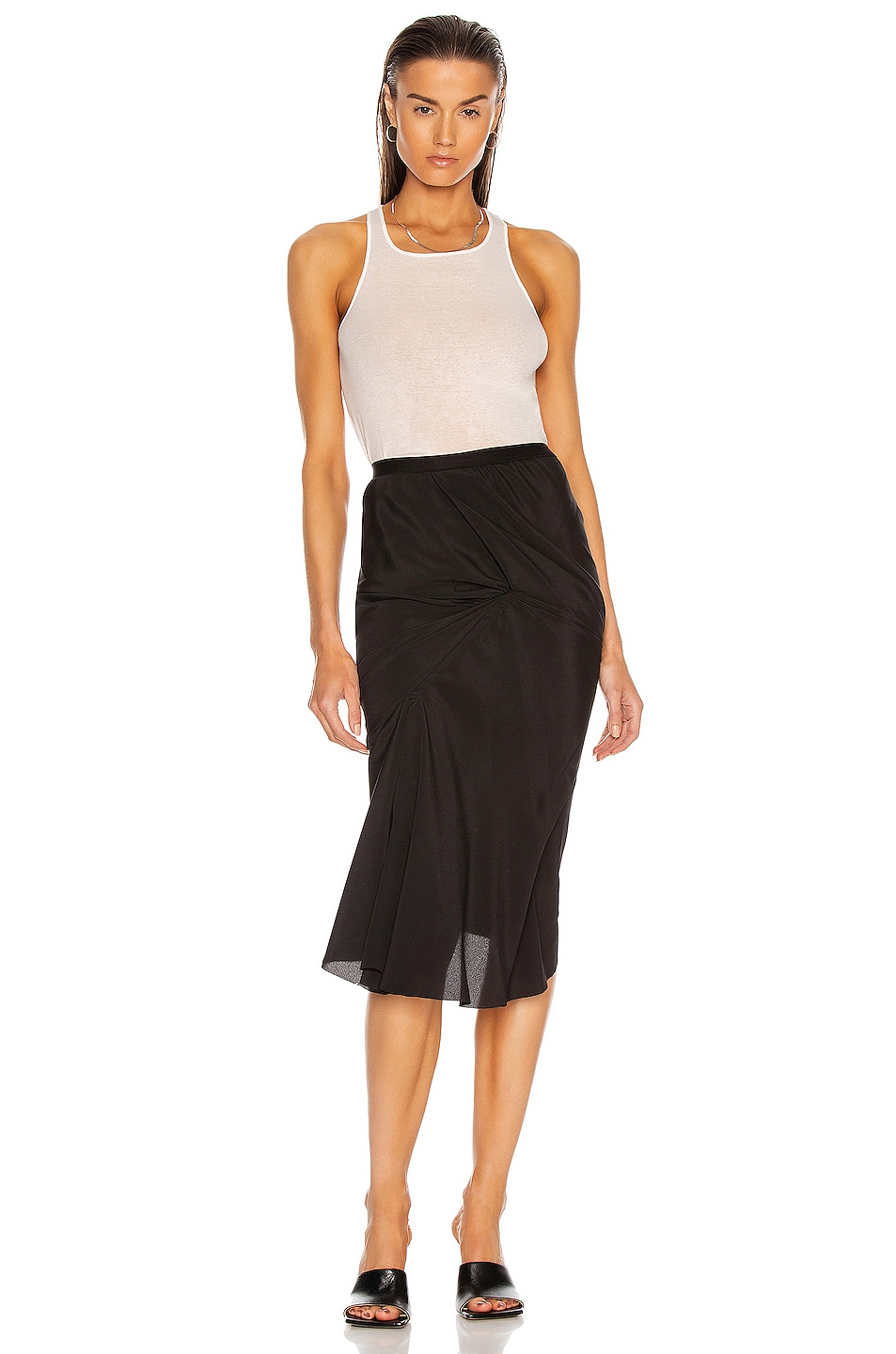 62% acetate, 38% silk. Made in Italy. Dry clean only. Unlined. Elastic waistband. Draped fabric detail on front. Semi-sheer. This item is not available for international export. Our Style No. RICK-WQ40. Manufacturer Style No. RP21S3336 CC.