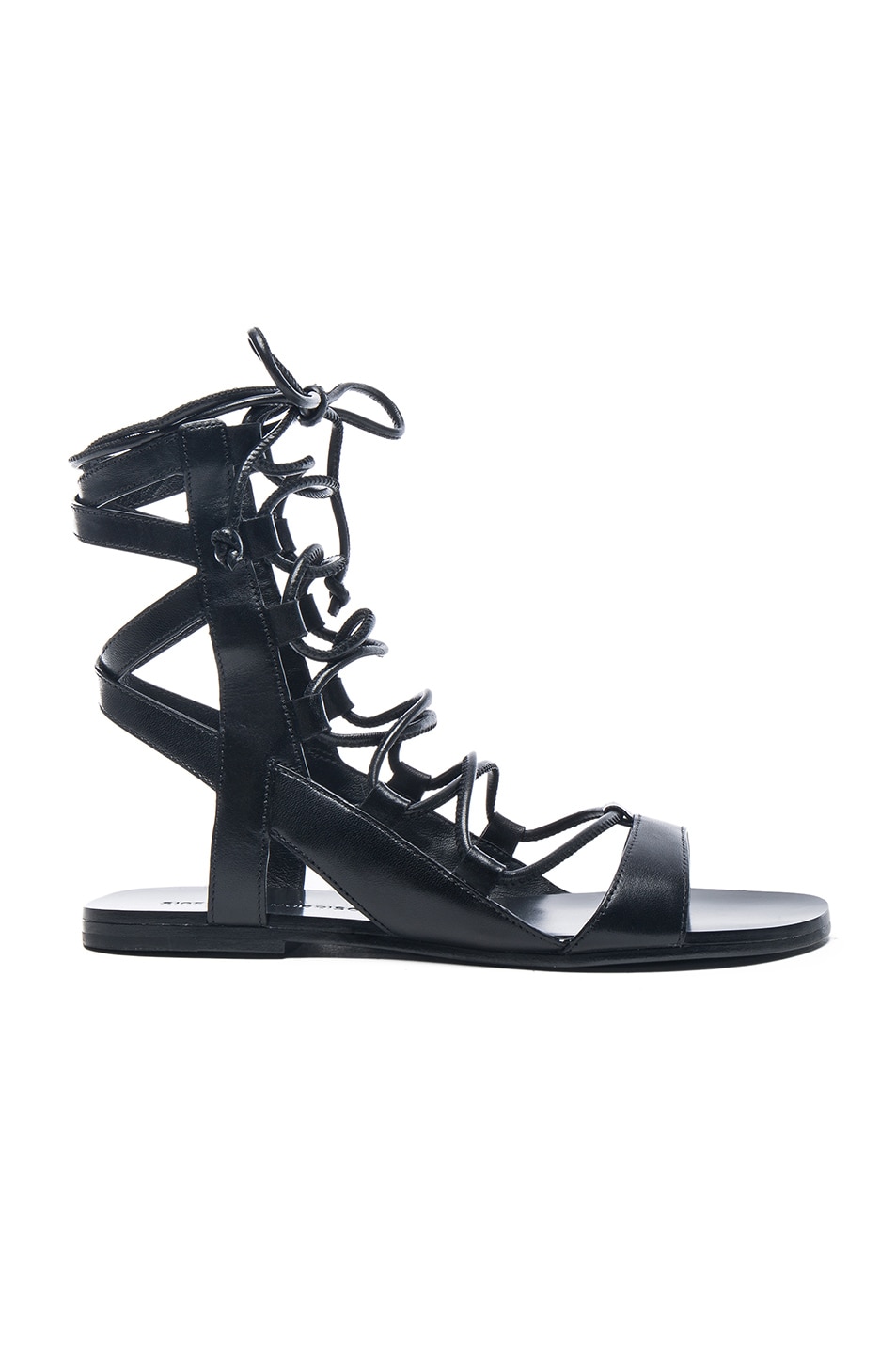 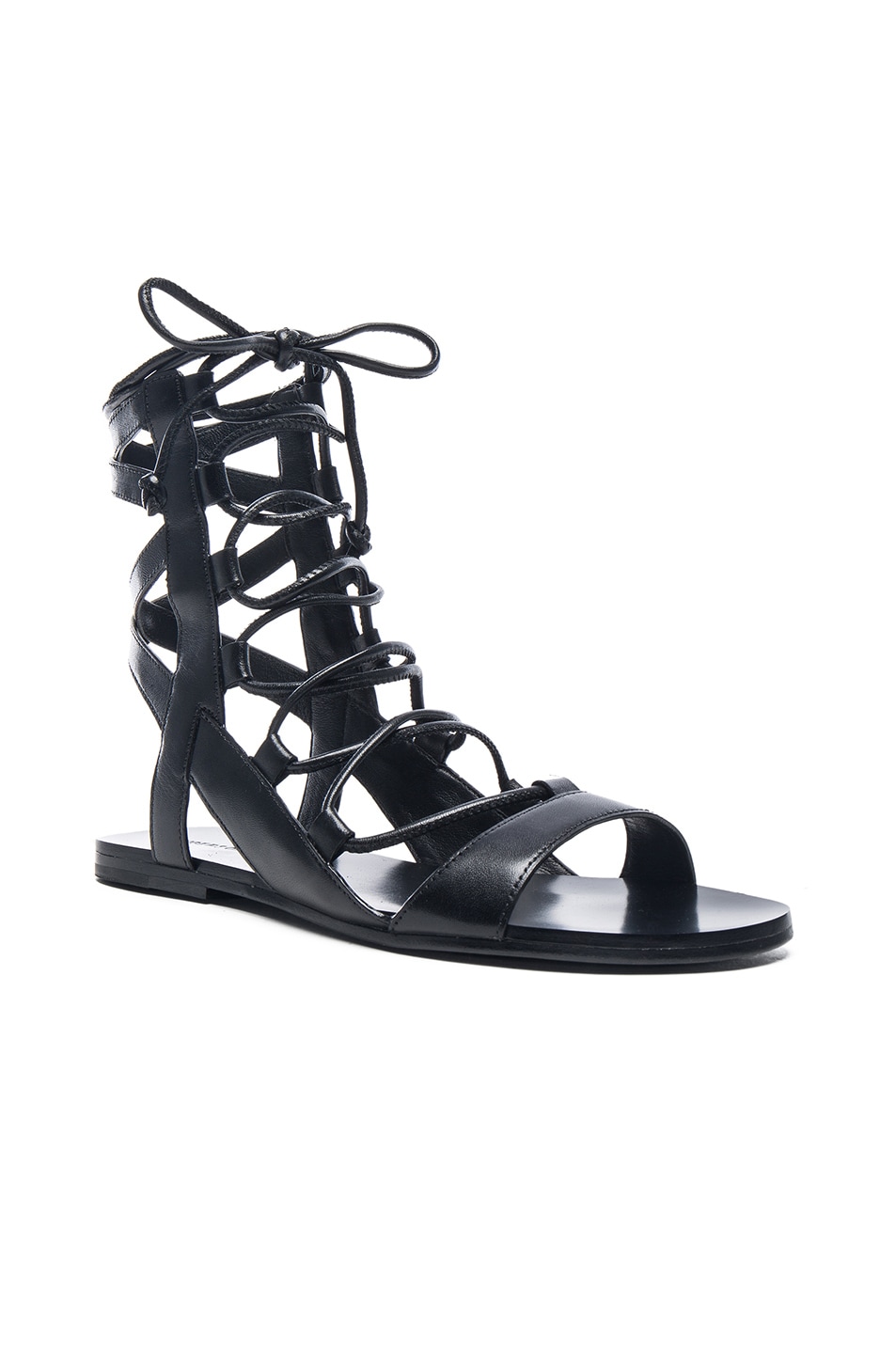 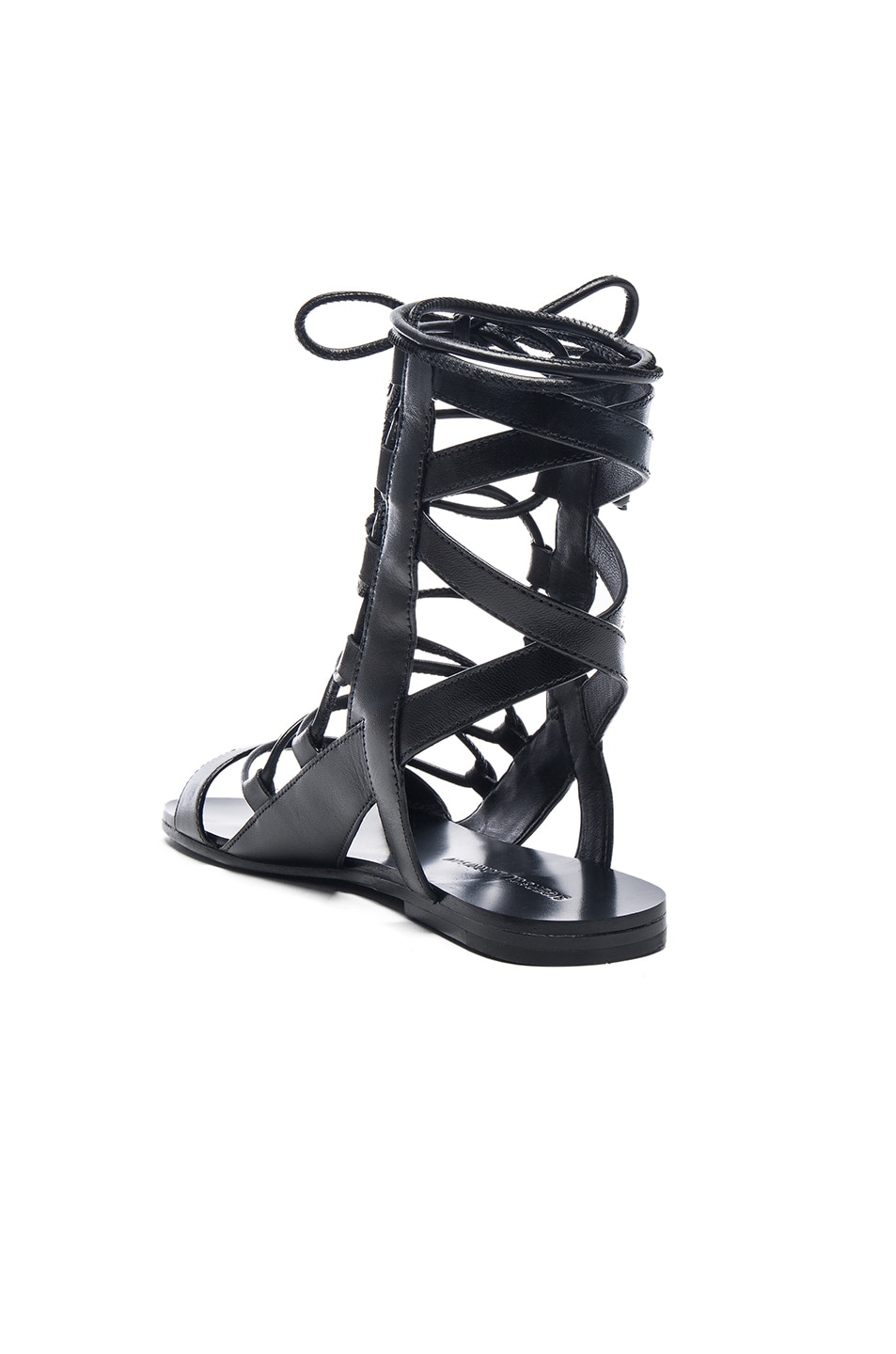 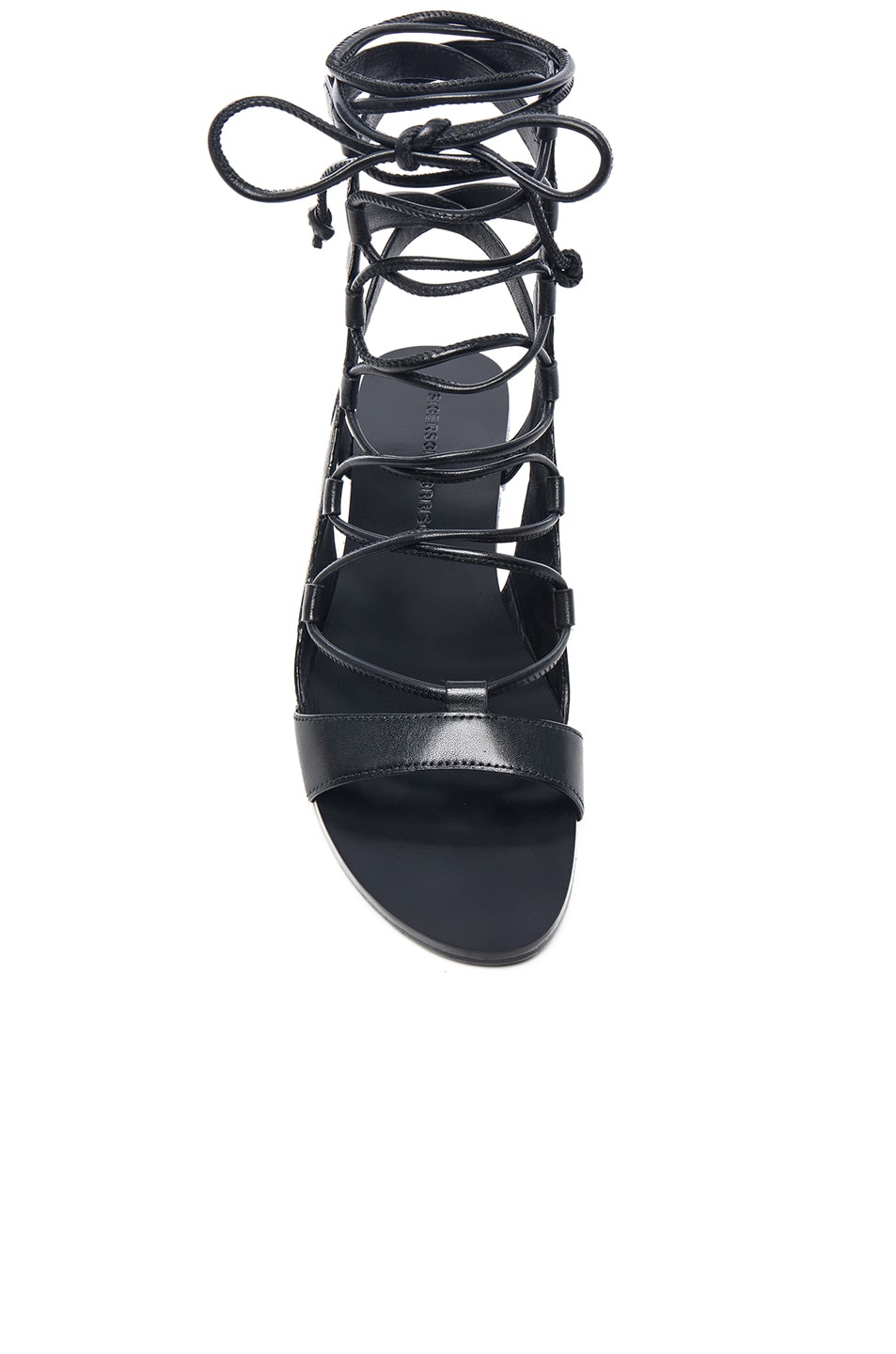 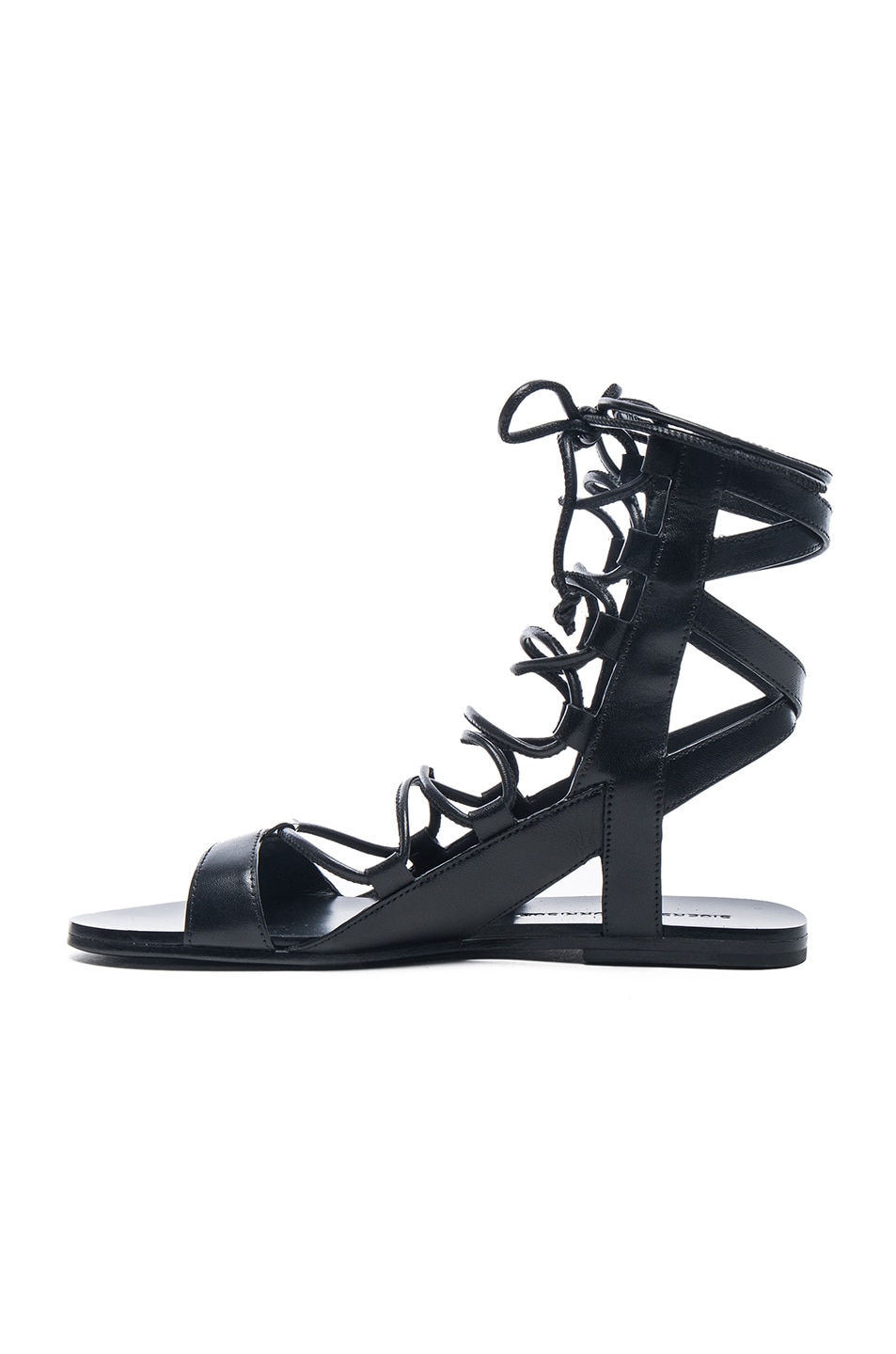 Leather upper and sole. Made in China. Shaft measures approx 140mm/ 5.5 inches in height. Rubber tap heel. Lace up front with wrap around tie closure. Cut out detail throughout. Our Style No. SIGE-WZ31. Manufacturer Style No. BUNNY.