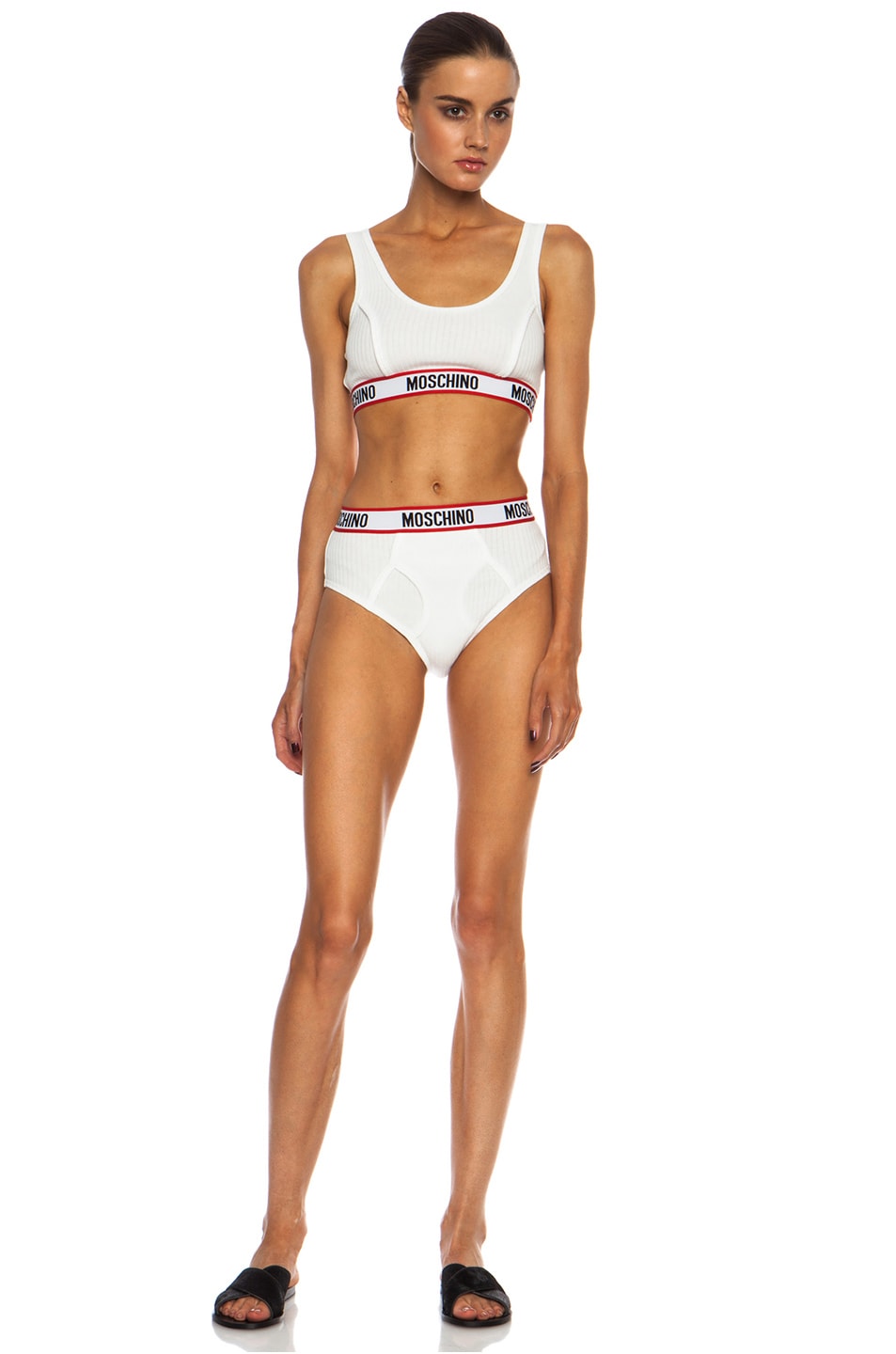 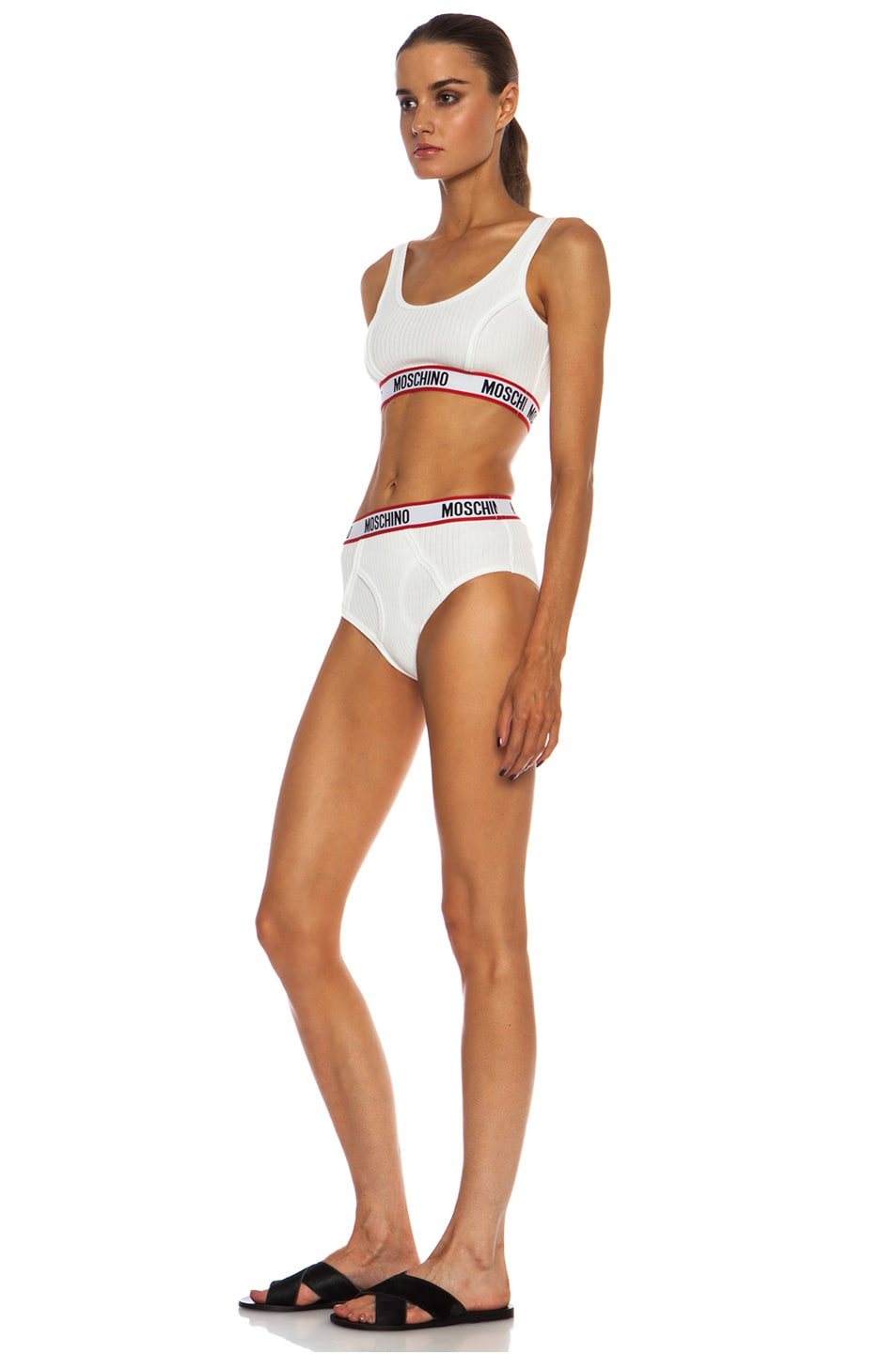 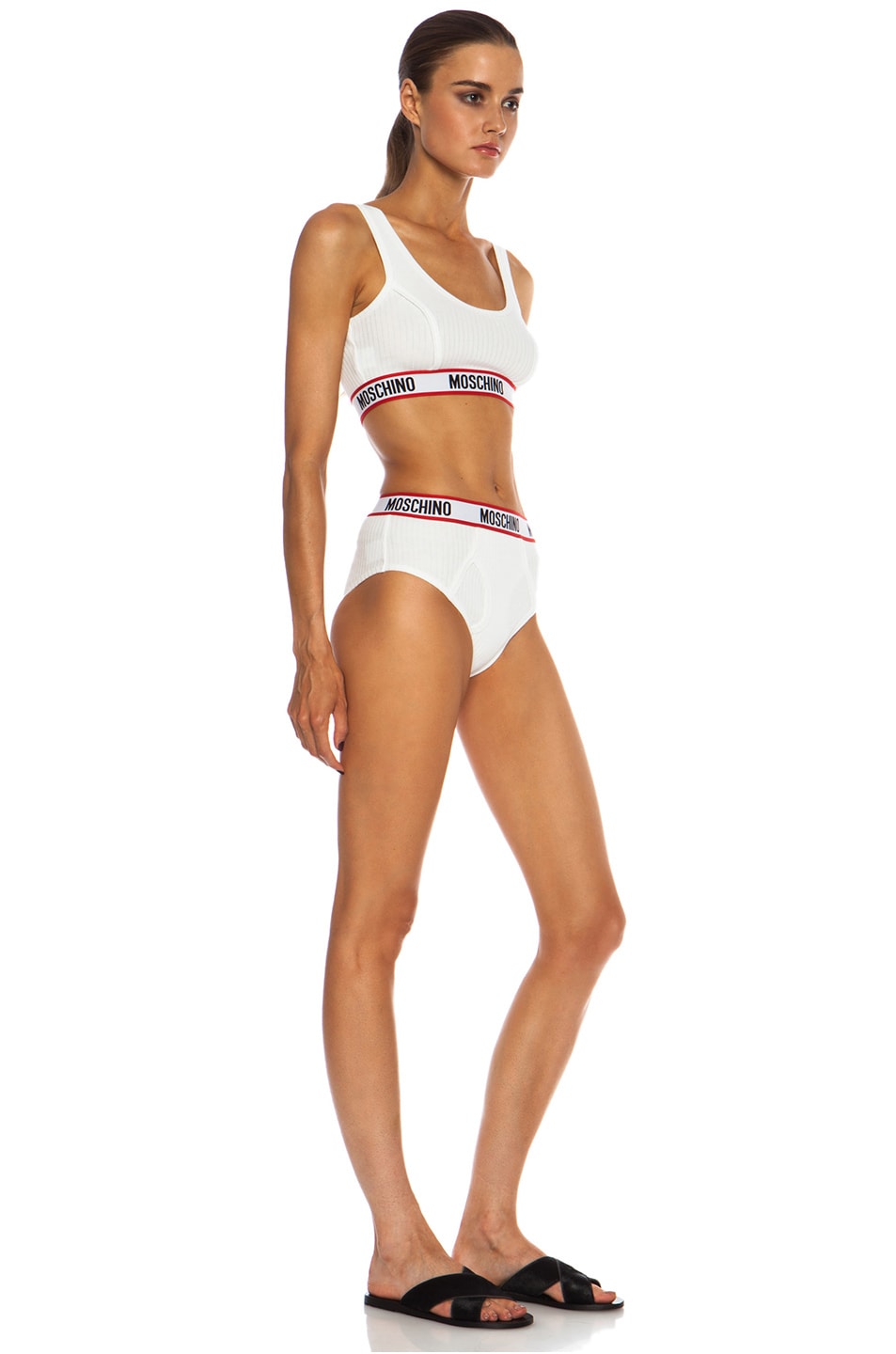 Before launching his eponymous line in 1983, Franco Moschino attended Accademia di Belle Arti where he studied painting and worked as a fashion illustrator on the side. Moschino's sketches caught the eye of Gianni Versace and in 1971 he worked for the designer as a sketch artist. In 1977, Moschino became a designer for Cadette, and in 1983 he collaborated with friend Rosella Jardini to present the first Moschino womenswear fashion show. His provocative designs are celebrated for their quirky spin on classic style and throughout the years have been portrayed as anti-fashion fashion. Since the founding of Moschino Couture, the design house has opened several boutiques worldwide, established a mens line, and launched Moschiono Cheap & Chic, Love Moschino, and several fragrances.