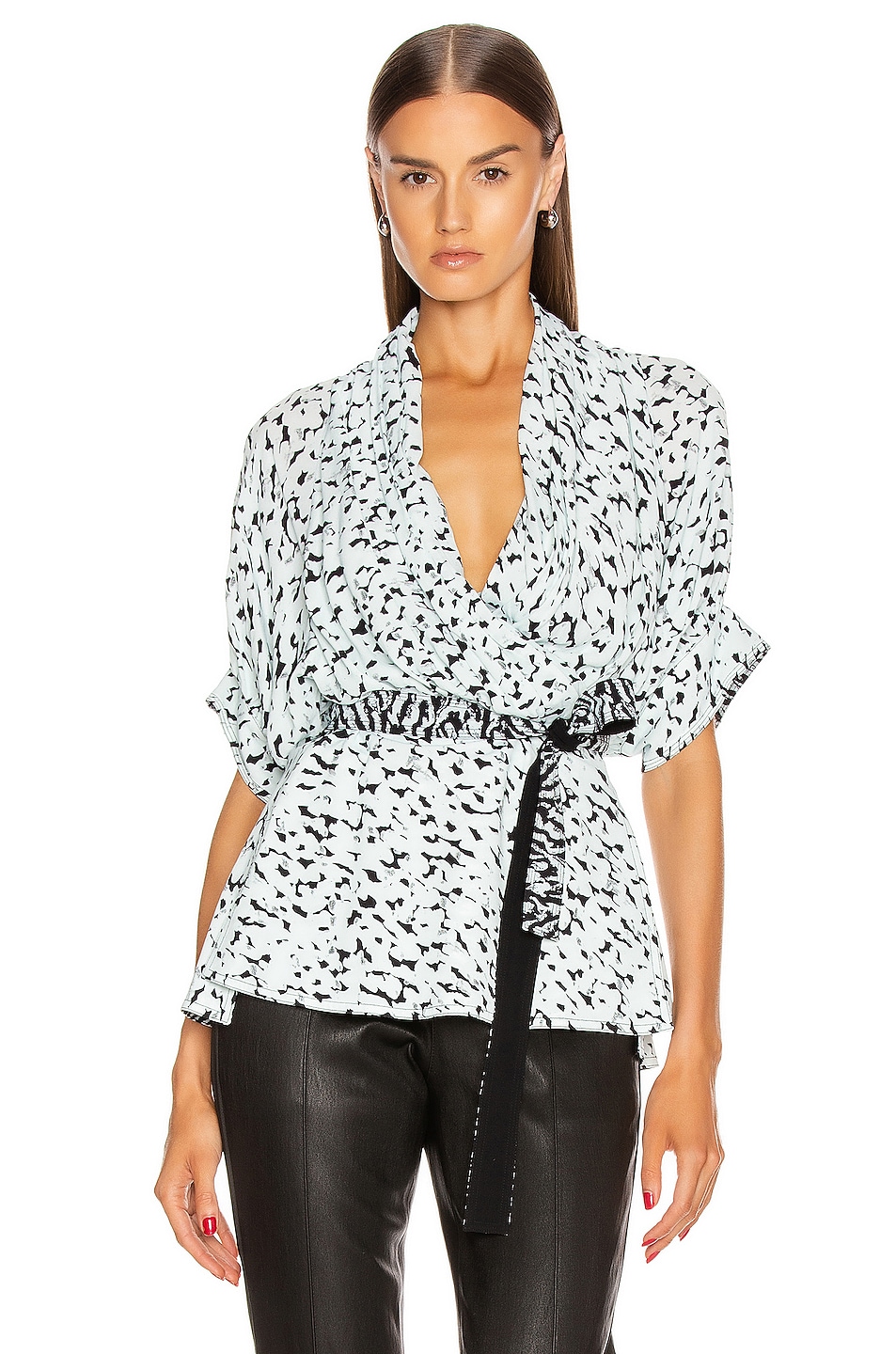 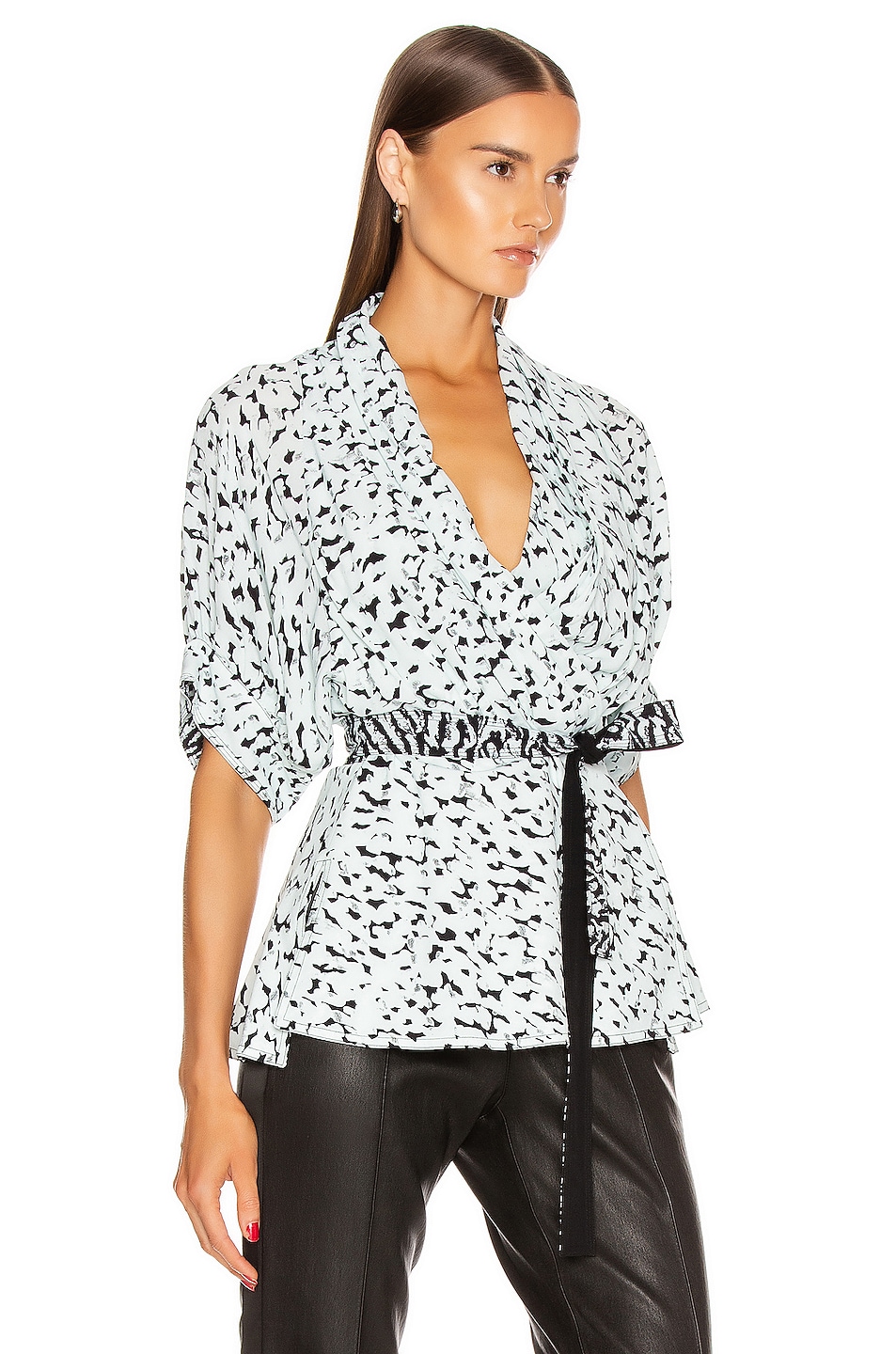 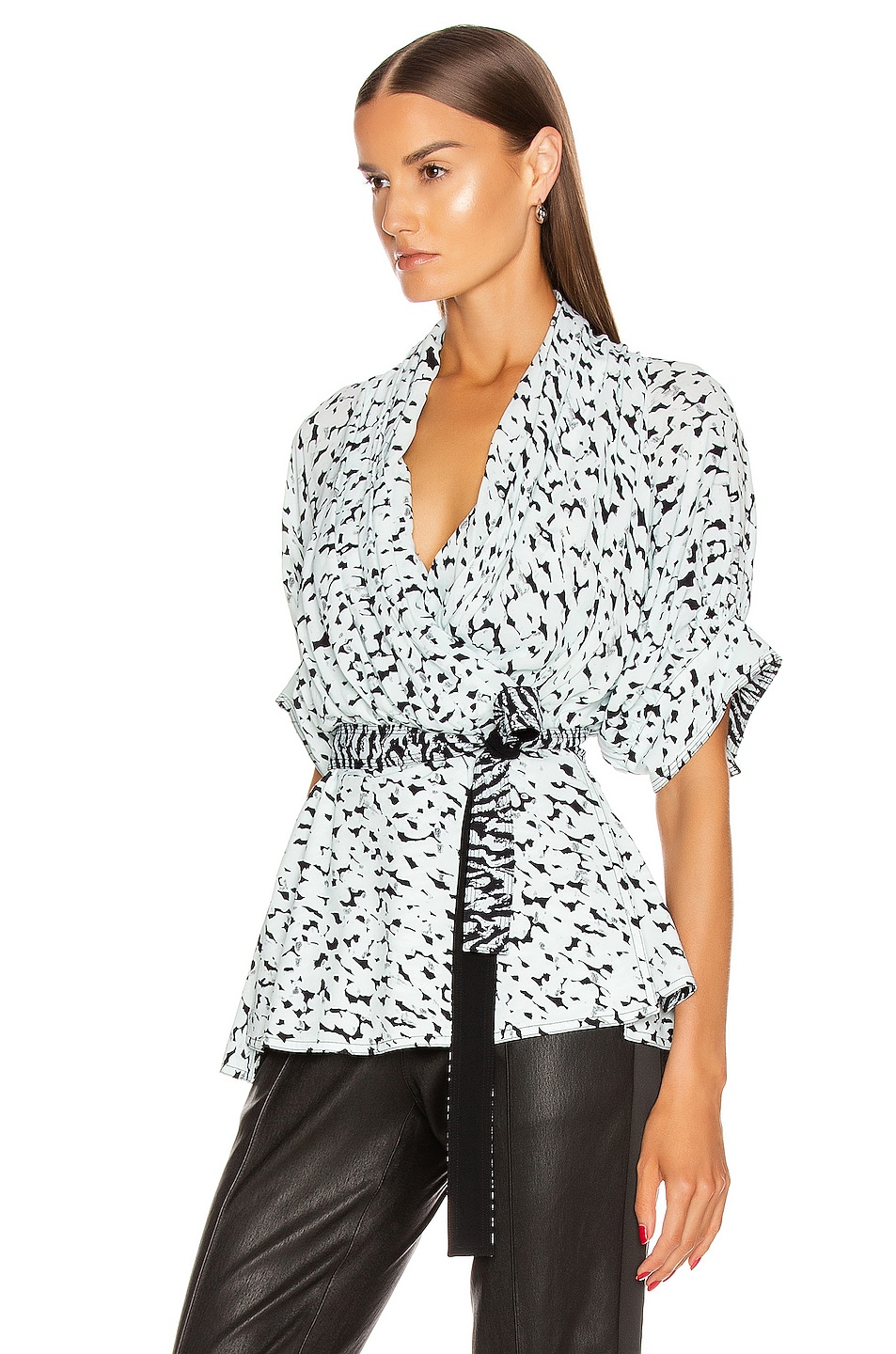 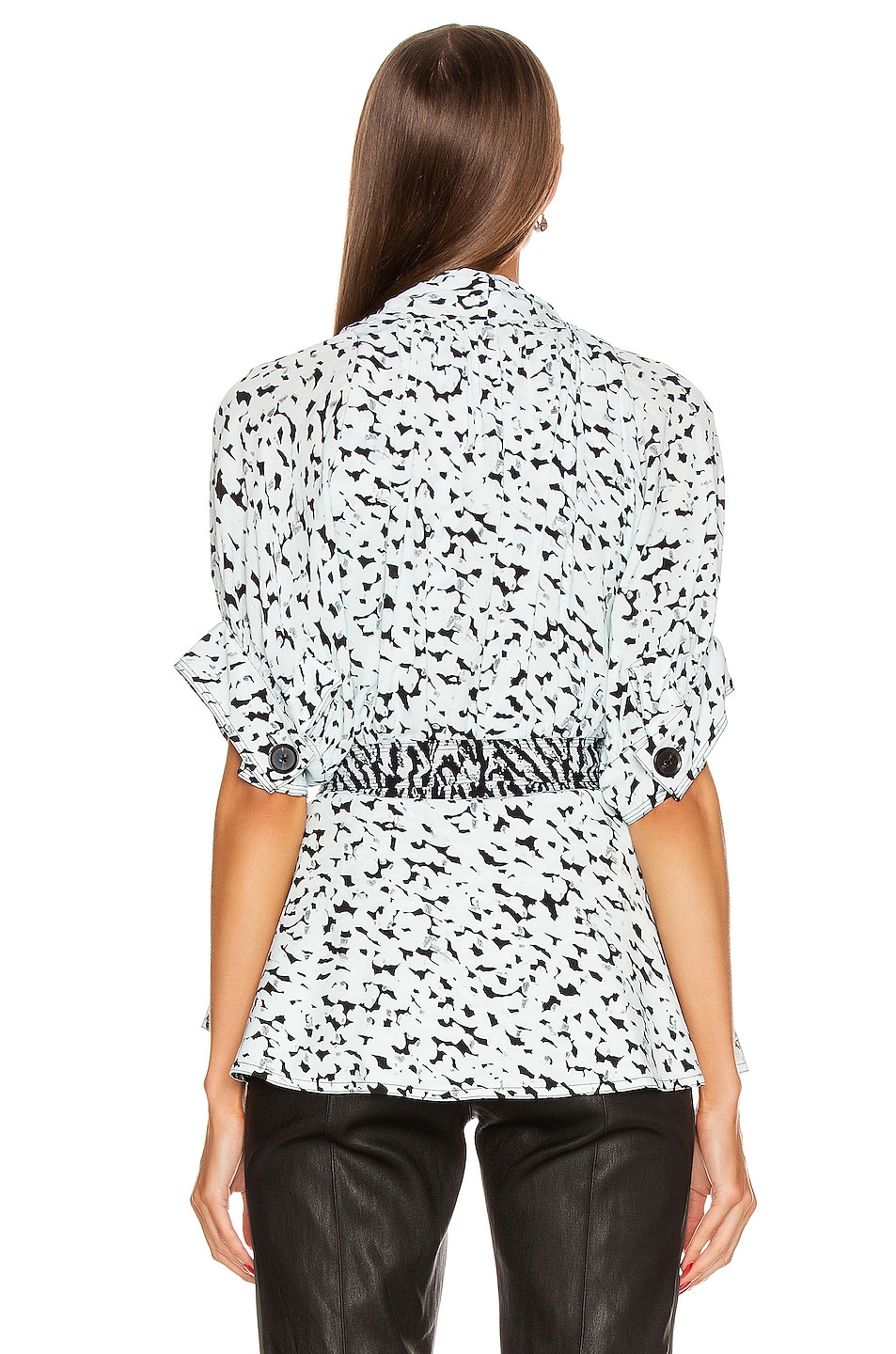 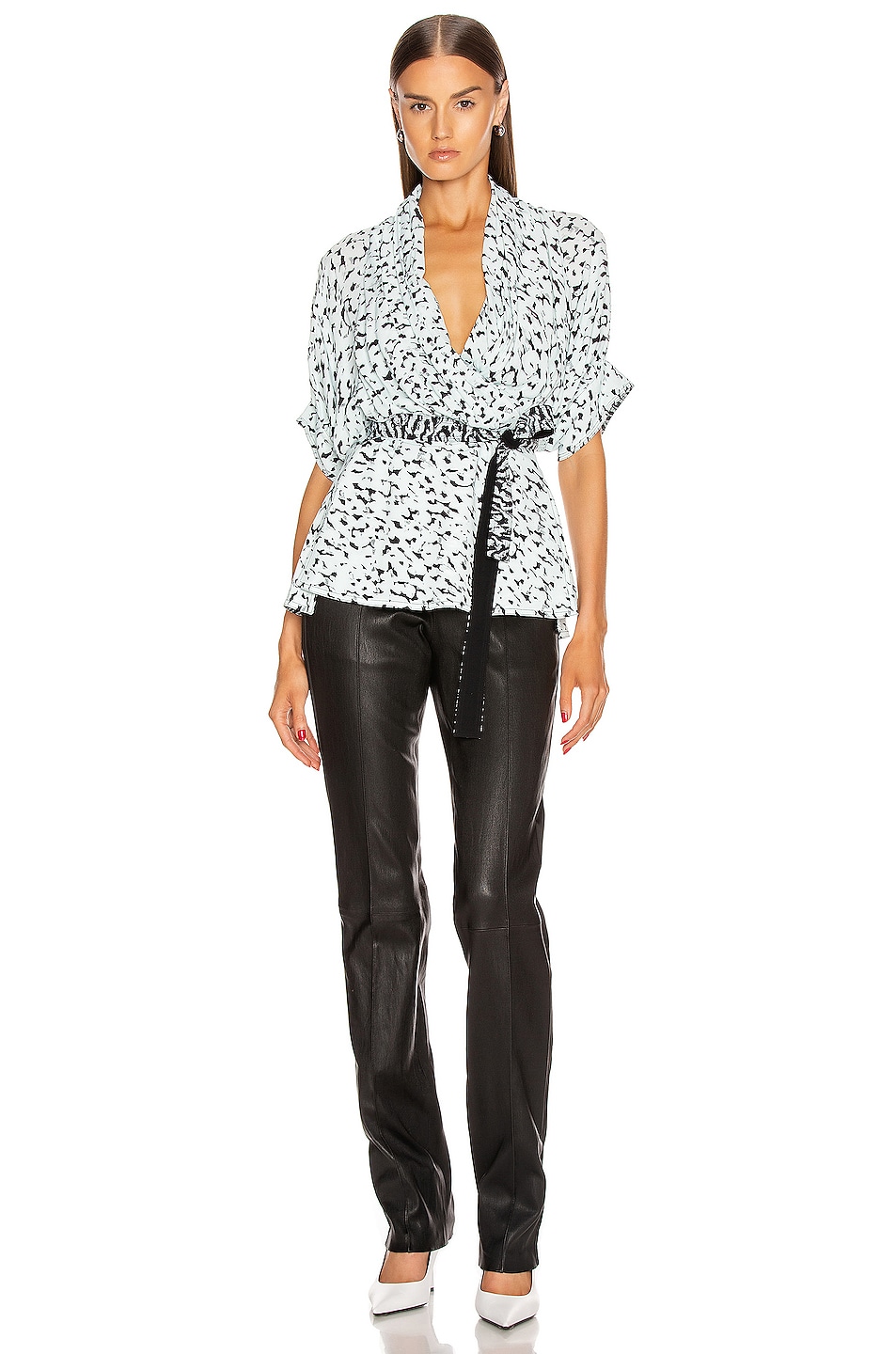 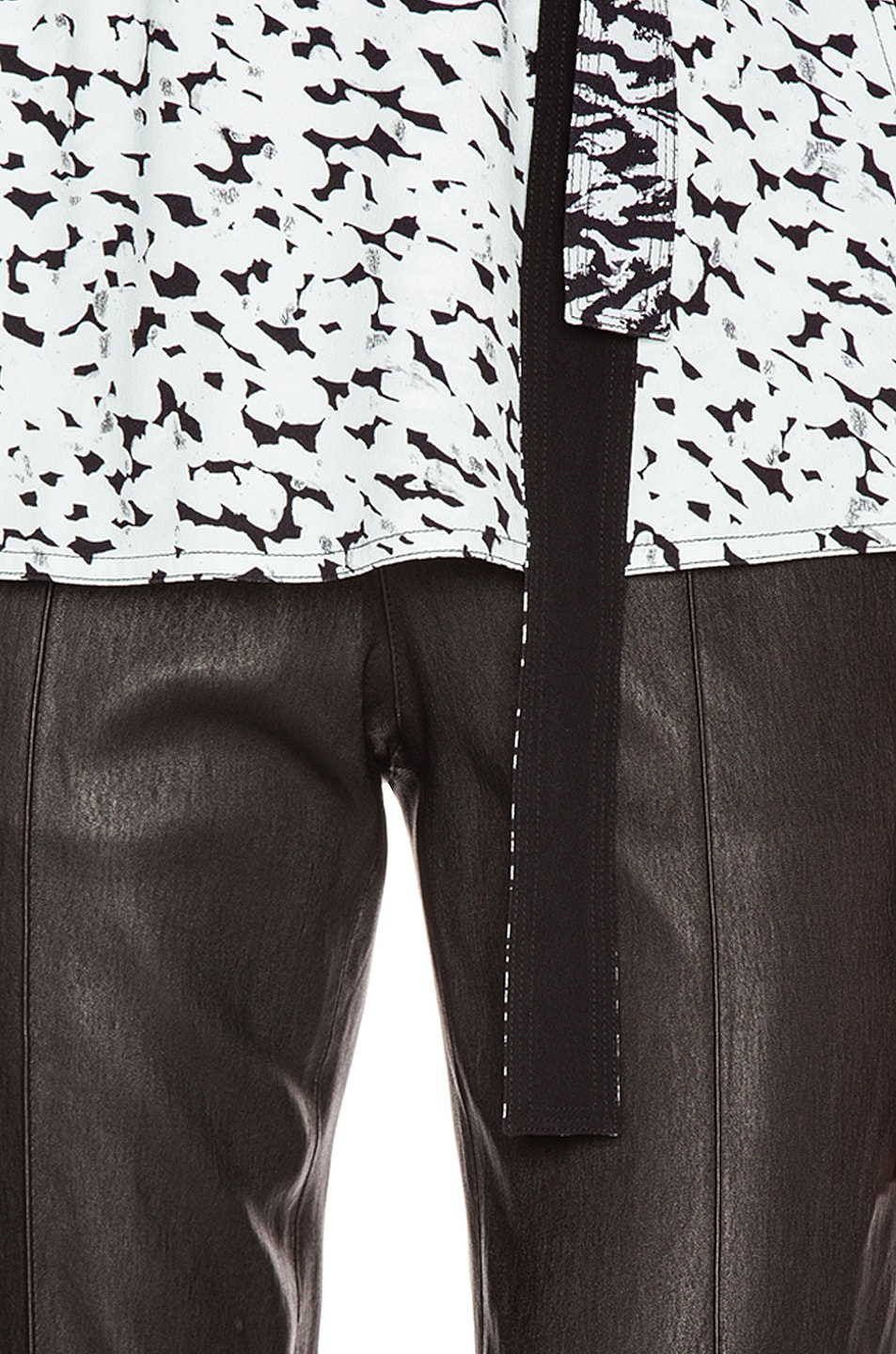 100% viscose. Made in China. Dry clean only. Wrap front with tie closure. Pleated fabric at front. Barrel cuff with button closure. Our Style No. PROE-WS149. Manufacturer Style No. R2014037.