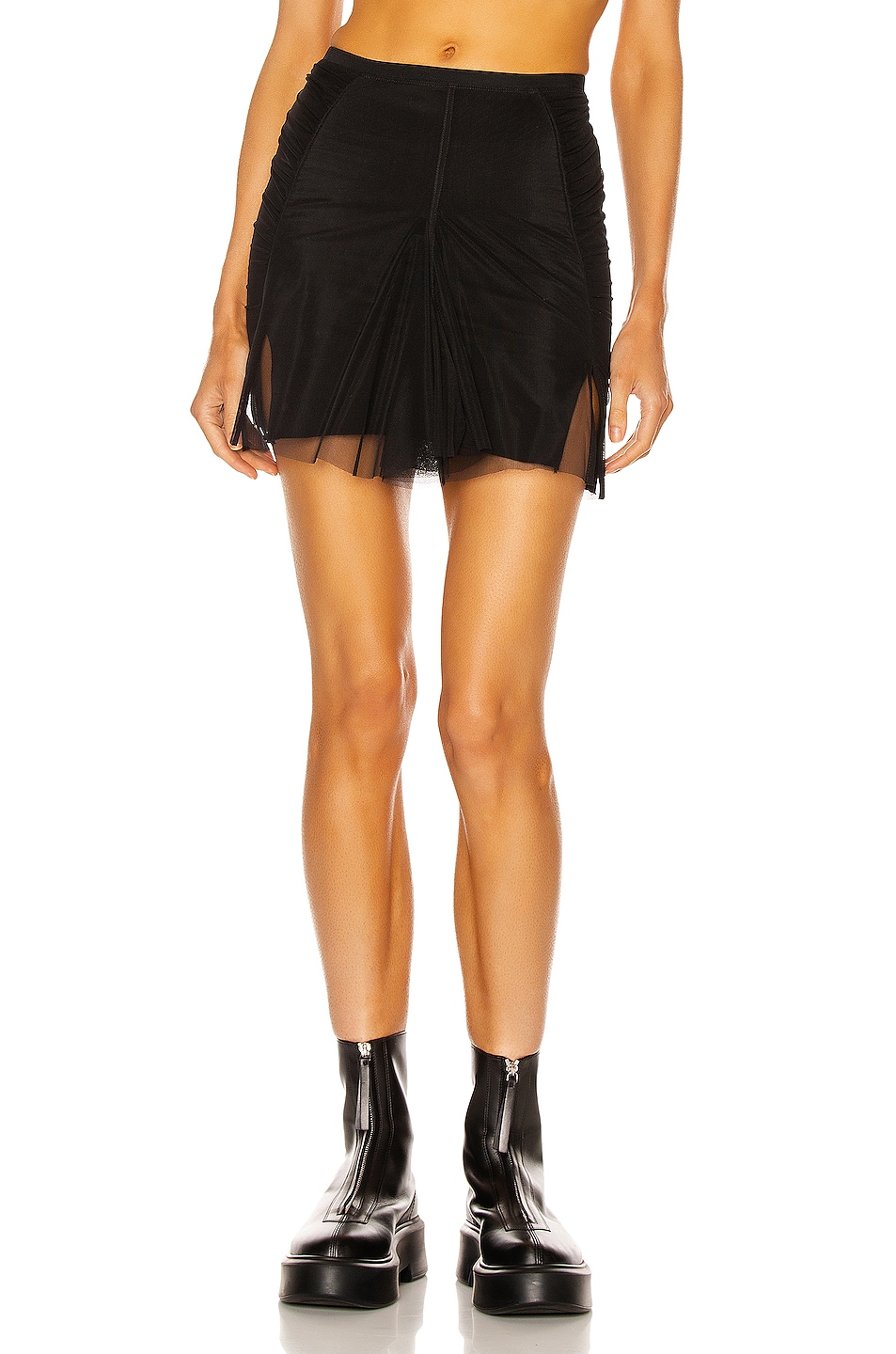 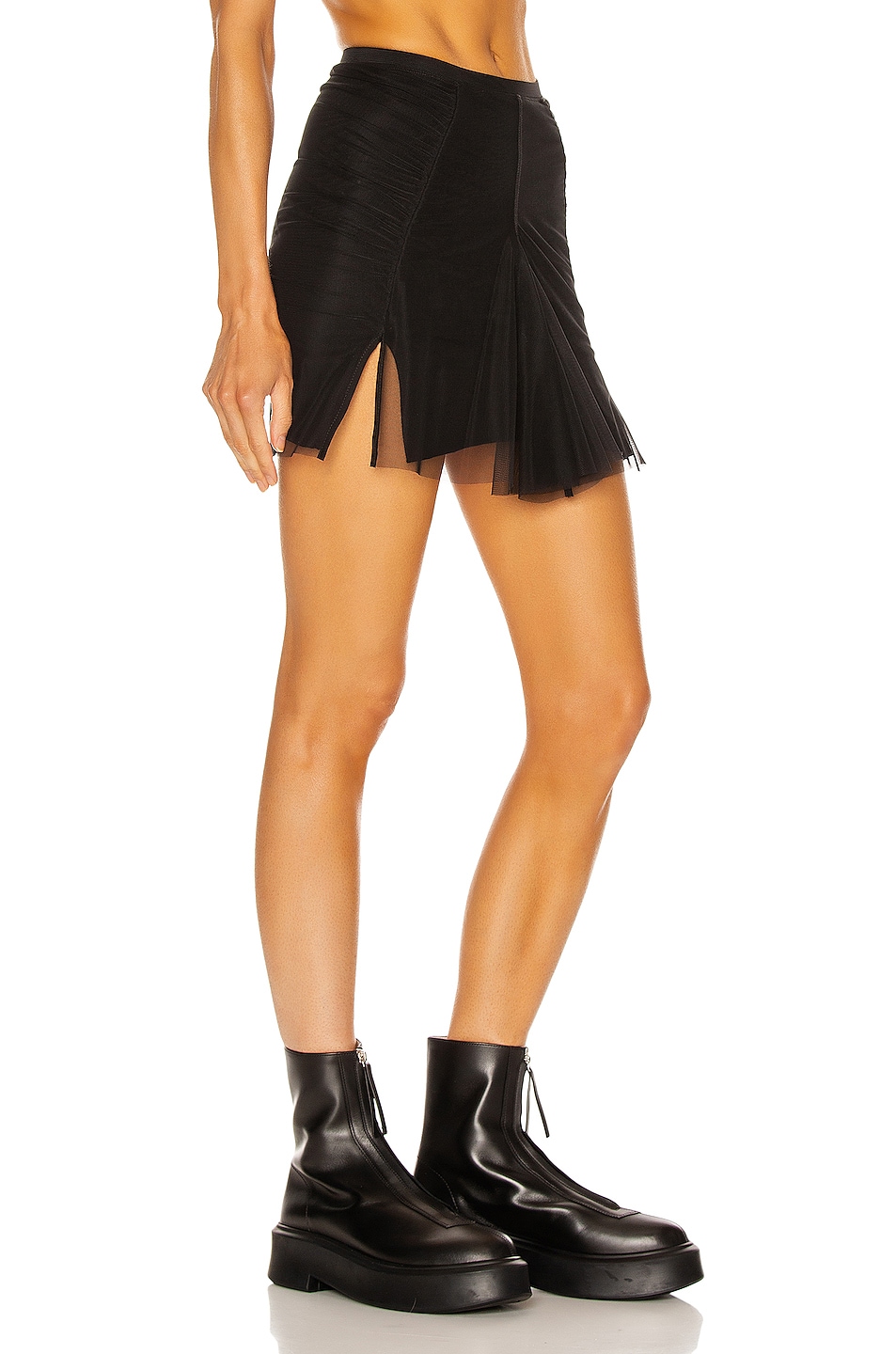 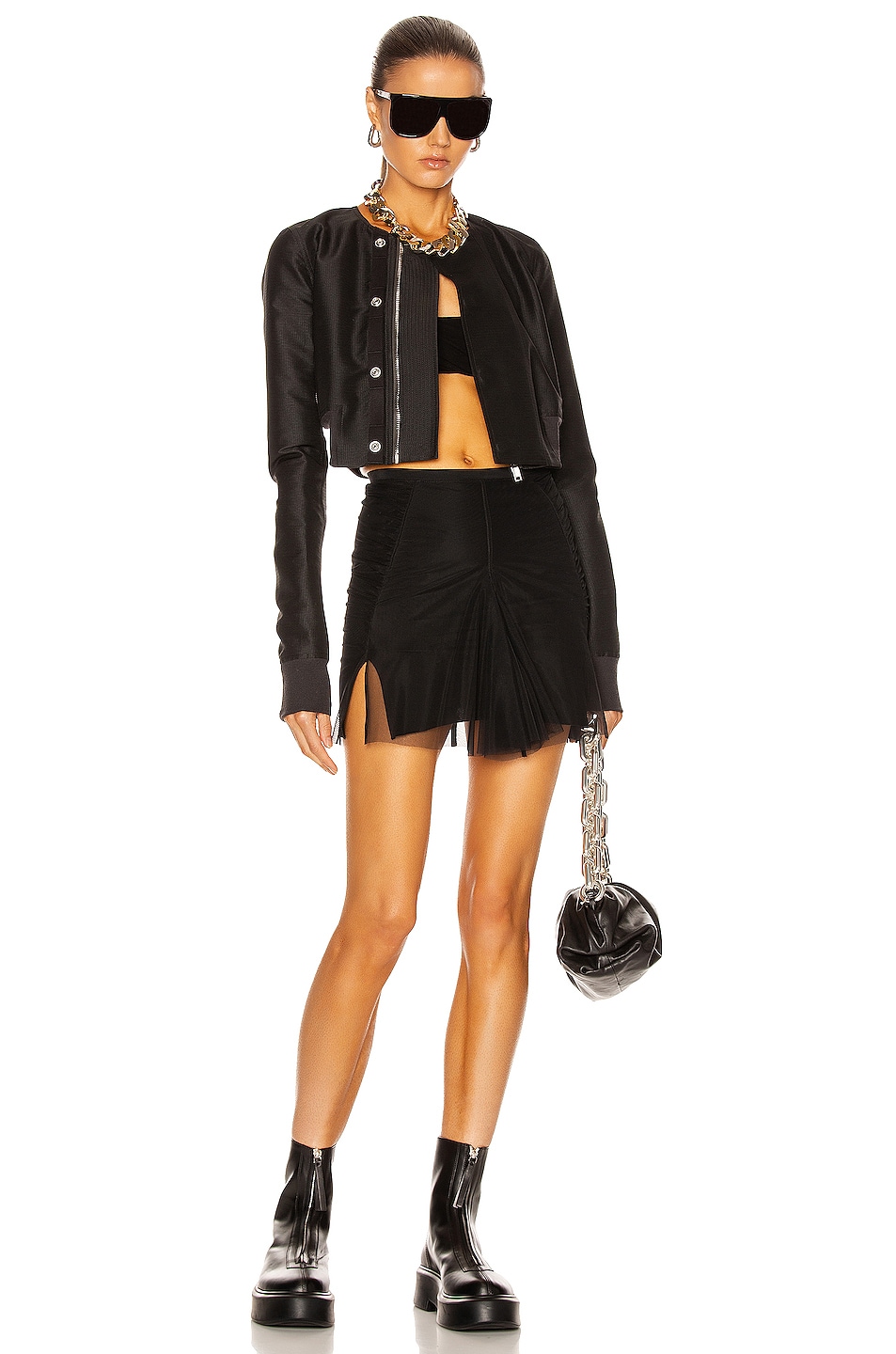 Self: 84% polyamide, 16% elastanLining: 100% cotton. Made in Italy. Hand wash. Fully lined. Jersey fabric with mesh overlay. Godet pleat at front. Ruched fabric along sides. Side slits at hem. This item is not available for international export. Our Style No. RICK-WQ47. Manufacturer Style No. RO21S3363 TUSJA.