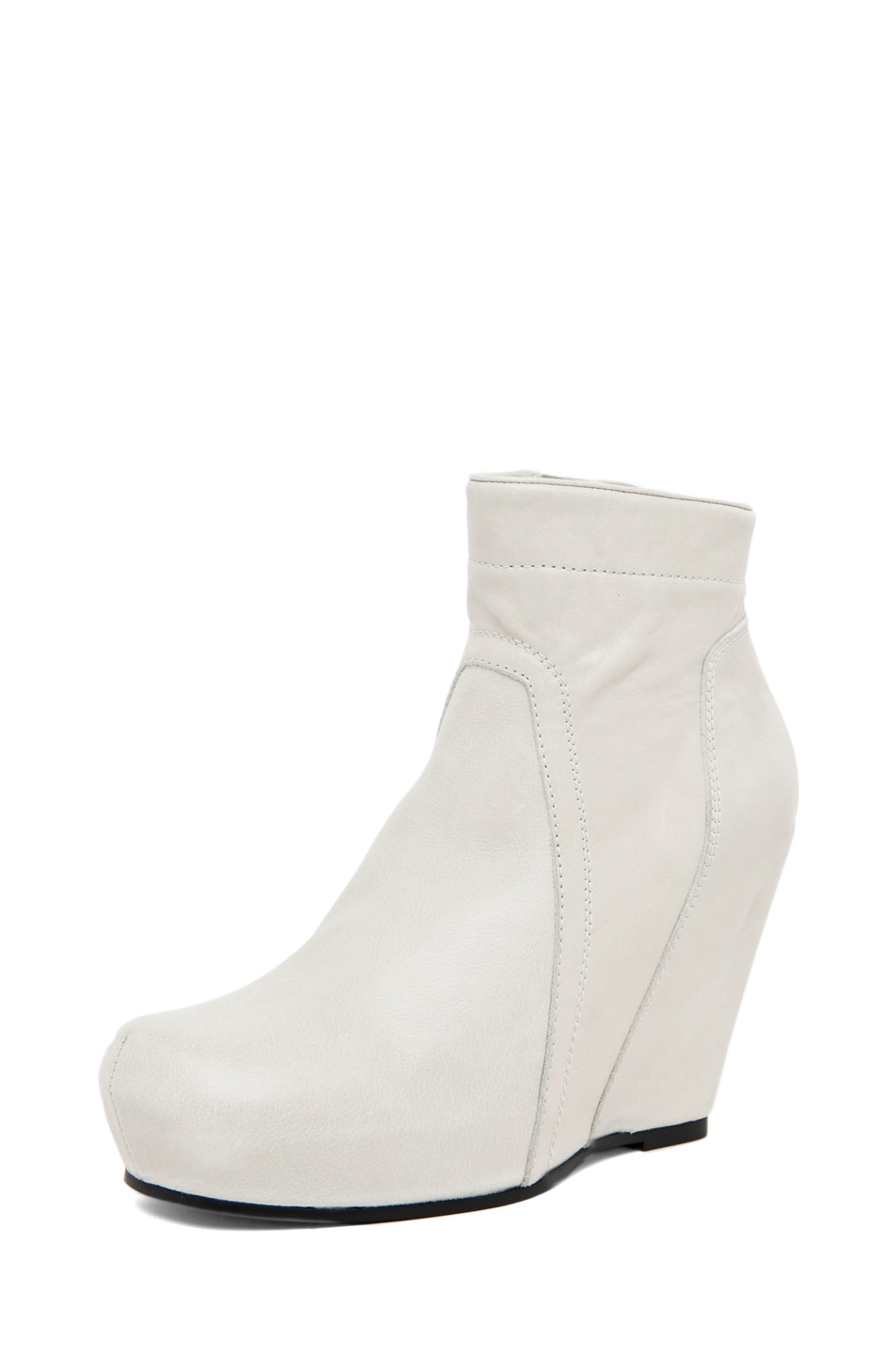 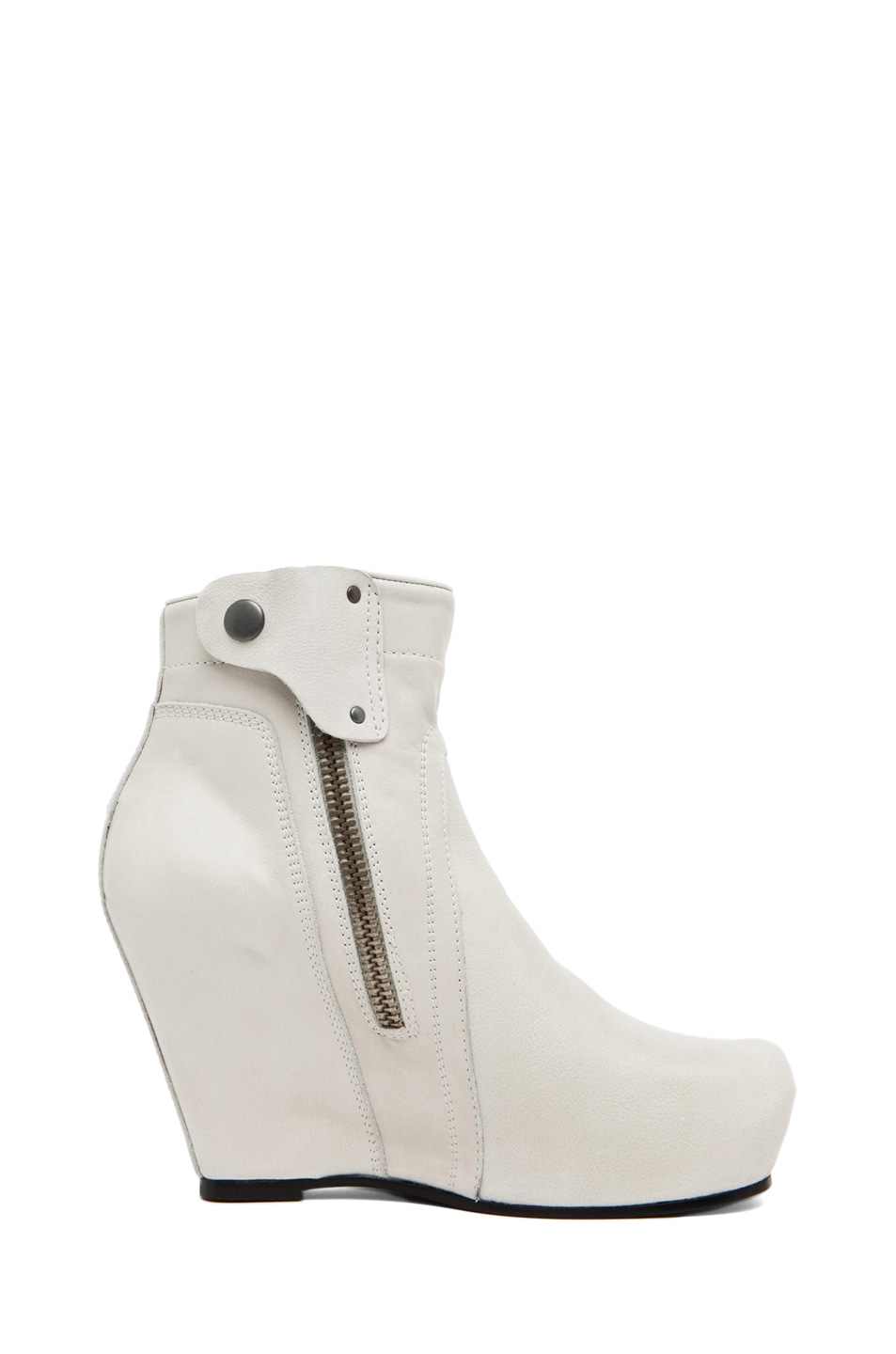 Calfskin leather upper and sole. Made in Italy. Approx 100mm/ 4 inch hidden wedge. Approx 25mm/ 1 inch hidden platform. Exposed side zip closure. Snap button closure on side. This item is not available for international export. Our Style No. RICK-WZ21. Manufacturer Style No. 3800-LBO.