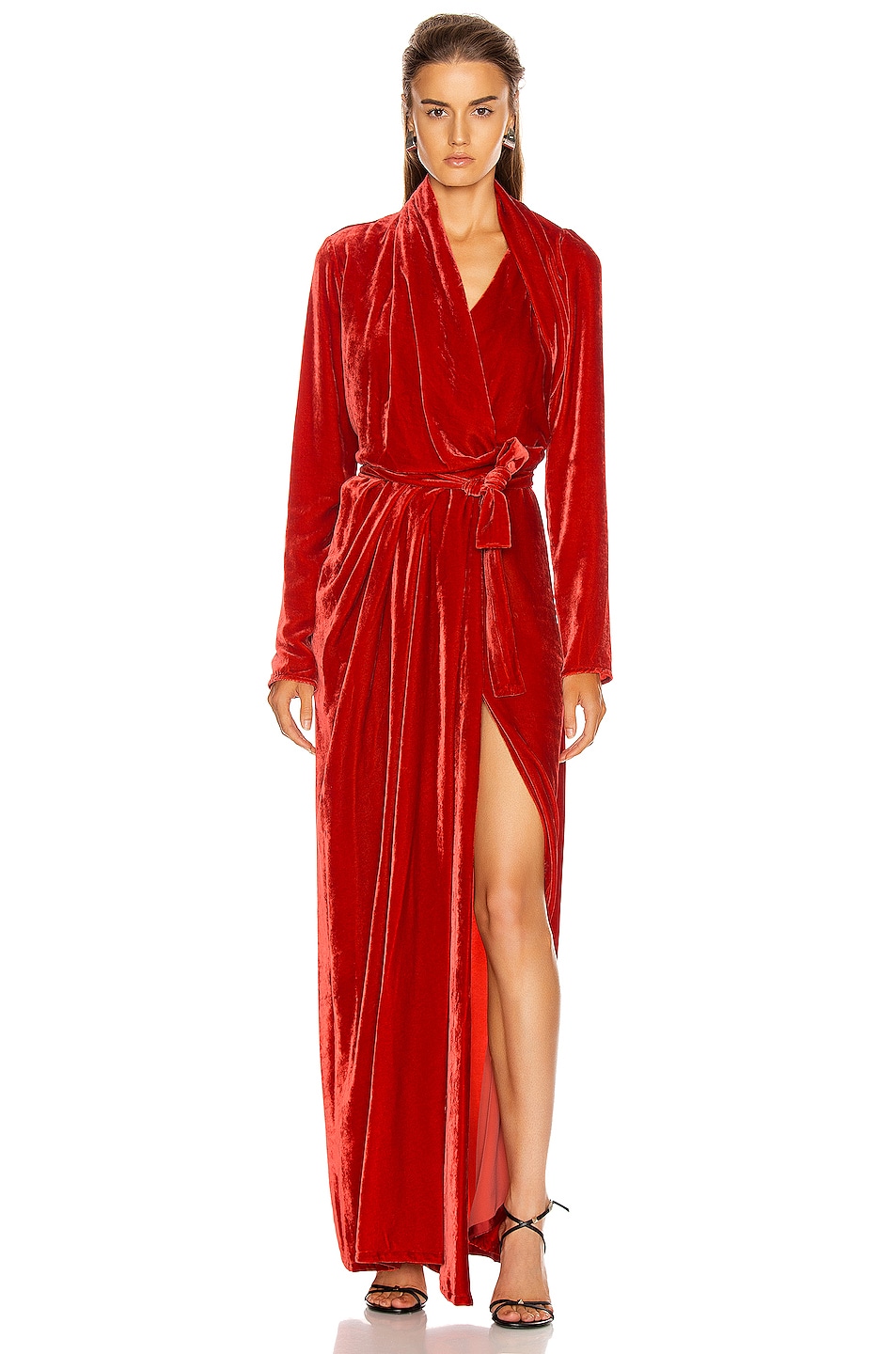 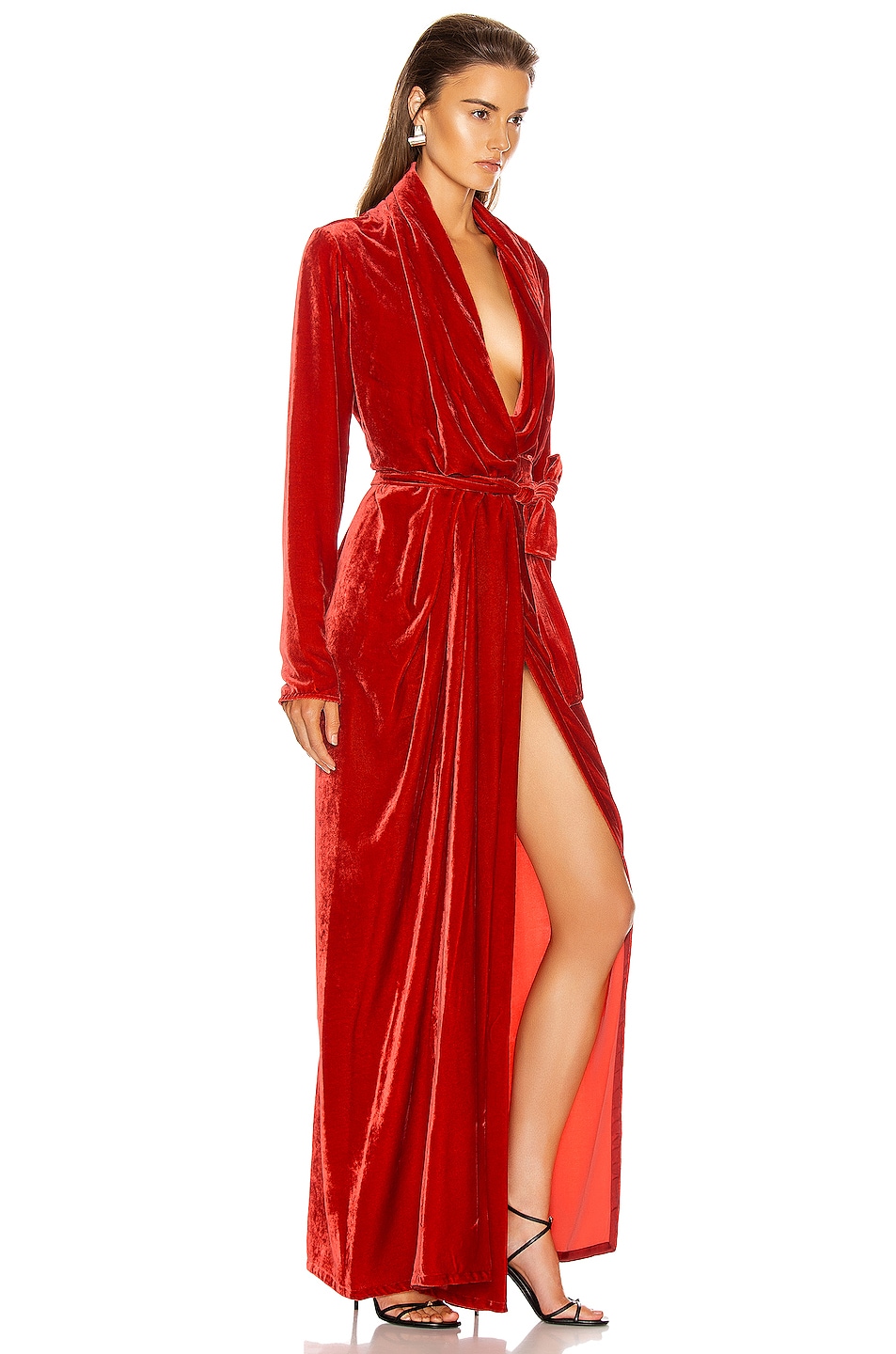 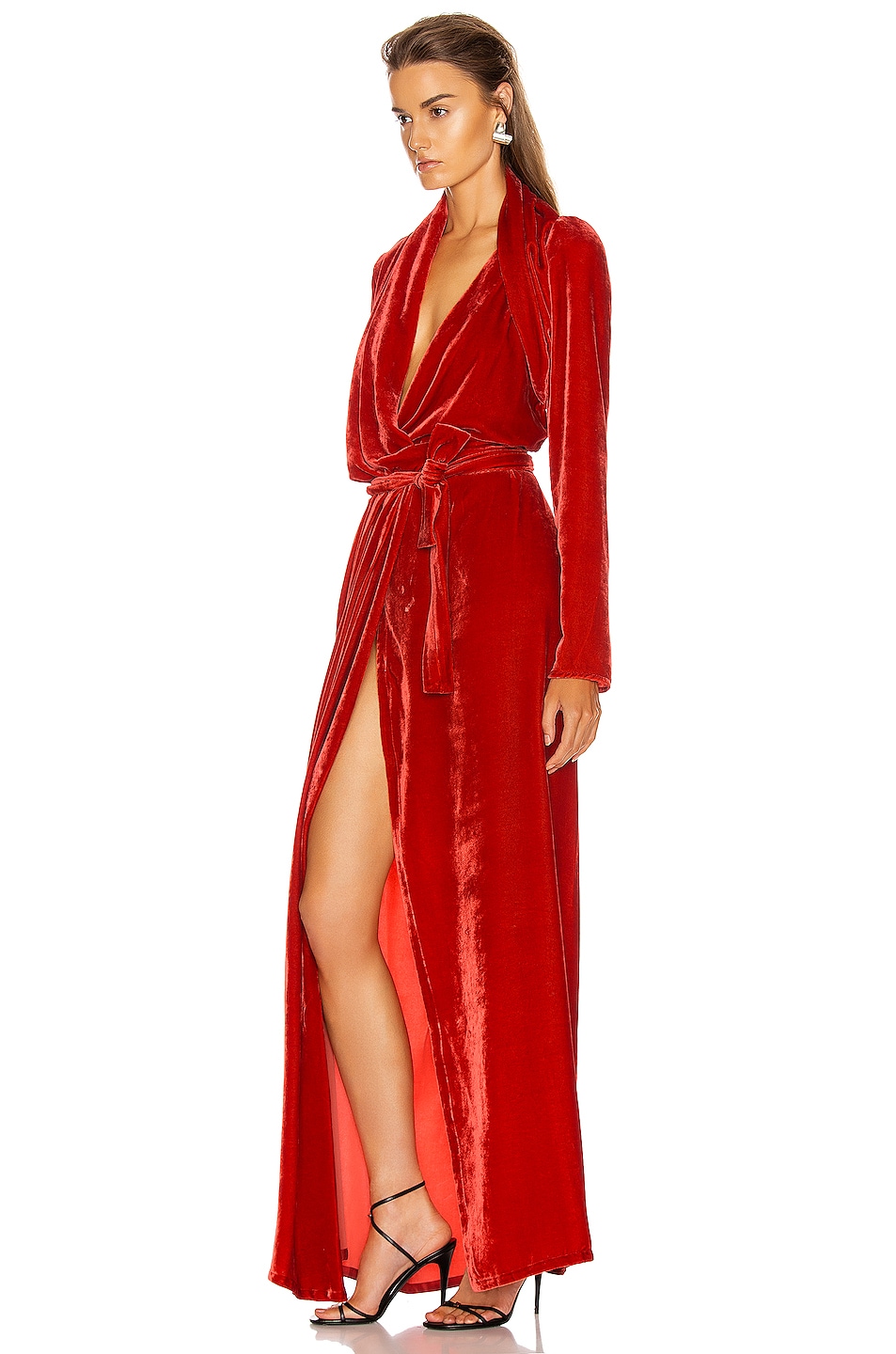 Self: 80% viscose, 20% silk. Lining: 100% cupro. Made in Italy. Dry clean only. Unlined. Wrap around neckline with tie closure. Velvet fabric. This item is not available for international export. Our Style No. RICK-WD116. Manufacturer Style No. RP19F5500 V.