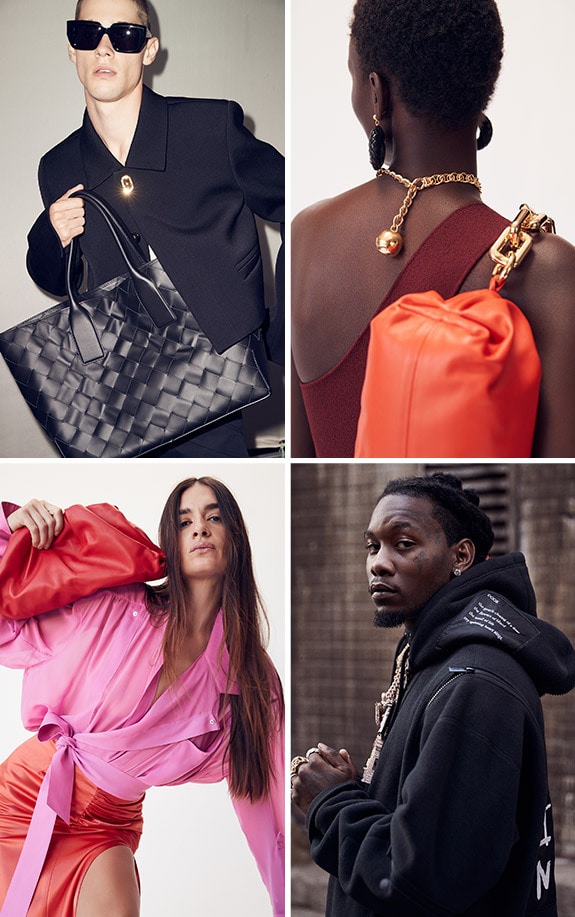 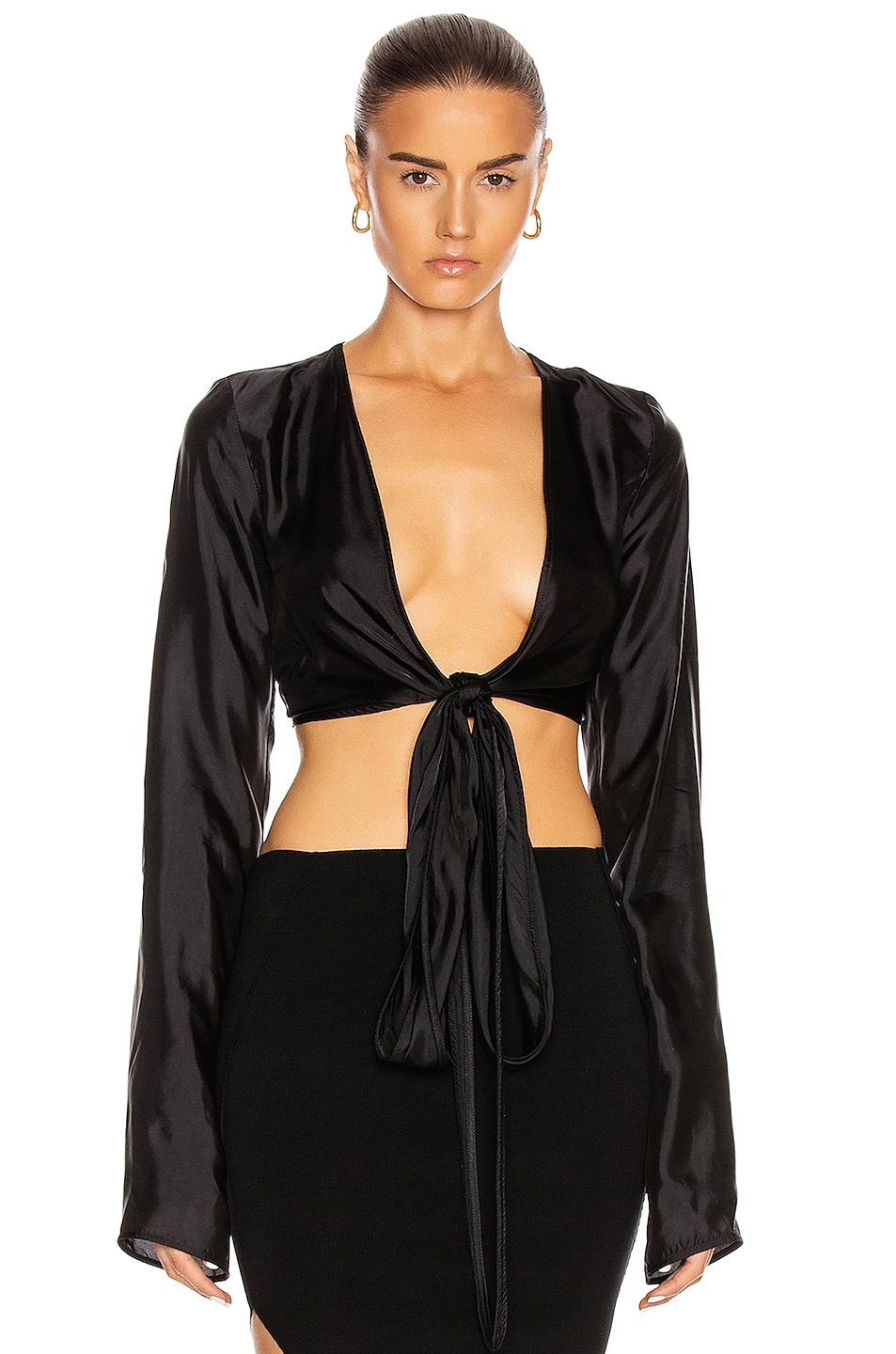 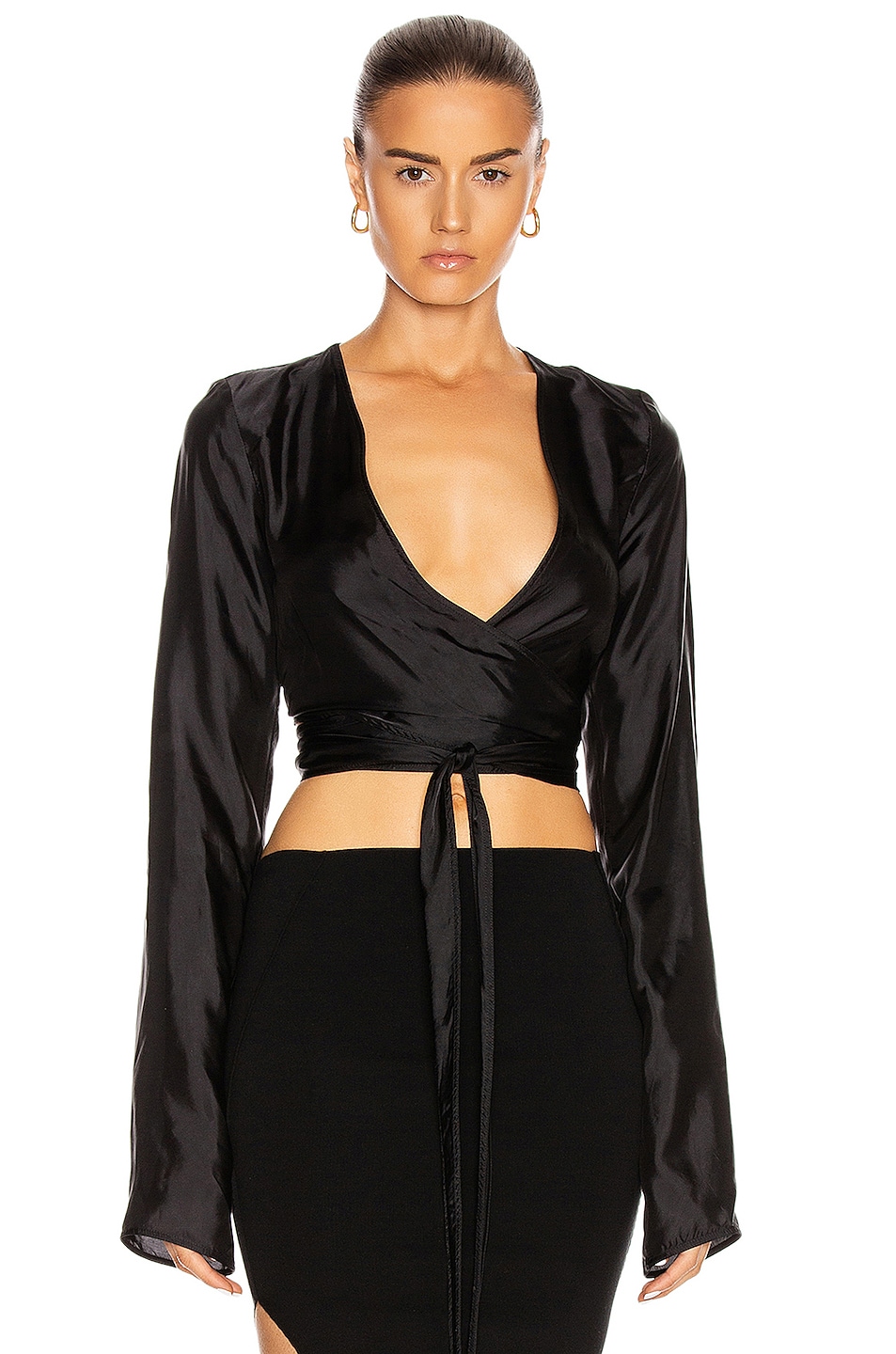 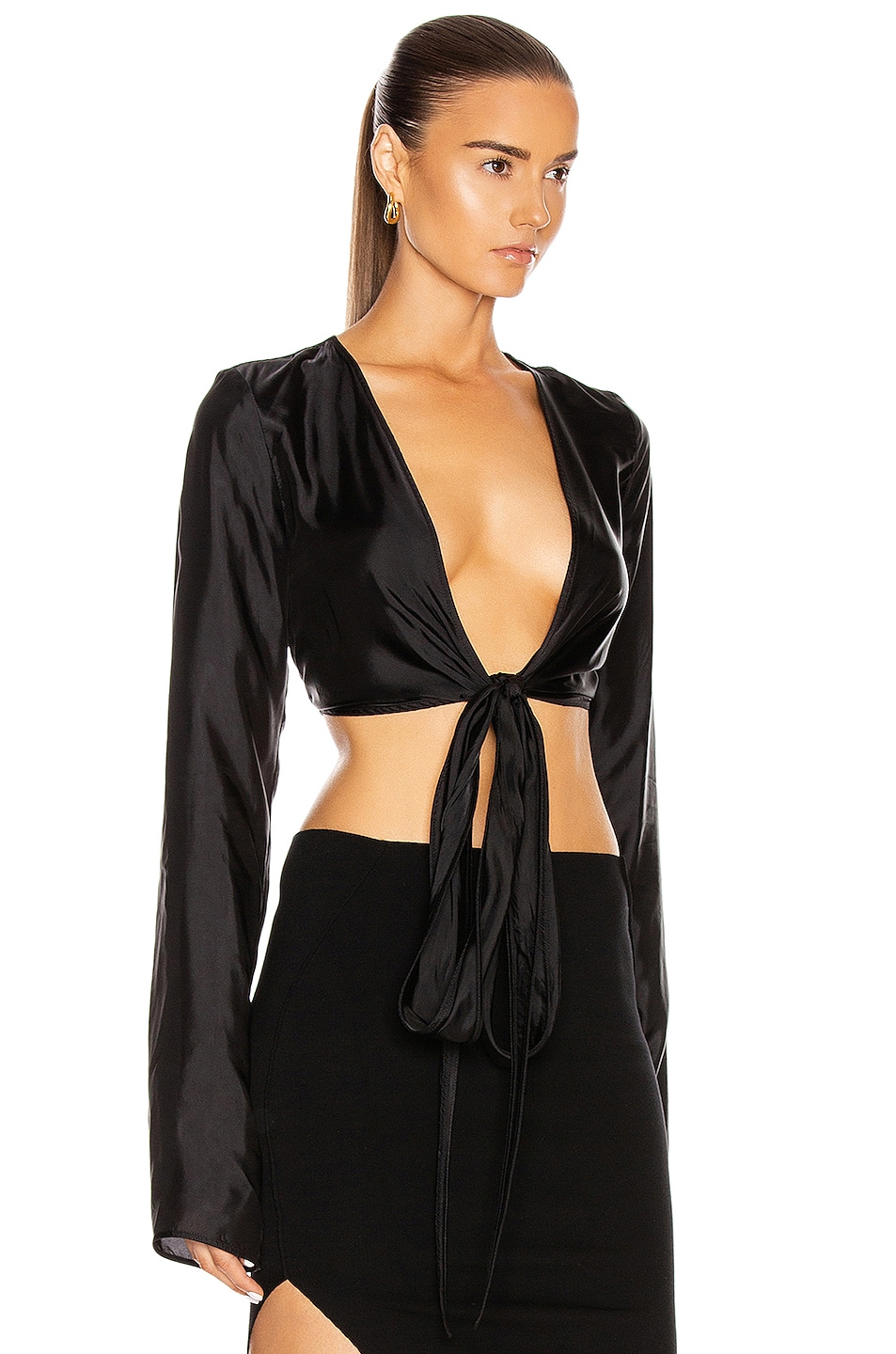 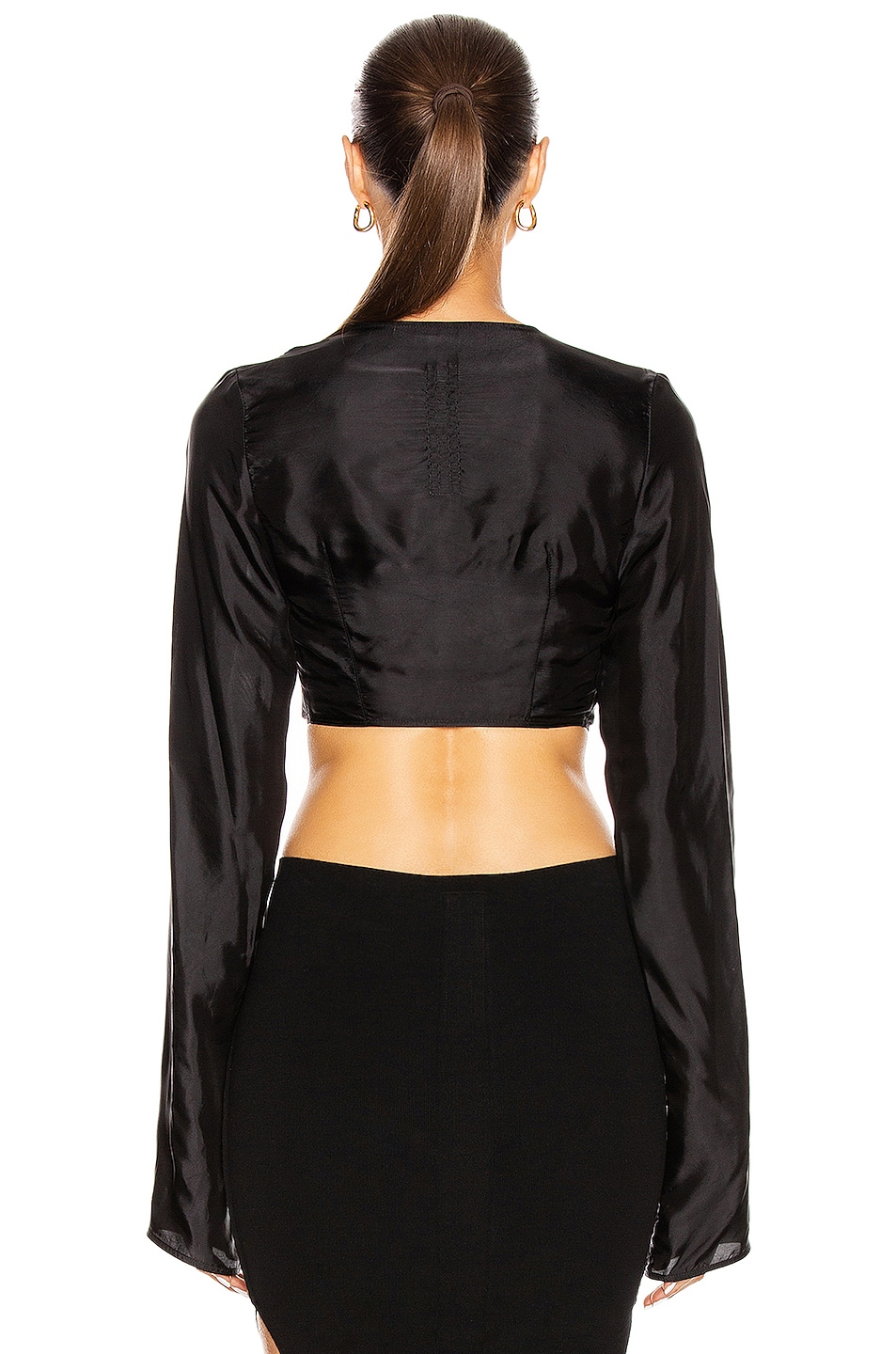 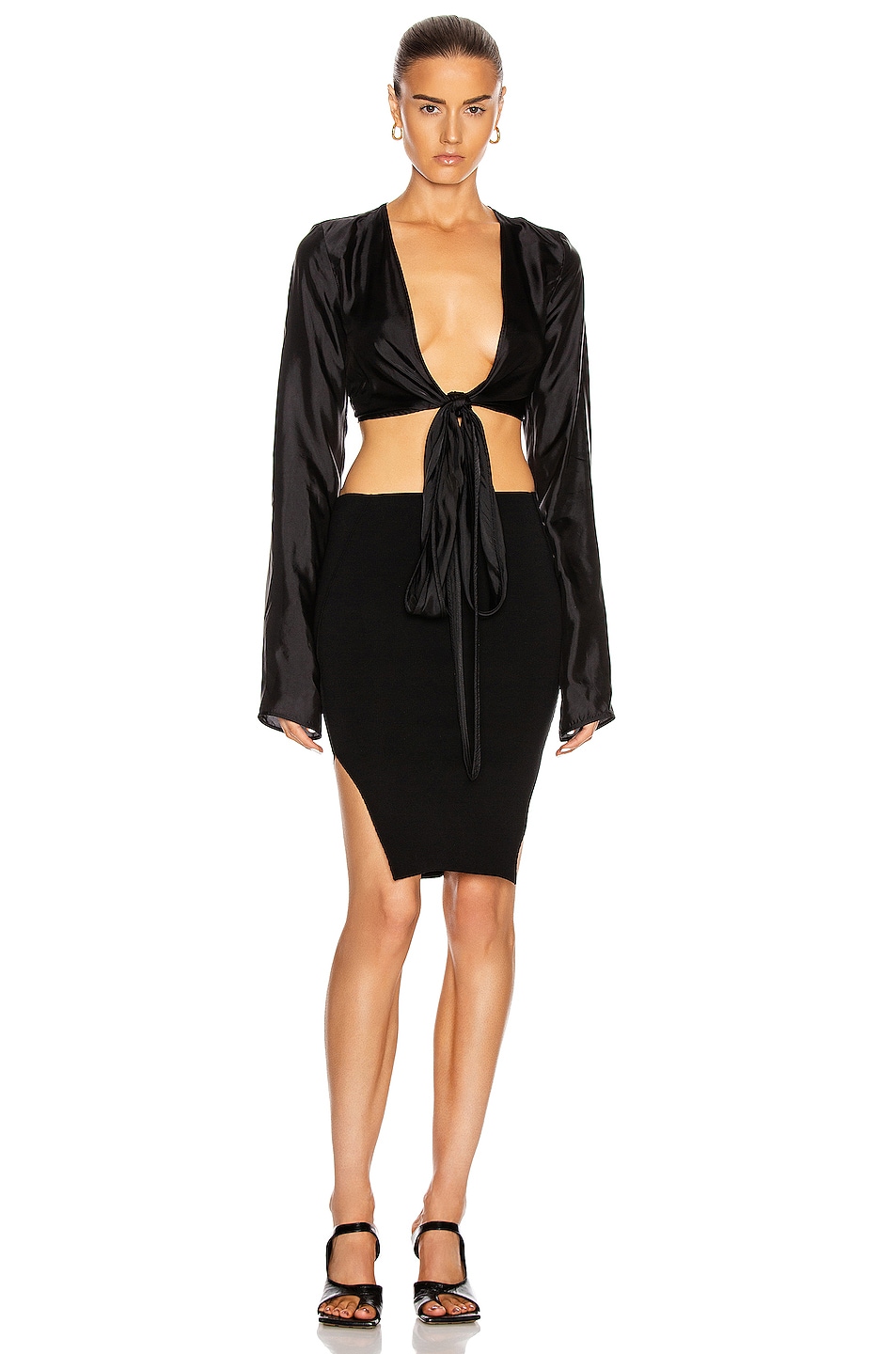 53% viscose, 47% cupro. Made in Italy. Dry clean only. Tie front closure. Semi sheer. This item is not available for international export. Our Style No. RICK-WS189. Manufacturer Style No. RO20S1794 K.