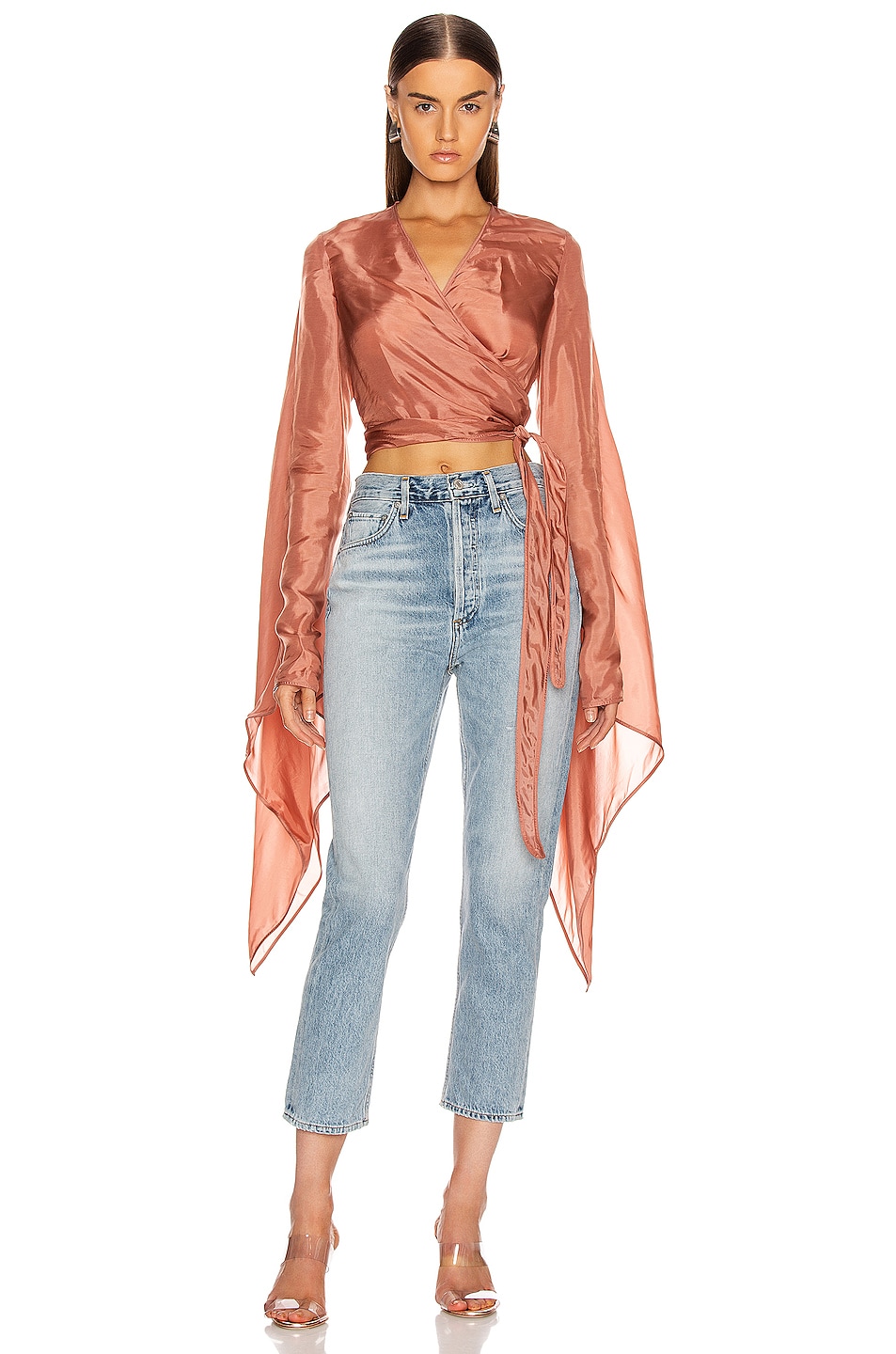 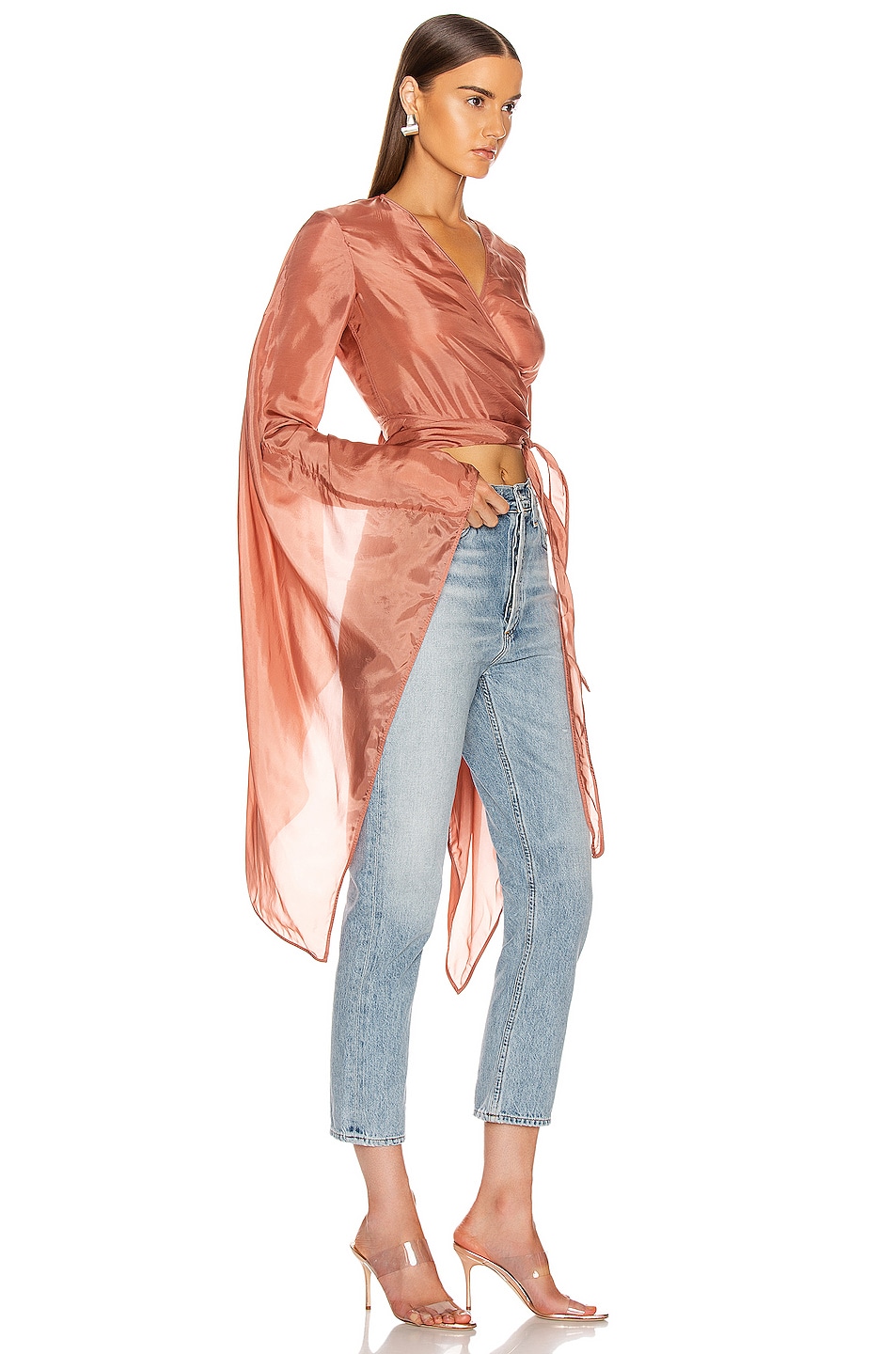 100% cupro. Made in Italy. Dry clean only. Wrap around tie closure. Flared sleeves. This item is not available for international export. Our Style No. RICK-WS158. Manufacturer Style No. RO19S6762 J.