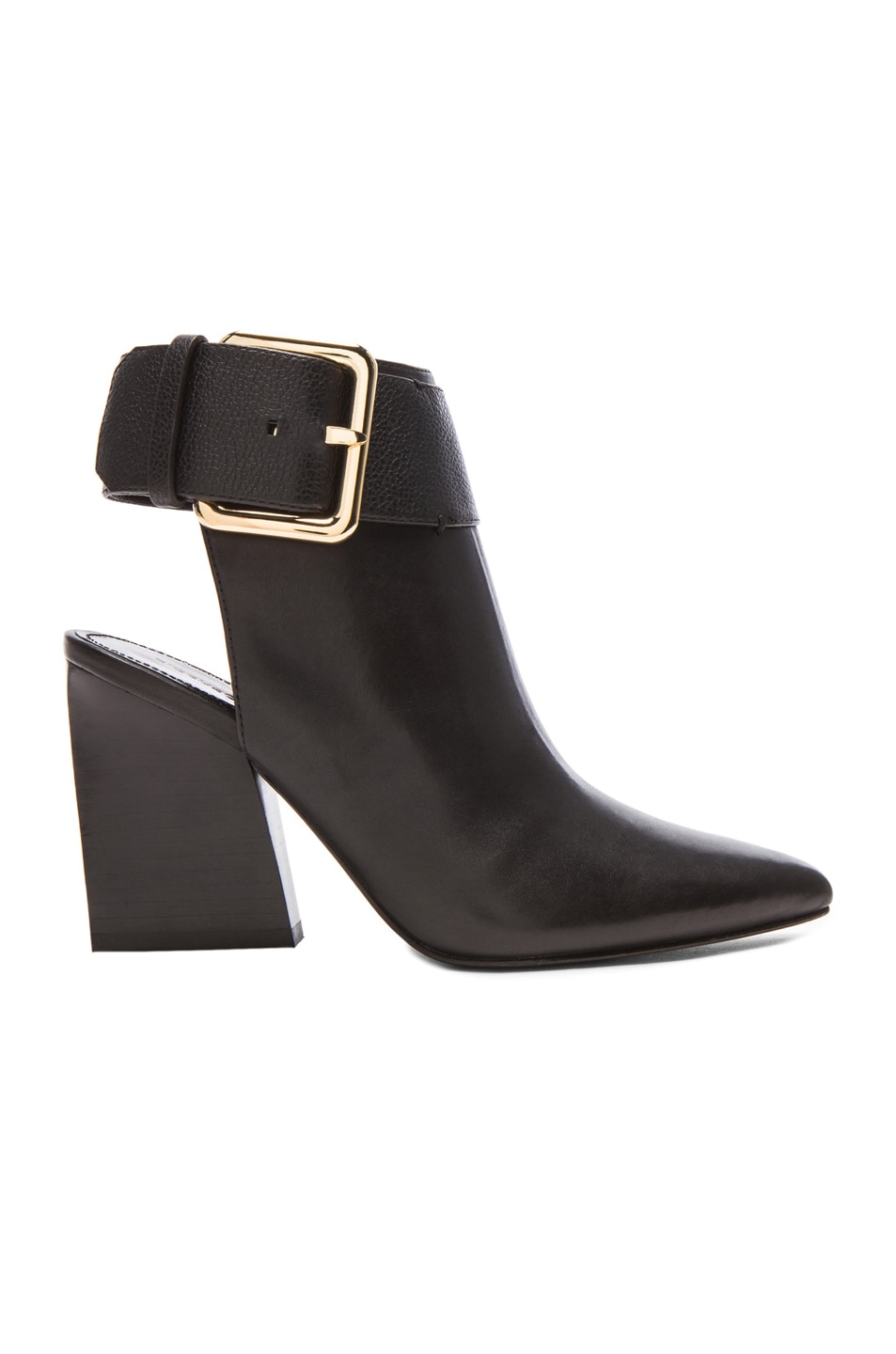 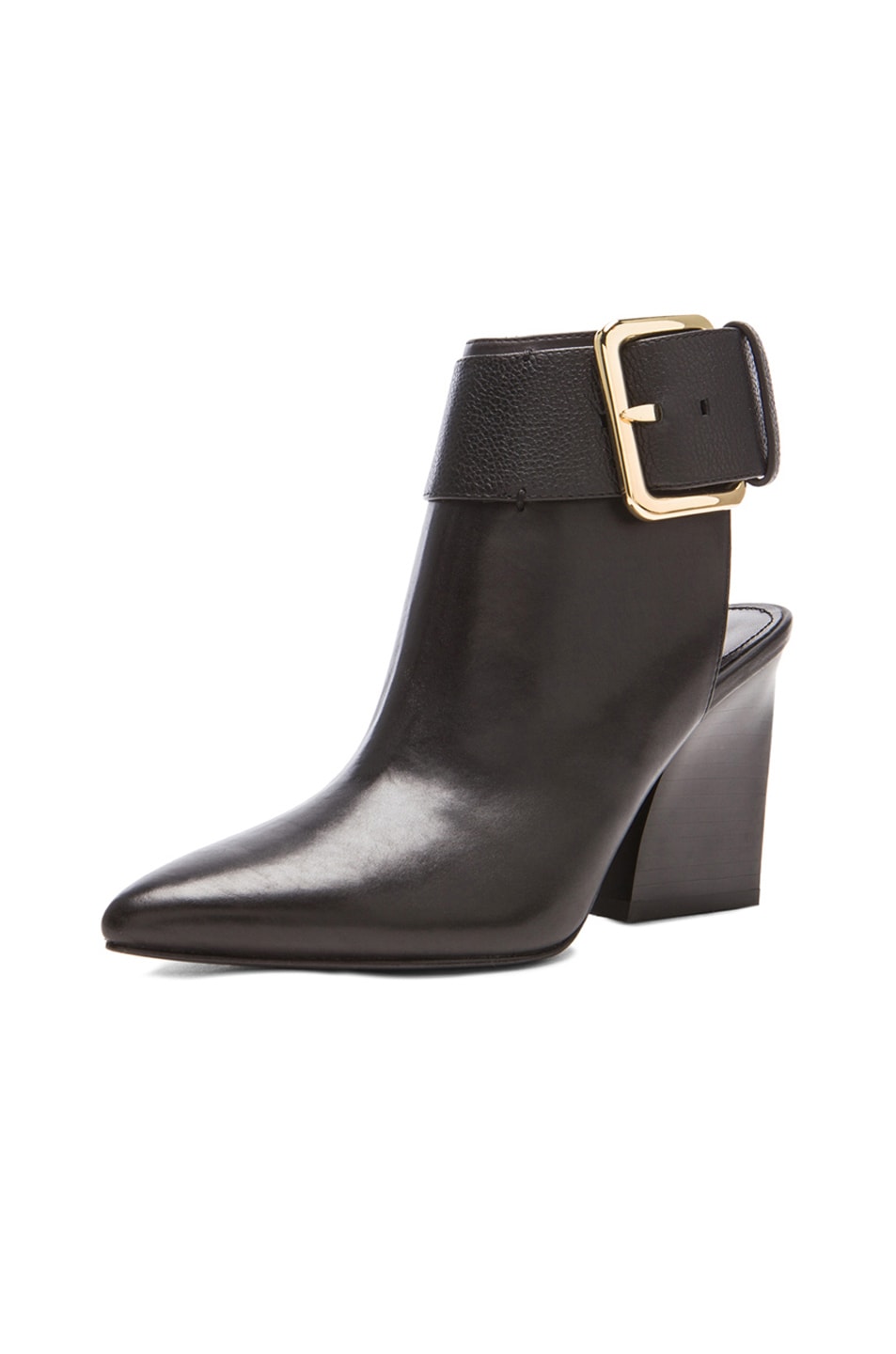 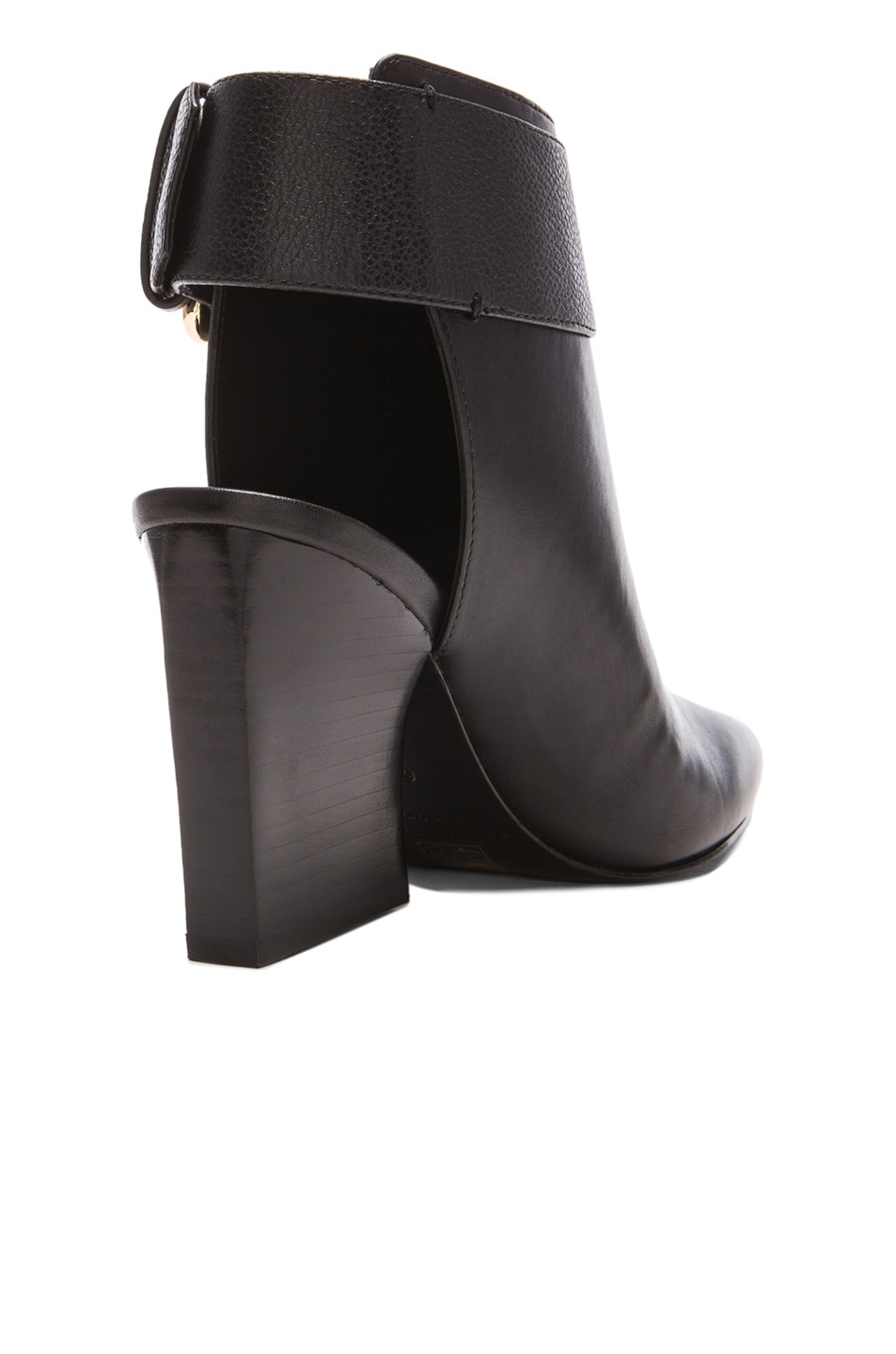 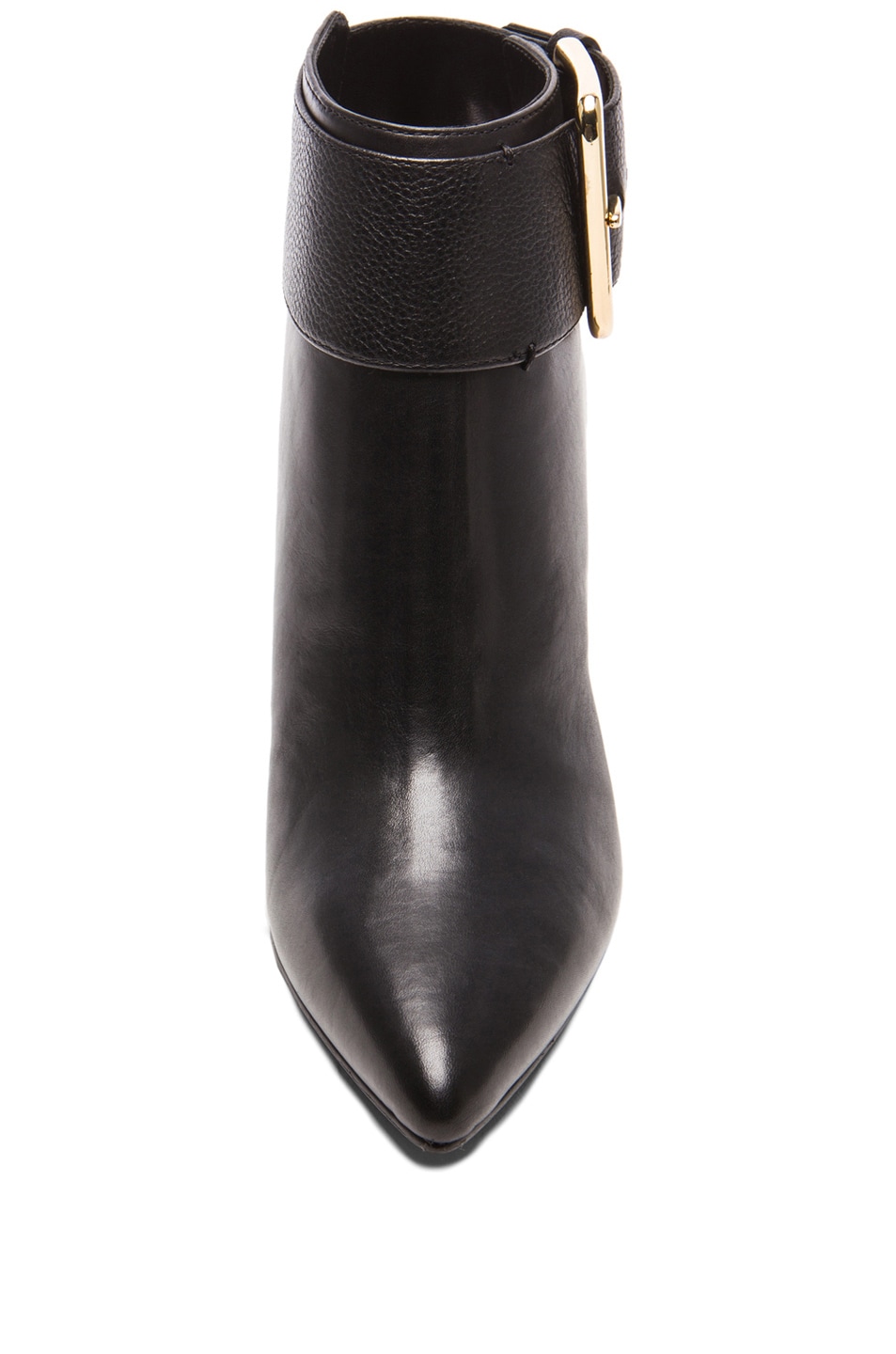 Genuine leather upper and sole. Made in China. Approx 100mm/ 4 inch heel. Ankle strap with gold-tone buckle closure. Cut out detail on back. Our Style No. SIGE-WZ17. Manufacturer Style No. ICE.